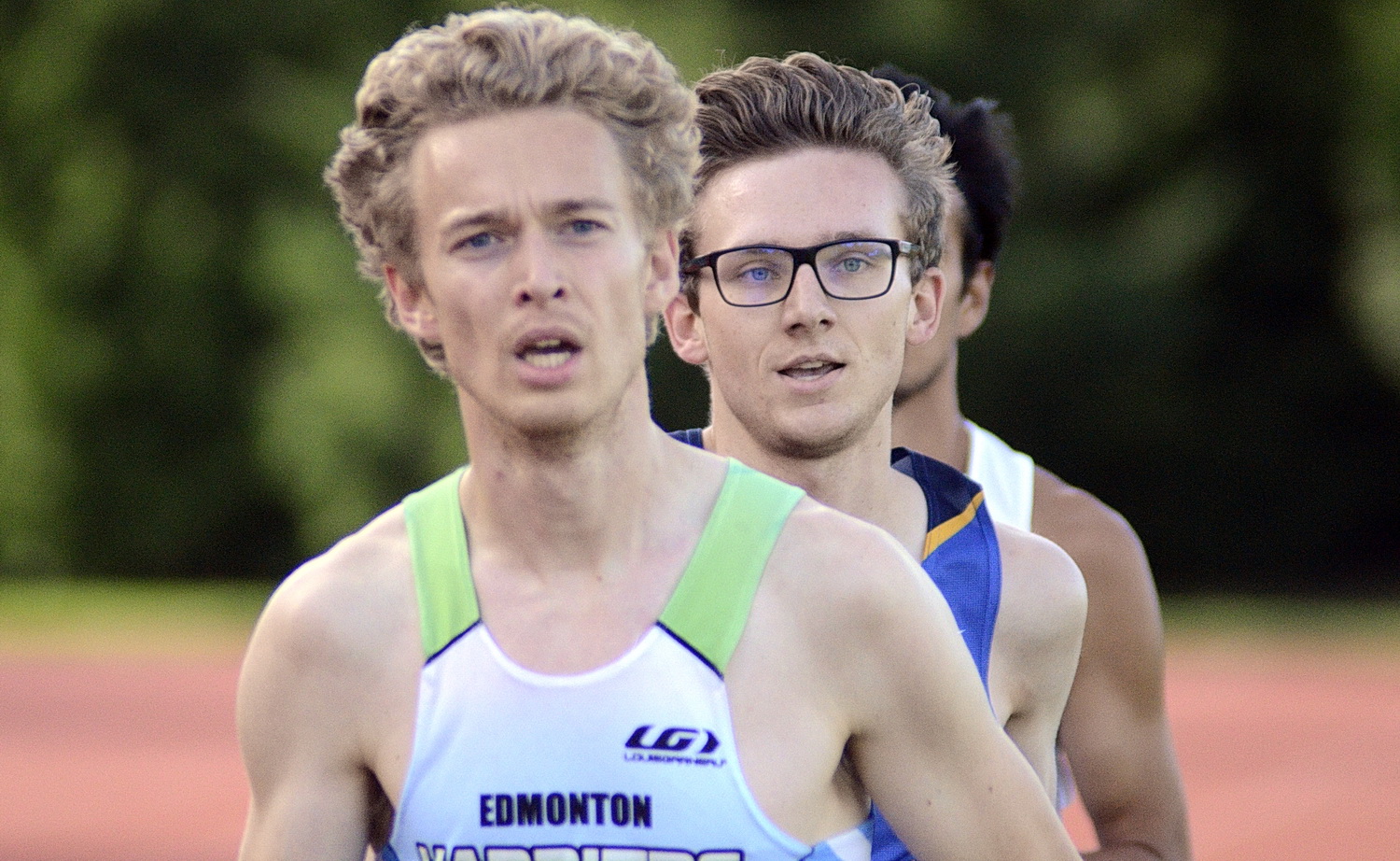 Night two of the inaugural Coffee Cup Classic took place at the University of Victoria’s Centennial Stadium Tuesday night with four 800m races and one men’s 3,000m event. There was also an untimed kid’s fun 4 x100m relay. The relay was led by Vic City Elite athlete Rob Denault, who was having more fun than everyone else in the stadium explaining track racing to the kids.

“It was a good race and it is nice to set a personal best,” said Propp. “And Mariah did a great job pacing through 400m; that helped.”

“Now I will get ready to race nationals in Montreal at the end of the month.”

In second place was Laurence Cote finishing in 2:03.56. Her best is from last July with a 2:03.02 performance from the national track and field championships that took place in Ottawa. Finishing third was Devan Wiebe in 2:06.05. The former University of British Columbia Thunderbird owns a best of 2:03.21 from 2016.

Matthew Winkler, running for Split Second, won the men’s elite 800m in the time of 1:50.85. The former Vike finished in front of Dean Ellenwood who crossed the line in 1:51.09 –  a new personal best. Ellenwood previously ran a 1:51.54 at the 2016 Harry Jerome Track Classic three years ago. In third place was Rhys Kramer in 1:51.30. Vaughn Taylor, who won the off-distance 500m event Monday, paced the crowd through 400m.

Oak Bay High School grad Michael Barber set a new personal best of 1:58.35 in the third section. He was seeded second with a 1:59.45 season-best time, which is the exact seed time for Kaelan House, who didn’t have the race he was hoping for.

Although Jaiveer Tiwana of Coastal Track Club fought hard to catch Barber, there was nothing doing, he finished second in the time of 1:59.52 – he was seeded first with a season’s best of 1:59.00. Third overall was Vike Derrick Ushko in 1:59.71. It was a close race on a breezy and cool night.

University of Victoria Vike Brandon Vail, going into his third year won the 3,000m in a new personal best of 8:27.13. It was better than a seven-second improvement on his previous record of 8:34.88.

The Edmonton native was pleased with his performance.

“It was nice to not have to think too much during the race as Cole Peterson took me through 2600m on pace.”

“Now I will take a couple of weeks off and then get ready for cross-country season,” added Vail.

Vail sat behind his pacers Peterson and Mitch Brasher, then let loose over the final lap, looking strong. He pulled away, well in command from Langley Mustangs’ James Lam over the final 400m, who finished in the time of 8:33.51. Finishing third was Michael Schriemer in 8:56.26, who is just going into Grade 10 at Kelowna Christian High School this year.