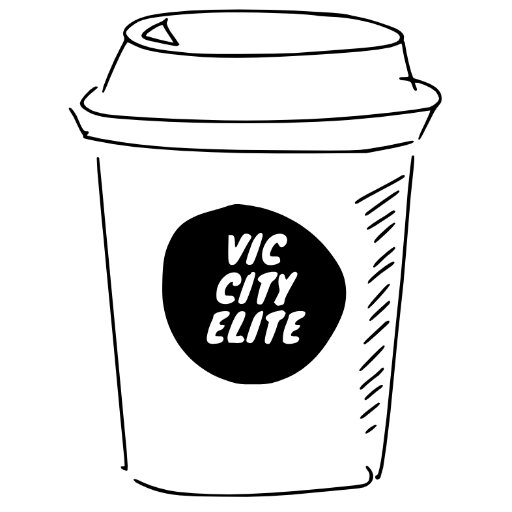 Entry for the Barclays Marathon one year was a license plate and a t-shirt. Seems odd as a registration payment for a race, but the creativity brings character to the event, like as if Barclays needs any more so-called character. Race director Gary Cantrell bases entry on what he needs at the time like flannel shirts or garden implements. It’s now a legendary event.

Brand new to Victoria is the Coffee Cup Classic track meet. Granted the event is a last-minute fill-in during a gap in the track and field season, entry is a coffee cup or coffee mug for the coffee brigade at the Pacific Institute for Sports Excellence (PISE), where CSI Pacific and Athletics Canada’s West Hub are located. Coach Geoff Harris, a 2012 London Olympian, leads the coffee brigade. He and fellow AC West Hub coach Heather Henniger came up with the idea. The cups and mugs will literally fill their coffee brigade needs, ala Barclays Marathon.

“The meet at UVic’s Centennial Stadium is an opportunity for local athletes to compete without having to travel to Europe. Granted it is nice to travel to Europe, but it is logistically a lot of work, especially when you just end up racing the same people there as you do at home,” said meet director Harris.

“As a last minute event, we didn’t want to complicate things with paid pacers, accommodations, travel, and prize money the first year. But we have a gap in the schedule here and we hope to grow this meet and at the same time make track fun again.”

Centennial’s new track surface is fast according to Harris and company.

Speaking of making track fun again, recently, BC Athletics put on the Pacific Distance Carnival in Burnaby (Vancouver). Inspired a little by the Night of the 10,000m PBs in London, UK, the Carnival was arranged as a legitimate track meet but for all abilities and with fun in mind – yes beer was available. There was a decent crowd at Swangard Stadium despite the historic Toronto Raptors’ NBA championship win going on at the very same time. The scheduling gods were cruel that night.

Among the ashes of the National Track League collapse, remained Guelph, Ontario’s Speed River Inferno and the long-running Harry Jerome Track Classic also at Swangard, but the Victoria Track Classic died and with it the opportunity for competitive racing on the island. Victoria has at least three competitive groups in AC West, Vic City Elite and the University of Victoria Vikes. Also, there is a strong youth and junior contingent with the perennial island and provincial champion Oak Bay High School and Prairie Inn Harriers Youth Team. There are also a few local Paralympians who also need competitive opportunities. The meet has IPC certification.

“We saw the gap and know we needed to put this on. Nationals are a little later than usual this season taking place in Montreal July 25-28, so this is a good opportunity for all these athletes to compete. We are getting interest from throughout BC and Alberta,” said Harris. “Plus I have contacted just about every coach I have ever met from throughout North America.”

Harris will be at the provincial championships in Kamloops July 5 and 6, beating the drum – or coffee can, if you will – for the Coffee Cup Classic.

“This will be a good opportunity for athletes to pace one night, race the next or the other way around.”

Monday, July 15 at the University of Victoria, there will be 1500m and 500m races and Tuesday night, 800m and 3,000m distances. The off-distance 500m will be a great opportunity for 400m sprinters as well as the 600m indoor athletes and 800m-distance athletes for under-distance work.

“We are also putting on a corporate relay at 4 x 100m. So anyone can enter with a coffee cup or mug per entry and race the 4 x100m,” added Harris. “The baton will be a coffee cup.”

There will be official photo-timed results and the event is sanctioned by BC Athletics.

“So for athletes wanting a result or a race scenario for the stimulus, this is a great opportunity.”

To register, athletes simply need to send an email to Geoff Harris at Geoff.Harris@athletics.ca. Entrants should mention their favourite coffee and it will be indicated on the race bib – so instead of a number or first name – the bib may just read “Skinny vanilla latte extra cream no foam, and caramel sprinkles” if that’s the way you swing.