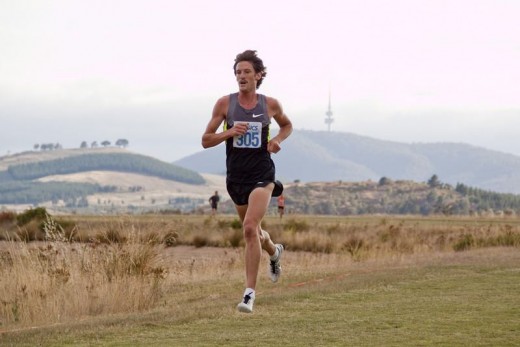 Collis Birmingham is one of Australia’s best runners. He competes over a broad range of distances from 800-metres to the half marathon.

The 30-year-old, Ballarat resident has twice competed in the Olympic Games in 2008 in Beijing as well as the 2012 London edition. The former Australian 10,000-metre record holder has competed six times during the IAAF World Cross Country Championships, once as a junior and three times in the IAAF World Track and Field Championships.

Birmingham is coached by famed Australian athletics coach Nic Bideau, who is well-known for coaching Craig Mottram, Cathy Freeman and Sonia O’Sullivan to name a few.

Christopher Kelsall: Melbourne is apparently a very athletic city, growing up nearby in Carlton House, were you influenced by Melbourne-based athletes?

Collis Birmingham: I was born in Carlton but have actually spent most of my life in Ballarat which is about an hour from Melbourne.

It is home of Steve Moneghetti, so growing up I would often see “mona” racing and training, which probably had an effect on me. I do remember as a younger athlete having my mum or dad drive me down to Melbourne to watch the Melbourne Track Classic and being able to watch athletes like Sonia O’Sullivan, Daniel Koman, and Cathy Freeman among others.

CK: What sports did you play as a youth?

CB: When I was younger I tried a lot of sports including Cricket, Basketball and AFL football, but running always stuck out for me.

CK: Was there a specific race or event that sealed the deal for you to switch to athletics exclusively?

CB: It was actually a local interclub race that made up my mind. I had raced an 800-metre earlier in the day and ran well, so I wanted to try and run my PB in the 3,000-metre later in the day. But this race clashed with an ‘A’ grade game I was supposed to play. I rang the basketball coach and said I wasn’t going to be there and I think that was the moment that I focused on athletics.

CK: Regarding the AFL, are “The Blues” your football team?

CB: No, I’m a Big North Melbourne “Kangaroos” fan and member. “The Blues” are one of my least favourite teams. If North Melbourne aren’t playing I usually support whoever is playing against the Blues.

CK: What did it mean to you as a 19-year-old athlete to have the Commonwealth Games take place in your home town? You weren’t too far from that level with your 13:38.93 5,000-metres.

CB: The Melbourne Commonwealth Games were a huge motivation for me. I had already chosen athletics as my sport, but Melbourne made me think that I could compete at an international level. I had just started working with Nic Bideau and he had a lot of athletes there who I had been training with. When you see people that you train with having success it often make your level go up. That’s a strategy that Nic has used for years.

CK: It appears that you continue to race a range of distances from 1500-metres to the half-marathon. Would you suggest that your 60:56 half-marathon in Muragame was your best performance to date?

CB: Certainly Marugame is one of my top performances. I feel like I have run at that level or close on a few occasions. World Cross 2013, Rieti 3,000-metres 2012 are two that I feel are close.

CK: Any chance you will entertain the marathon soon?

CB: I would like to give marathon a serious go. I think post-Rio Olympics I will look at running one. I will of course have to talk with my coach first.