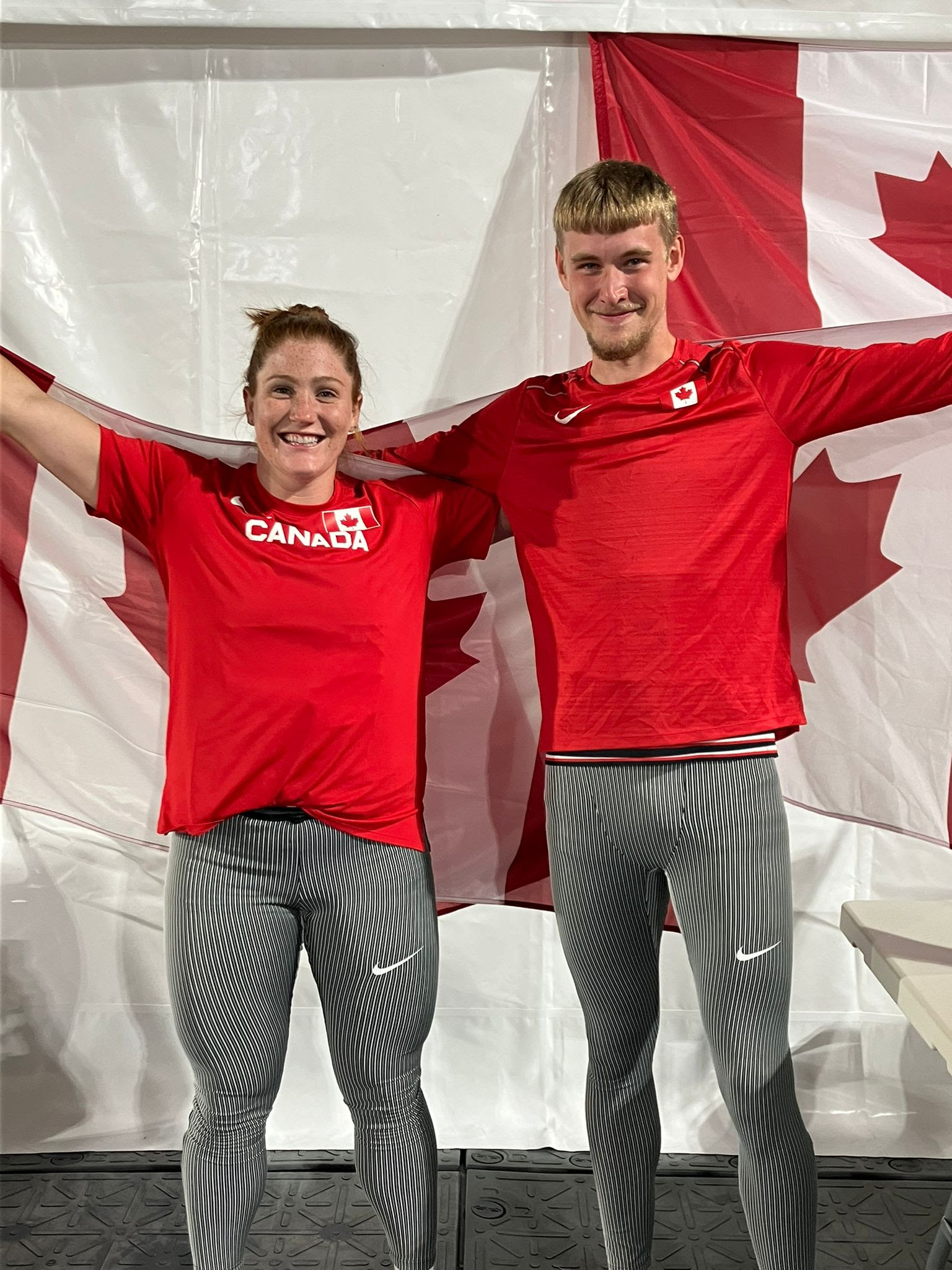 Sarah Mitton stepped inside the shotput circle for her sixth and final toss. She sat in third, trailing Maddison-Lee Wesche of New Zealand and Danniel Thomas-Dodd of Jamaica. The bronze medal spot is a good placing to occupy, unless, like Mitton, the top-ranked athlete in the competition, you are a ringer for gold.

She launched her best and final throw yelling an audible "YES!!!"

Opposite to Tuesday’s qualifying stage, in which Mitton needed just one throw and all of five minutes to make it through to the finals, the rounds on Wednesday dragged on for her fans caught in suspense. The world’s fourth-ranked shot putter showed less ease than on the previous day: she opened with a throw of 17.13 metres, still a ways off her lifetime best and Canadian record of 20.33m. She followed it with slight improvements in each round: 17.33m, 17.77m, 17.83m, and 18.29m. Still, however, she could not match the Jamaican and the New Zealander.

In the circle for her final toss, she knew the mark to beat to win gold: Thomas-Dodd’s best throw of 18.98m. Looking to the ground ahead, she settled into her low spin, launched the implement forward, and unleashed her loudest roar of the competition: YES!!

The measurement returned: 19.03m. She had won Canada’s first athletics medal of the games – a gold one, at that.

“The goal from the beginning was to go out and win it, and we achieved it, though not the way we expected,” said Mitton. “The competition started out really rough and I started doubting myself mid-competition and pulled myself back… you just have to believe in yourself.”

Mitton said she was determined to win in Birmingham after narrowly missing the podium at the World Championships last month, and even a bout with COVID last week did not derail her goals.

“Being off the podium really wasn’t something I wanted,” she said. “I came here pretty hungry. I’m so excited to stand on top of the podium and have my national anthem play.”

A solid start got him to run side by side with England’s Shaun Burrows. The pair crossed the finish line third and fourth, but in such synchrony that Gingras was not sure who had the edge.

Two medals in five minutes for Canada. Not bad. pic.twitter.com/JE0Lg4T1Fo

“I guess the nerves were a good thing – they pushed me in the last 50,” he said. “I heard my mom screaming in the stands and that gave me a good little push.”

Gingras was not the only sprinter to line up for Canada. David Johnson broke the ice for Canada on the homestretch during the morning session. His time of 11.80 landed him fifth in his heat. The 23-year-old said that, despite being at the tail end of a long season, he was hoping for a higher placing.

400m women shine in preliminary round

Three members of Canada’s 4x400m team that finished fourth at the World Athletics Championships in Oregon pivoted to the individual 400m in Birmingham — so far with stellar results.

Rio Olympian Micha Powell kicked things off for Team Canada in Wednesday morning’s 400m preliminary round by finishing fifth in a tight first heat and moving on to semis in a wild card spot thanks to her time of 53.13.

Kyra Constantine followed in heat two and brought Canadian fans to their feet by being first across the line in 52.04 seconds – the fourth-fastest time of all 32 competitors.

“I didn’t get to run the open race at worlds, so this was my opportunity to come out here… it was a nice confidence booster,” said Constantine, who was a semi-finalist in the 400m at the Tokyo Games.

Then, Aiyanna Stiverne had the chance to make Canada the only nation other than England to put three of its athletes in the semis. The 27-year-old did just that, finishing second in heat four in 53.45.

“The goal is always to make it through the rounds, so I did the job,” said Stiverne. “Now it’s to come back not tomorrow but the next day, speed up my warmup a little bit so I can feel sharper, but we got one run out the way… onto the next one.”