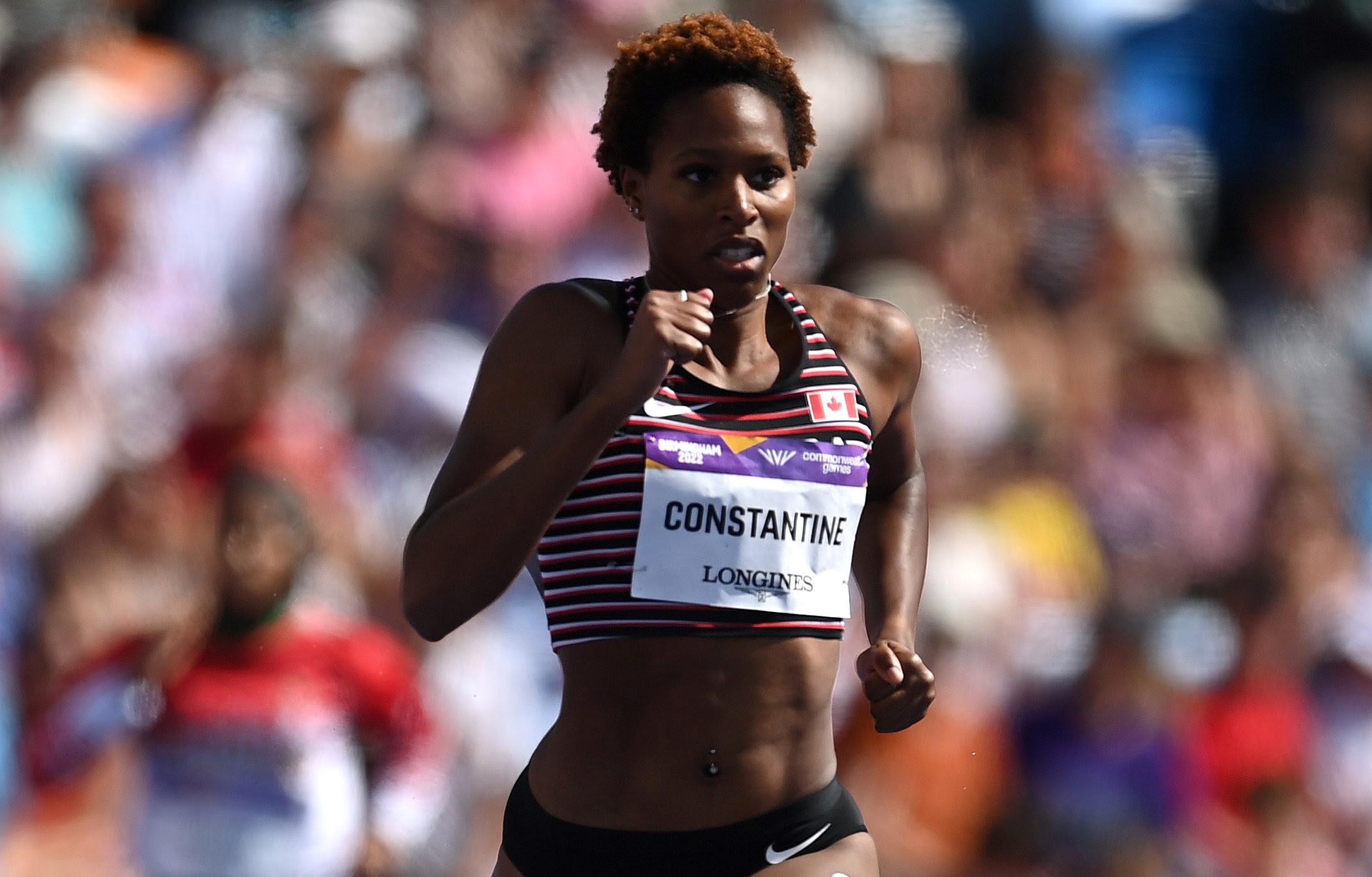 Canada goes three for three in the morning session

Michelle Harrison was the first to contend for a spot in the semi. The 100m hurdler, in her 17th race of the season, posted her 11th sub-13 second result. She crossed the line third in heat three in a time of 12.85 – just shy of her personal best of 12.74.

“Overall it didn’t feel like my best race of the season, but I’m happy to get the little q and move on Sunday to redeem myself in the final,” said Harrison.

Michelle Harrison goes 12.85 and finishes third in her 110mH heat with a big Q.

The Sask hurdler has stacked months of good races together. Commonwealth final up next. pic.twitter.com/a9dNtdOS7r

Lucia Stafford followed in the 1500m. The 23-year-old had spent the week between Oregon and Birmingham championships battling COVID-19 and, once recovered, made it her goal to still qualify for the final. She crossed the line fifth in her heat in in 4:16.15, automatically making it through.

“I wanted to conserve as much energy as I can, so it was pretty slow,” she said post-race. “I know all those girls are capable of running that, so was as just to stay patient.

I made it to the final, that’s really what the goal was, and the rest is gravy.”

Meanwhile, Christabel Nettey contended with 17 other athletes at the long jump pit, looking to earn one of 12 spots for the final. The Canadian record holder faced windy conditions and came out of the competition with a best jump of 6.45m, good enough for tenth and a place in the finals.

“I’m definitely not happy with the numbers, but I’m back in the finals so definitely looking to put some big things out there,” said Nettey, who has come just 12cm shy of her lifetime best of 6.99m this year.

“it’s redemption of my season right now… when we go into Sunday, it’s war.”

Team Canada fans waited anxiously for the evening session’s 400m semi-final, as three of their own had moved forward from the qualifying round and now prepared to toe the line. Aiyanna Stiverne, Micha Powell, and Kyra Constantine, all members of Canada’s 4x400m team at the World Athletics Championships, prepared this time to divide and conquer.

Stiverne was first to compete but faced a fast Heat 1. Her eventual time of 53.52 put her in sixth place and out of a qualifying spot.

And Kyra Constantine's kick was unreal.

But with 100m to go, Constantine, then running in fourth place, found a second wind. She charged past Jodie Williams of England and Junelle Bromfield of Jamaica and crossed the line second in 51.78, qualifying for the final.

Nearly too tired post-race, Constantine said she is looking to even better execute her race in the finals.

Powell, meanwhile, crossed the line in seventh in 53.37. “It’s been a crazy year,” said Powell. “I’m really proud of myself – first major international meet where I ran the open, and made the semi-finals. I didn’t have enough to finish the job, but I’m proud I went out there, was gutsy, and hopefully represented Canada well… the future is looking good.”

After the 400m rounds, a pair of sprinters improved upon their times from the preliminary rounds and auto-qualified for the 200m final. First, Brendon Rodney, the sole member of Canada’s World Championship gold-medal-winning 4x100m team to compete at the Commonwealth Games, finished second in his heat in 20.68. One of just three Canadian men to ever break the 20 second barrier in the 200m, he said he expects he can go faster in the final.

“It was a lot tougher than I thought it would be,” he said of his semi. “But qualifying for the final is great in itself – coming back tomorrow, I’ll just do better.”

Later on, Natassha McDonald took to the track in the women’s semi-final. The 2022 Canadian 200m champion beat everybody in her heat, save for defending Olympic champion Elaine Thompson-Herah of Jamaica. The Canadian crossed the finish line in a season’s best time of 23.21 seconds. Her goal for the next round, she said, is simple.

“Probably be more aggressive, because I know the finals will definitely be faster.”

Two of the biggest names on the T53-54 1500m final start list wore the Team Canada singlet. But a difficult day on the track awaited Josh Cassidy and Alexandre Dupont.

Cassidy, Team Canada’s flag bearer who finished fourth in the Commonwealth Games marathon barely a week ago, finished fifth in 3:25.20. A technical issue threw him off, but he said a lack of energy hurt him most.

“I just felt horrible out there – nowhere near myself,” he said. “In my prep the only thing I was playing with was my tire pressure from inside to outside, but I had a slow leek to the tire… if there is a takeaway, I probably let out too much air. But, conditioning-wise, I can’t believe how gassed I was.”

Meanwhile, Dupont, the Commonwealth defending T53-54 1,500m champion, came to the race just days removed from a COVID-19 infection. He finished sixth in 3:29.80.

“I got sick when I first got here. I had COVID and spent a week at the hotel. I’m through COVID, but I’m not in good shape yet,” said the 2022 national champion, adding that he will call it a season after a few local races back in Canada.