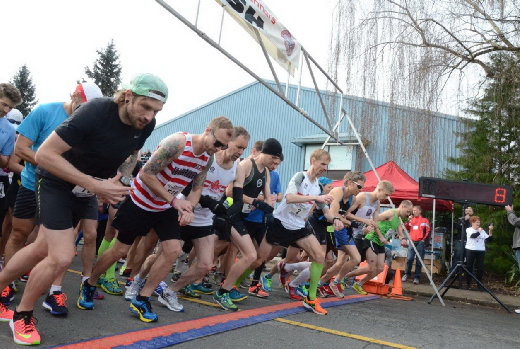 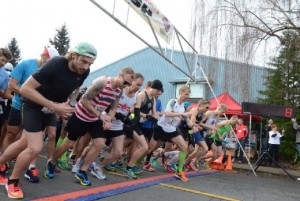 The race was won by Craig Odermatt (Prairie Inn Harriers) in 1:12:04, second was Jeremy Clegg (Bastion Running Club) in 1:12:27, and third was Nick Walker (Frontrunners Athletic Club) in 1:12:32. Odermatt was also the top Master.

Odermatt was surprised at his win, considering he had been battling a hamstring injury the previous week. “The first 5K was a little bit on the quick side and I took the lead by around 4K. I tried to run strong but I wasn’t feeling the greatest at 8K but just kept pushing through. I had a great 10 to 15K stretch which I think helped keep me in the lead, but it was tough with some headwind in the second half of the race. I was really proud of my mental toughness to push through and excited to win. It was my best half time since 2013.” 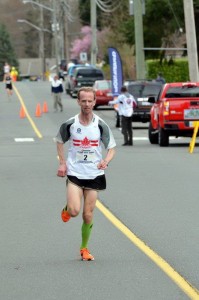 There were two course records: Race Director, Wayne Crowe (M60-65) in 1:24:32, and Roslyn Smith (F65-69) in 1:39:06. Crowe was pleased with the weekend’s events. “The weekend was initiated by pre-race banquet held Saturday evening with 100 people enjoying great food, great entertainment and a stimulating talk by mountaineer, runner and author, Lindsay Elms. Sunday was a great day for a race. We had a weather window that, except for a light breeze, let us run in almost ideal conditions. The food was great as always and there were excellent draw prizes donated by over 50 businesses. This year the overall and master’s winners each received an engraved native art print of the Koumox Glacier by local artist Andy Everson. We hope that everyone had a great time and a successful event and we invite them all back for next year.” 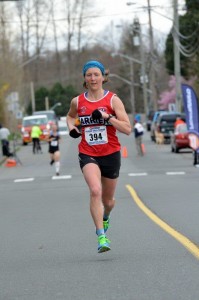 For race results go to: http://racedaytiming.ca/vira/2015. In the club standings the Prairie Inn Harriers lead with 2965 points followed by Comox Valley Road Runners with 1916, and Bastion Running Club with 1274.

Eight races make up the Frontrunners Island Race Series. The next race is Merville 15K on April 12, and then Sooke River 10K on April 19. All races are sanctioned by BC Athletics.

To register online for the race go to: www.vira.bc.ca. Historical results from races dating back to 1980 from previous race series can be seen on http://pih.bc.ca/results/island-series/Summary.php