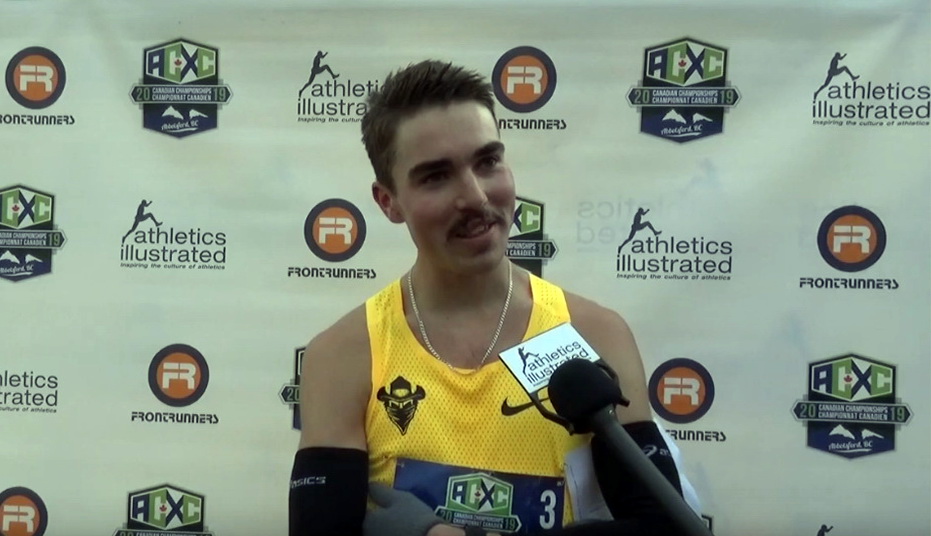 The two were crowned Canadian Cross Country Champions for the first time, however, Black did win the 2018 USport national title when competing for the Calgary Dinos.

Black, who hails from Forest, Ont., defeated the defending champion John Gay of Vancouver, who is a 2020 Tokyo Olympian in the 3000m steeplechase. They raced together, but it was the final lap of the five-lap, 10K race where Black dropped his competitors. By the time the race was over, Black had created an 11-second gap stopping the clock at 29:38 to 29:49.

Staehli was ranked as one of the top athletes leading into the race, but the win was a small surprise. On Sept. 11, the 28-year-old won a road 5K in Moncton, NB in the time of 15:55 for a new personal best. The Lucknow, Ontario native did one better last week with a 15:33 performance. Lucknow is situated 200 kilometres west of Toronto on the edge of Lake Huron, where she spent time running on the back roads growing up there. Her 5000m best is 14:57.50, so she was certainly a top-rated athlete entering the race.

Calgary’s Maria Bernard-Galea took fifth after having led during the early kms, giving way late to St. John’s Newfoundland’s Kate Bazely who is age 38, who is a 35-plus masters category athlete, so hit the podium in that category.

The 40-plus master’s category race was won by Victoria’s Jen Millar, defending her 2021 title.

In the junior men’s race, Roman Mironov and Jude Wheeler-Dee tied and temporarily held hands as the two U20 athletes approached the finish line. They are both credited with finishing in the time of 25:13, while the third-place finisher was Rudy Saal who stopped the clock at 25:19 over the 8K course. All three are from Ontario.

In the U20 women’s race Erin Vringer of New Brunswick won in the time of 21:55. Finishing in second and third place was Quebec’s Marika Couture in 22:53 and Ella Ballard from Victoria, BC finished two seconds back.