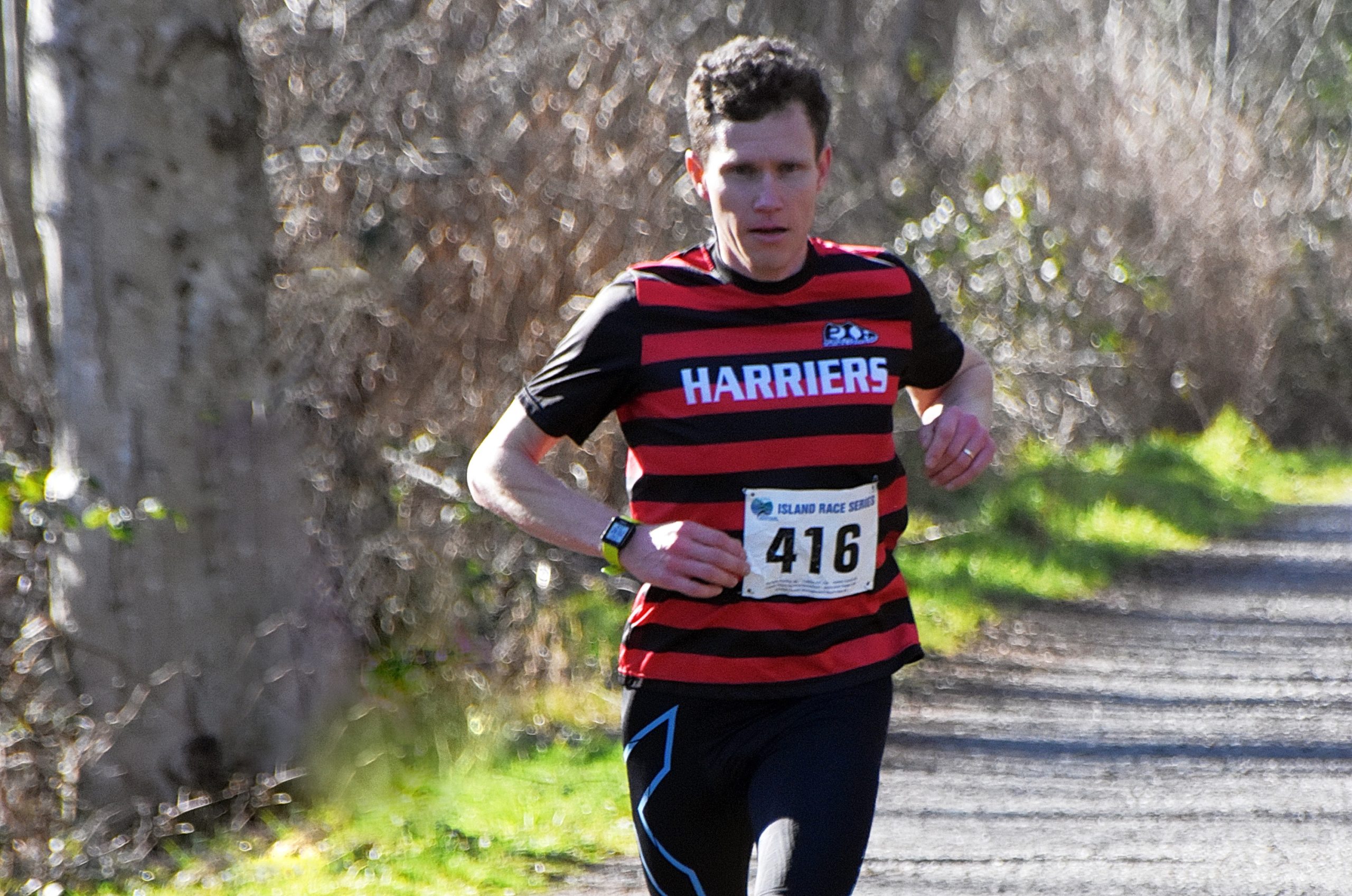 Bruchet clocked a finish time of one-hour, three minutes and 25 seconds, just six seconds ahead of Justin Kent from Surrey and another six seconds back for third place was Kelowna’s, Trevor Hofbauer. Nineteen men run sub-70-minutes.

Bruchet’s performance is just 13 seconds off his personal best of 63:12 from March 2021. The 30-year-old, two-time Olympian is more known for his 5000m performances including his best of 13:12.56 from June 2021. For Kent, the finish was a personal best by over half a minute. Kent’s official best was 64:00 (he has run faster in a virtual race). The First Half third-place finish was a new best for Hofbauer as well. The former Calgary resident and second-fastest Canadian marathon runner of all-time (2:09:51) ran a half-marathon in Philadelphia in 2015 in the time of 64:30.

It looks like all three of them are using some new floating shoe… pic.twitter.com/vneJll5QUd

Wodak not only set a course record, she also set a Canadian masters (40-plus) record finishing 18th overall in the time of 71:32. Twenty-six seconds and two positions back was fellow master Malindi Elmore of Kelowna. Leslie Sexton finished third in the time of 72:40. Elmore and Wodak finished ninth and 13th in the Tokyo Olympic Marathon.

Elmore previously held the masters record with her 72:16 performance from March 26 last year. Wodak already holds the W35 age category record with her former national open half-marathon record of 69:41, which she ran in Houston in January 2020. She was the first Canadian ever to break the 70-minute barrier in that race.

Six women finished under 75-minutes. Lauren McNeil took fourth in the time of 73:12, Anne-Marie Comeau fifth in 73:23 and Toronto’s Sasha Gollish clocked a finish time of 74:11. She also runs in the masters 40-plus division.

The First Half Marathon, with that auspicious name, also refers to itself as the fastest half-marathon in Canada. Eighty-three runners including 12 women clocked a finish time under 80-minutes.

The Hatley Castle 8K is a half-road, half-gravel “road race” in the Vancouver Island Race Series. It was race number two this year, as the first race of the series, the Harriers Pioneer 8K was rescheduled to later in February.

Andrew Russell with the Prairie Inn Harriers Running Club won in the time of 26:44. He is also the first master to finish, taking the 40-44 division. Second was Peninsula Track and Field Club’s Aaron Holmgren who clocked a 27:20 finish time, he was the second master. Jonathan Walker with Esprit RC took third in the time of 27:22. Finish times are two to three minutes slower than in a typical road race due to a pair of bigger hills as well as the gravel surface.

“I surprised myself today with a solid race and good sensations,” shared Russell, who is gearing up for the Chuckanut 50K which takes place in March in Bellingham, WA.

“Hatley rewards a strong runner with a good pacing strategy. I managed my effort well today and used the profile to my advantage. Aaron Holmgren led the field through the first 4K up the main hill  Along the top flats I was able to bridge up to Aaron and work with him. When we hit the gravel I found some good rhythm and opened up a gap which I was able to hold to the line. Fantastic to be back racing the VIRA series again.”

Russell is also planning the Tiger Claw 25 miler in Issaquah in May.

“I heard it had a fair few tough hills so I was aiming to run as close as I could to a 4.00/K pace. I started off near the front but there were a few women in front of me, but when we reached the first hill going towards the 2K turnaround point I just thought I would try to make a break for it and tackle the hill quite fast,” said Parsons. “From there on I just tried to maintain my pace and keep a lead.”

She liked the course “It was challenging but rewarding. Because of the uphill sections you always feel really proud when you come away with a good time. I also got an 8km PB, so I was really pleased.”

“Hatley has always been a favourite course to me due to its unique profile and mix of surface and terrain. I would love to see more of these mixed surface runs in the 8-12k range,” added Russell.

Over 400 runners lined up at Royal Roads University in Colwood (Greater Victoria).

In the club standings Ceevacs has 728 points, Run to Beer Comox Valley, 655 and Prairie Inn Harriers, 527.

Hatley Castle 8K will be followed by the re-scheduled Harriers Pioneer 8K on February 27, Comox Valley RV Half Marathon on March 13, Westcoast Sooke 10K on March 27 and the Synergy Health Management Bazan Bay 5K and Series Awards on April 10.