Kenya’s sub 2:07 runners Philip Sanga and Nicholas Kamakya head the start list of the HAJ Hannover Marathon. However, South Africa’s defending champion Lusapho April and Germany’s marathon record holder Arne Gabius are very much in the focus before Sunday’s race. In contrast to the men’s elite field there is a clear favourite in the women’s race: Former Ethiopian Fate Tola, who gained German citizenship last summer, intends to attack the course record of 2:27:07. „We already have an entry record. Adding the running events at shorter distances entry figures currently, point to a final total of more than 22,000 athletes. We would be absolutely delighted if we could achieve this mark,“ said Race Director Stefanie Eichel. The HAJ Hannover Marathon is an IAAF Silver Label Road Race.

Elite race coordinator Christoph Kopp plans a more conservative approach for the men’s race. „We will instruct pacemakers to go through half way in 65 minutes. I think despite the two Kenyans with personal bests of sub 2:07 we have a well-balanced field. So it could get very interesting in the second half,“ said Kopp.

Lusapho April’s course record of 2:08:32 from 2013, which is also his personal best, is not a primary goal for the organisers. However the South African thinks different: „The weather forecast looks good and if the pacemakers are doing well then I want to attack the record. It is some time ago that I ran that fast and it is time now to do it again,“ said Lusapho April, who intends to run the World Championships’ marathon in London this August. „I feel fine and my training has gone well. I am in better shape than last year,“ said 34-year-old April, who is the record winner of the HAJ Hannover Marathon with three victories. „It is great to be back in Hannover. This is like a second home for me.“

Arne Gabius’ German record is just one second slower than April’s course record. It was in October 2015 when the 36-year-old clocked 2:08:33 in Frankfurt and took the 27-year-old national record from Jörg Peter. However, after that race Gabius did not finish a marathon again. He dropped out of London a year ago and was then forced to cancel his start at the Olympics due to an injury. It was not before Christmas that he could start running again. „I am happy that I am back after almost a year. I feel fine, but I can not make a projection regarding my time. However it is my goal to finish on the podium,“ said Arne Gabius.

It is likely that April’s and Gabius’ main rivals will be Kenyans Philip Sanga, Nicholas Kamakya and may be Allan Kiprono. Sanga clocked his personal best of 2:06:07 back in 2011 in Frankfurt while Kamakya ran his PB of 2:06:34 in the same year in Amsterdam. Kiprono ran 2:09:38 in Frankfurt in 2014. Sondre Moen might be in for a surprise. The Norwegian has a PB of 2:12:54 and was 19th in the Olympic marathon last year.

With no other sub 2:30 runner on the start list Fate Tola is the big favourite in the women’s race. After missing out on the Olympic marathon because she received German citizenship some two weeks after the Rio entry deadline Tola bounced back in Frankfurt last autumn. The two-time Vienna City Marathon champion was second with 2:25:42 and clocked her second fastest time ever. After training in Ethiopia she hopes for a similar or even faster time on Sunday. „My aim is to run the first half in 73 minutes,“ said Fate Tola, who looks certain to secure nomination for the World Championships in London. The 29-year-old could well smash the course record. Back in 2013 Ukraine’s Olena Burkovska ran 2:27:07 on Hannover’s very flat course. 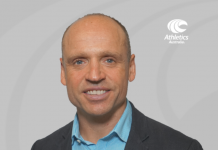 An update from the president of Athletics Australia, Mark Abib 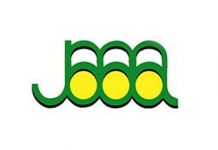 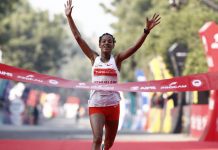