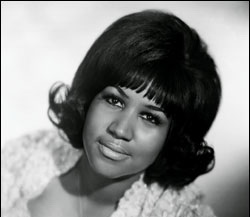 Frankly, it surprises me to no end why women are not waving their collective fists in the air, voices united in song, harmoniously belting out the chorus to Aretha Franklin’s classic 1970s hit, “Respect”.

Why women are not demanding equal treatment in regards to cross-country racing distances, baffles me. I half expected someone to chain themselves to the wrought iron gates of the offices of the International Association of Athletics Federations (IAAF) worldwide headquarters by now. They do have wrought iron gates, don’t they?

In collegiate, national and international cross-country racing, men typically compete on courses measured to be 10 or 12K. Women have raced mainly 5k, 6k or 8k.

Sing it with me sisters!

I am guessing here, but “TCB” could indicate, The Course (length) was Bull%&*t! I could be wrong.

Women have kept dubiously quiet about the lack of equality with their cross-country race distances. I know 10K and 12K are long and hard slogs to race cross-country ladies, but remember over the shorter distances you must move at a faster pace and there is less room for error over those shorter courses; all the more reason to move up.

Are women tip-toeing around the running world, enjoying their shorter race distances? Are they whistling in the dark hoping the IAAF continue with the status quo?

Division I, II and III NCAA Women’s championship races have been run at various distances. From 1981 to 2001 the race was 5K and from 2002 to the present it has been 6K.

From the Canadian Interuniversity Sport (CIS):

And yet no one has said a word about the unfair discrepancy.

The first ladies of running

It has been 122 years since Greek female runner Melpomene ran an unofficial 4:30:00 Olympic Marathon during the first modern games in Athens. During the 1960 Rome Olympics women were officially permitted to compete up to 800-metres only. It has been 40 years since Jock Semple, Race Director of the B.A.A Boston Marathon was blocked by Katherine Switzer’s personal line-backer during the race, allowing her to officially run the event as ‘K Switzer’.

Ninety-two years after Melpomene’s resolute challenge, women’s Olympic marathon was officially sanctioned for the first time. Joan Benoit, an amazing runner from New England won the race finishing in the stunning time of 2:24:52.

You’ve come along way lady, but why stop there?

These pioneering women blazed trails, literally and figuratively paving the way for the Deena Kastors and Catherine Nderebas of the world to train and race at the highest possible level. Just as importantly many female marathon runners around the world take up the challenge to compete in their age-group or just experience the fabled marathon distance are now free to run thanks to the pioneering efforts of the aforementioned.

There has been much made of past ignorance about women’s inability to withstand the rigors of training and racing. We look back now and laugh at the stupidity of it all. There were medical practitioners who actually thought that a women’s uterus would fall out while she was training. It was believed women would grow mustaches or suddenly want to become men.

CK: Ellen, was it sudden?

ED: Yeah it was sudden, one day I was out for a jog and suddenly it occurred to me that I wanted to grow a mustache and become a man.

CK: What stopped you from going through with becoming a man?

Ok, let’s forget the blame game, that was what the medical world knew then, let’s move on. So where’s the fight? Where are the burning jog bras and public head shaves? Someone in the 60’s got their head shaved for a movement didn’t they?

Legendary Grete Waitz, an all time great marathon runner won the New York City Marathon nine times. She also won the IAAF World Cross Country Championships five times at the 8K distance while the men’s race 12K. Why is that? I am sure she could have won on a 12K course just as easily.

It is said by the wiliest and toughest long distance runners, that cross-country racing is a very important form of running for aerobic and muscular development. To excel on the roads and tracks throughout the rest of the racing year it is vital to run cross-country first.

Lord Sebastian Coe recently wrote, “Try telling Paula Radcliffe, a world cross-country champion and winner on the track or Liz McColgan, with the same credentials that cross-country played no part in their prowess on the roads and track.”

“Cross-country has always been a vital part of my training program. You can develop fine muscular endurance and suppleness in your stride by running cross-country. It also develops good running form and strengthens your muscles.” -Arthur Lydiard

I say its high time women are given the opportunity to race over the correct distances when racing cross-country! Raise your voices and demand to be treated with R-E-S-P-E-C-T. Solidify your place as a pioneer in this final frontier of inequality. Proudly demand to have your cross-country races competed over the same distances as men, because ladies, you deserve to be treated fairly and equally.