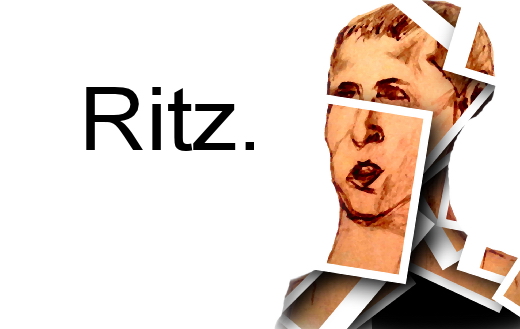 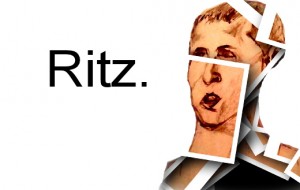 Dathan Ritzenhein is one of America’s all-time best runners over a range of distances from 3000-metres to the marathon.

Christopher Kelsall: Growing up in Rockford, Michigan, was there a running culture in the area? How did you get into running?

Dathan Ritzenhein: I started running because my Dad got into running and joined a local club called the North Kent Running Club. It was coached by the Rockford High School Coach and it really was built around the high school team. I had great athletes ahead of me and always someone to chase for the first couple of years. We would train by doing crazy stuff. My coach, Brad Prins would take us to the ski slopes and make us run up 400-600m hills, then drive us straight down the hill as fast as he could to make the recovery short. He would drive his car in circles around a field full of snow and we would do intervals in the feet deep snow tracks. We worked out five days a week. Mile repeats on the cross-country course Monday, hill repeats Tuesday, short track repeats Wednesday, Thursday short sprints like 100-metres on 100-metres off, Friday was easy, Saturday was a tempo run or race and then a long run on Sunday. It was extreme but it built a great and fun culture where we felt like we worked harder than anyone.

CK: Impressive. What other sports did you play, growing up?

DR: I played football and baseball until I was in seventh grade. Then I started to do road racing and triathlons with my Dad.

CK: You have had your share of injuries as well as great performances, for example, your 5,000m under 13-minutes as well as a 2:07:47 marathon. Is that the Ritz-reward scenario, where you have to push the potential for injury?

DR: Injuries are part of the game for me. I wish they weren’t but I have come to accept that fact. I tried for years to find the right training program for me to stay healthy. The fact of the matter is that this is the way it is for me. I still always continue to do things right but I just have to rely on all the experience I have gained when something does go wrong. I have come back successfully from so many major injuries; probably more than anyone else I can think of. Getting injured isn’t something I’m proud of, but putting my head down and working hard to stay strong through it; that is what makes me proud. I do try to take less reward now than in the past, but there is still a certain level of training you have to put in to compete on this level. Talent only goes so far. You have to want it, it isn’t something you can fake your way through. There is no place to hide once you are on the course. If you didn’t do the work, it will be obvious.

CK: You graduated at the same time as other high-achieving NCAA athletes such as Alan Webb and Ryan Hall for example. How is it that you have out-lasted them in terms of maintaining performance levels and overcoming injury?

DR: I don’t like it when I hear anyone talk about Ryan or Alan having gone “downhill”. Alan ran 3:46 for the Mile! And Ryan ran so many good marathons. We all came up together in the same years. The fact is that this sports is hard on the body. What we do day in and day out puts the body to the brink. Ryan and Alan were so good and trained at such an intense level for five to six years. But you don’t leave this work at the office. We live it 24/7. The mental part is the hardest. I have been able to stay in the game all these years because I have been able to pull myself back up each time I got knocked down. Sometimes I think the injuries have been a blessing for me because it gave my body a chance to recover. For me, it has been about doing the work when I have been hurt. Staying motivated and focused during those times is difficult; I have a unique gift for that.

CK: Is Addison old enough to understand what you do for a living? Does she get it?

DR: My kids are eight and five and they are starting to understand my job. We raised them in the world of track and field and running. They don’t really know any different. Addy grew up playing in the long jump pit for her sandbox. My wife ran with both of them for years in the stroller. They come to the track with me and ride bikes, hand me drinks and cheer me on. Now they are starting to understand competition and all the stuff I do before is what helps me to race well. Connecting the dots that I make a living by racing and training and promoting brands and events is a stretch but they do love cheering for me and they get really proud when their Dad does well.

DR: Yes, I think the 12:56 American Record was probably the best performance I have had by straight numbers. Running 8:11 for two miles, 60:00 for half-marathon and 2:07:47 are probably close behind.

CK: You are a prolific cross country runner. How important do you feel cross-country training and racing is to a distance athlete?

DR: I love cross country more than all other disciplines. From a development standpoint, it is very important. Not so much from a physical standpoint, but emotionally. It helps young athletes fall in love with running. It helps them learn about teamwork and pushing to get the most out of themselves without thinking about a clock. It really is just about competing.

CK: How do you feel about cross country potentially being added to either the summer or winter Olympic Games? If the IOC and IAAF came to an agreement, would you prefer they be run in the winter or summer?

DR: If cross-country were to be added to the Olympics, I would be thrilled. The only thing I would not like is to have missed the opportunities to run it myself! It should be added. In this country, it is one of the biggest participation sports in high school. Unfortunately on an international level, it has lost so much of its importance in the last decade. I think the rise in the popularity of road racing has been one reason for that. Really it makes more sense for it to be in the summer games I think but either one is better than not having it!

CK: Would you forego the Olympic marathon over cross-country if the event was added to the summer games?

DR: I can’t say what I would pick because I love cross country, but the Olympic Marathon is still such a big event.

CK: Apparently you have started coaching other athletes. How is that going? Are you active in that role now or are you going to slowly develop that for a post-running career?

DR: I have started getting my feet wet coaching over the last two years. I helped in the spring two years ago at the University of Oregon. This past year and a half I have been helping with Grand Valley State University. It has been good to just learn from coaches who are experienced and how they approach different situations. I would like to be more involved than I am but my own training schedule is still so full. I will continue to get more involved in coaching at different levels as time goes on and when my career slows down. That is what I really want to do more than anything. I have experienced so much in the sport that I want to be able to help young athletes do the same and to avoid the mistakes I made. I love learning and try to find out as much as I can about all different components of training.

CK: For training what does a typical aerobic conditioning week versus a race-specific week look like for you? Do you periodise in the classic sense?

DR: I don’t really train on a weekly cycle. I usually have 2-3 easy days between each workout or long run. I generally take a day off completely every 1-2 weeks or at least have one very easy day that consists of four to seven miles of easy running. I generally run 95-105 miles a week and try to supplement with a couple hours a week of cross-training. Twenty to 25% of my normal training is done on the AlterG treadmill at 85-90% of my normal weight. I usually sequence my training with one hard interval session, one longer tempo/interval session, one long run, and one shorter speed session. I believe in hard quality intervals and my long runs are generally fast but not always. The biggest periodisation in my training comes during the marathon training. I have been doing this for many years now so I don’t need to put such long blocks of training as in the past. Periodised training is important but it should be adapted to the age and level of runner.