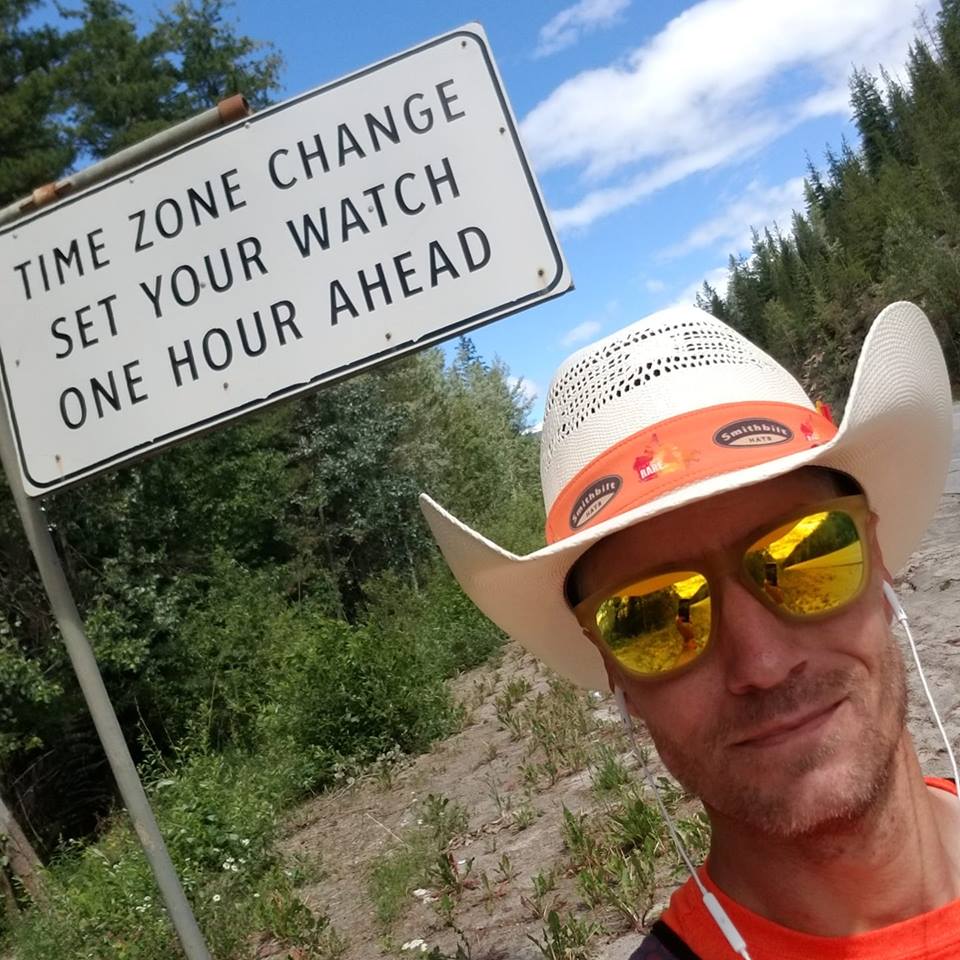 Dave Proctor of Okotoks, Alberta continues on his quest to run across Canada in record time and raise one million dollars for the Rare Disease Foundation. His cross-Canada trek is dubbed, Outrun Rare.

His trek started on June 27, when he ran 34K from Mile 0 in Victoria to Sidney, to catch a ferry to take him to the mainland and just outside of Vancouver, where he proceeded to run another 107.33K at 4:54/K pace from Tsawwassen to just outside of Mission, BC, between Mission and Chilliwack.

Proctor is looking to take down Al Howie’s Guinness-recognised record of 72 days and 10 hours, by running the distance of 7200K from Victoria to St. John’s NFLD in 66 days, which requires running 108K per day. He is currently ahead of schedule.

He has planned a 104K run for Thursday, which should see him arrive in Lake Louise, AB.

From Lake Louise, with its elevation of 1600-metres above sea level, he will begin a long, near 4,000K distance of gradual net downhill to Montreal which has a low point of two metres above sea level. He will run the rest of the way, primarily on Hwy 1 or adjacent to Hwy 1, the Trans Canada Hwy.