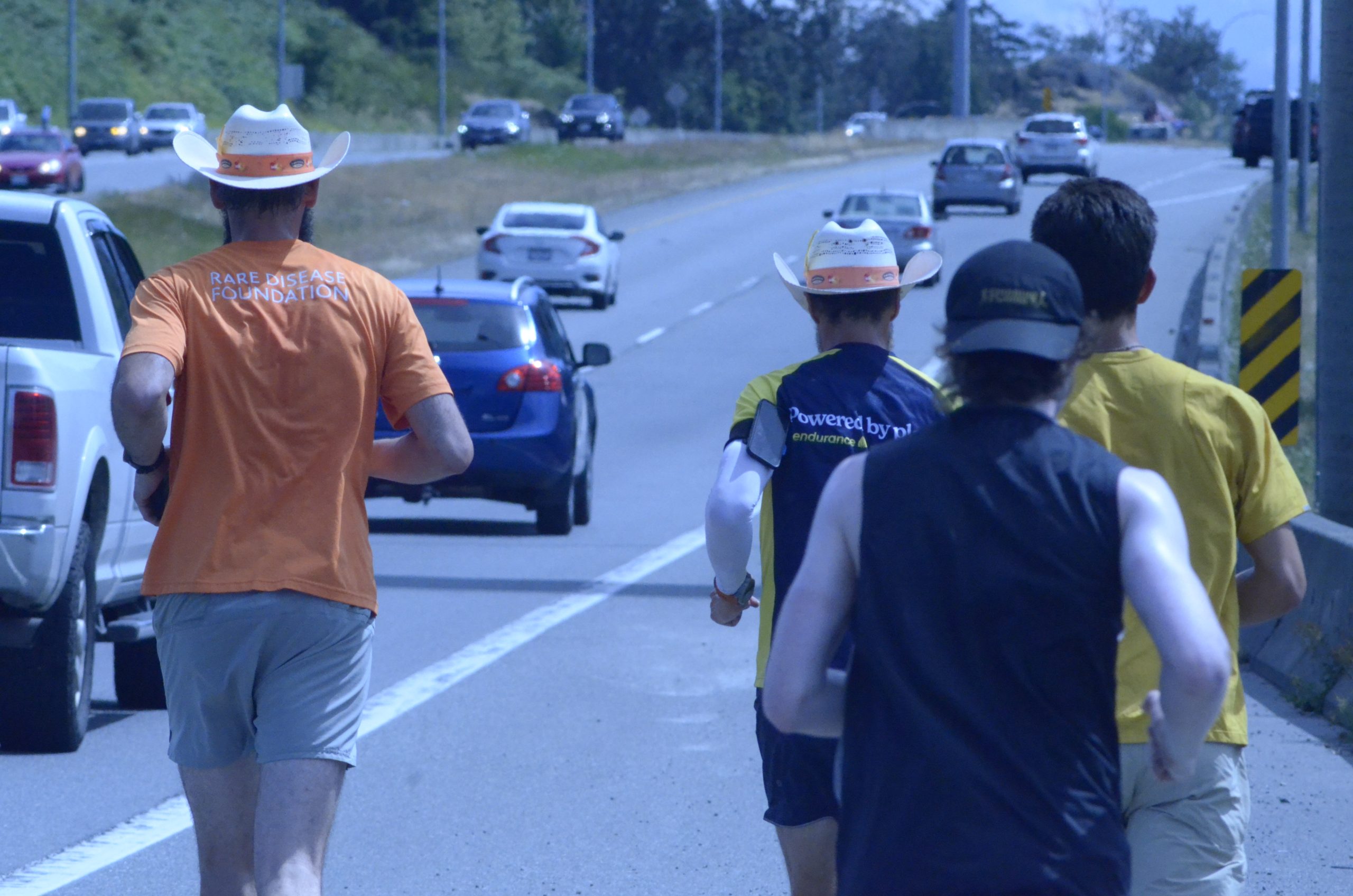 Okotoks, Alberta native Dave Proctor demonstrated incredible resolve to run 7200 kilometres across Canada in fewer than 68 full days. In so doing, he broke Al Howie’s 1991 record run that took 72 — a record long thought to be unbreakable.

Winston Churchill once said, “never give up on something that you can’t go on a day without thinking about. One should make himself stronger enough to make a difference in the world. There is no shame in dreaming big and believing in making it a reality.”

From the sugar-depleted mind of a man who was just hanging onto his emotions on Thursday, Proctor said, “after doing this, I know with support there isn’t anything that people can’t do if they stick with it.”

After going 67 days and 10 hours, Proctor thought he was tough, until he touched the Terry Fox statue at Mile 0 in Victoria at the end of his trek. He wept at Fox’s feet. He could have knapped but for the crush of reporters and well-wishers.

The 37-year-old was softened further when he was surprised by the presence of his parents, who flew out for the occasion. His father yelled to the crowd after an embrace with Mom, then Dad, “That’s my boy,” as proud as punch. The ultrarunner was brought to tears again talking about his hero Fox and Howie and his kids at home, which he emotionally shared that he couldn’t wait to see. “Just to squeeze them and to tell them all I had witnessed on the run.”

“There is the Al Howie bench over there and I just want to go sit down and have a word with him and thank him for the standard he set. Without him, I couldn’t have done it.”

Asked if he plans to take advantage of the aerobic base that he built by running approximately 108kms per day by racing, he said, “yes, but not yet,” with a chuckle. “But I would be a fool to not take advantage of it and do something very hard and surprise myself.”

In 2018, when Proctor made his first attempt at running across Canada going West to East, he described having to eat so much to satisfy his calorie intake, he said, “you look like a snake that just swallowed an animal whole.” Asked if he found a more effective way of consuming calories than he did during his previous attempt, he said, “yes, stop at every single bakery along the way, and eat in between each bakery. I still love bakery food after this run, but I can’t wait to have a salad.”

Proctor ran through 12 pairs of Altra-brand shoes during his cross-Canada run. “And I only had two blisters.”

Proctor is an accomplished ultrarunner. He set the 48-hour Canadian record at 6 Days in the Dome in 2018, which totalled more than 358kms. He holds Canadian records over 24 hours (257kms) and 72 hours (500kms). Proctor is a massage therapist in Okotoks.

Boy, he has some stories to tell his kids and clients when he gets home. First, though, there was that bench of Al Howie’s and the Pacific Ocean to go dip his feet into.

It was a record well run and now again, potentially unbeatable for a very long time.