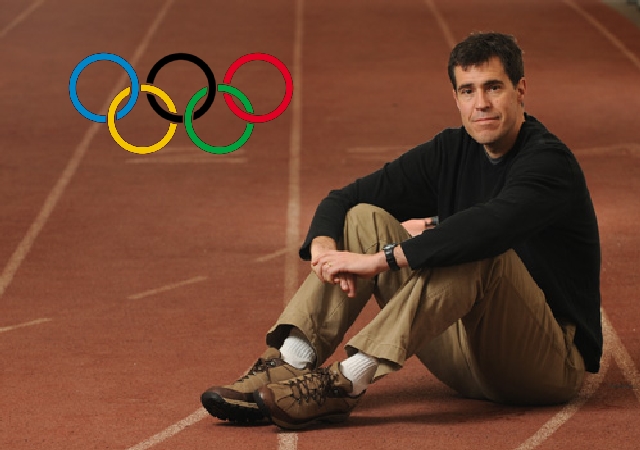 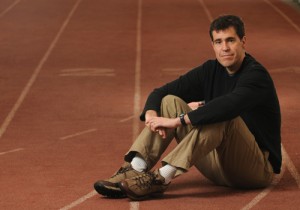 Dave Scott-Thomas is the head coach of the University of Guelph Gryphons cross-country and track and field teams, which are both ranked number one in Canada. He is also coach of several Olympians including Eric Gillis and Reid Coolsaet in the marathon, Hilary Stellingwerff and Taylor Milne, 1500m, providing they reach top three at the Canadian Track and Field Trials in Calgary June 27 to June 30th. He coaches several other competitive athletes in the Guelph area.

Below we discuss some of his athletes and preparation for the 2012 London Olympic Games.

Christopher Kelsall: You have several athletes who have run the 2012 London Olympic A standard and are likely to or are going to the games. Where are your athletes today, in comparison to your goals when you started the serious planning for this Olympiad?

Dave Scott-Thomas: We’re pretty much bang on, if not a trifle ahead, in terms of qualifying marks: four A standards and three more B’s. A couple times could be a bit faster, but were limited due to conditions beyond our control: the wind in Toronto and Hilary being ill prior to  her race in Rome.

CK: These are exciting times for the Canadian men’s Olympic marathon team. Considering Reid Coolsaet and Eric Gillis ran their respective qualifying races with fierce headwinds, do you feel their 2:10/11s are not indicative of what they can do in London, providing the weather cooperates?

DST:  They’ll be physically ready to run much faster than in Toronto- the wind obviously limited that result, but we will also have them much more fit. We’ll see what London gives us for conditions and the course will be slower, so I am less concerned right now about the time and more interested in what they will be ready to do relative to the field. We are going to race.

DST: I can see outcomes that put them in that range. We tend to have pretty specific targets and paces and will get a much more accurate idea from workouts over the next few weeks of what pace is sustainable. We’ll race to that.

CK: How does the summer look for Coolsaet and Gillis?  Having qualified nearly a year in advance sets them up well for a full training cycle.

DST: We’re looking at the Vancouver Scotiabank half-marathon, but mainly have a steady diet of volume and specific work-outs planned. We’re comfortable with how we’ve got to this place and have good reference points for fitness, so we don’t need to race a ton. The guys tend to key on 14 weeks for our final phase, whereas I tend to think longer, but that is more an issue of how you compartmentalize the prep psychologically. We had a couple wobbles the past few weeks (Reid with bronchitis) and my job is to adjust the planning to get back on track. The guys stayed cool and their last two sessions have been very good. We’re back where we’d planned, and in fact a touch stronger.

CK: Hilary Stellingwerff ran a personal best and takes the Olympic A standard in the 1500m. She had a month to go before the deadline. Change of plans for June? Is the focus on the Canadian Olympic Trials in Calgary lessened a little?

DST:  The goal was not wait until the end of the deadline; this result was right when we hoped it would be. We considered one more 15 in Europe but right now the plan is to come home, reload, maybe knock off some 800’s and get ready for Calgary. We are taking the trials very seriously.

CK: These 800s, are they happening in the National Track League?

DST: If she runs them, they’ll be here at home. I say “if” since Hilary was  ill in Rome and we need to make sure she’s fully recovered before she gets on the line again. Assuming she comes around well, we’d love to hammer some 800’s. Canadian women are running hot right now so there’s plenty of competition, and we are committed within our group to race in Canada whenever possible.

CK: You have had experience appealing to Athletics Canada to have Eric Gillis compete, when they initially declined him in the Beijing Olympic Games. How do the prospects for Lanni Marchant and Krista DuChene look for competing in London?

DST: The situations are different. Eric had satisfied all the required criteria, and we had communication with AC to that effect. Five other athletes in a similar situation were selected, so it seemed clear there had been a mistake. The appeal committee resolved it quickly and AC was collegial and supportive in the aftermath. In Lanni’s and Krista’s case, the criteria was out for a year and half prior to any issue being made of them, and were not achieved. Whether you agree with the standards or not, that makes the basis for their appeal quite different than what we went through.

CK: I believe part of the debate (out there) about letting Lanni Marchant and Krista DuChene compete in the Olympics is to give these women high-end competition as well as to utilize their Olympic status so they can be considered positive female role models. Do you think the COC or AC will consider these two factors in the appeal process? And in your opinion, should they?

DST: As a coach, you always want to see athletes run. However,  I don’t think the appeal should hinge on emotional argument. It is a procedural/structural question and if those elements are flawed, then they should be changed.

This has been a huge year for performances for Canadian middle-distance and distance running. Our vets are nailing it for the most part, and there is a massive new wave coming up. What’s really exciting is the diversity of situations, geographic, coaching, competitive, in which this is happening. I hope this becomes a huge endorsement for changing our current administraion model and the estimation of what motivates young Canadians and how they are supported by our NSO.

CK: Guelph and Victoria both boast that they are the running capital of Canada. Since your stint in Victoria in 1997, have you noticed the greater Guelph community participating more?

DST: I’ll leave that banter to folks who care more. I’m doing the best I can in my backyard and that’s all I can do. In answer to your question, though, sure, there has been a big change locally in the last 14 years. I counted 77 runners yesterday in my own 40’ trot through our aboretum and that would be normal. This town really runs.