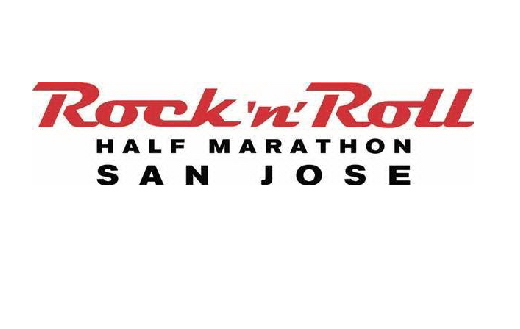 This weekend, the center of Silicon Valley plays host to one of the most exciting road races in the Golden State: the Rock ‘n’ Roll San Jose Half Marathon.

Defending champion, Shadrack Biwott, headlines the men’s field in the race which is known for its flat and fast course. Biwott, who donned the Team USA singlet at the World Half Marathon Championships, will be wearing Bib #1. His half-marathon personal best of one hour, one minute, and 24 seconds is incredible. The 32-year-old set that time at an average 4:41 pace for 13.1 miles, back in 2014 at Rock ‘n’ Roll San Diego.

27-year-old George-Byron Alex of Phoenix, Arizona – who owns a personal-best half marathon of 1:02:54 – will be racing Biwott for the top podium spot on the scenic streets of San Jose. In the front pack on Sunday will also be the one of the youngest elite male competitors: 25-year-old Caleb Rhynard, a Brooks-Hanson-sponsored elite who will be racing in his first half-marathon. Ryhnard has run a respectable 13:49.60 for the 5,000m on the track. Not to be overlooked in the men’s field is veteran half marathoner, Tyler McCandless of Boulder, Colorado. McCandless is a two-time Olympic Trials competitor and has won the Kauai Marathon twice.

For the women, expected to lead the flat and fast race along San Jose’s scenic streets is 35-year-old Sasha Gollish who was last year’s Canadian Cross Country Champion. Gollish is thriving in the half-marathon, having run her personal best of 1:11:05 last year. Fellow countrywoman Natasha LaBeaud is the second-seeded competitor with a 1:13:31 PR. Three Americans will be giving this Canadian pair a run for the money in San Jose: Mara Olson (1:13:50), Jennifer Bergman(1:14:04), and Dawn Grunnagle (1:14:56). Of the three Americans, Olson stands the best shot of winning the race. The 24-year-old, who lives in nearby San Francisco, ran her personal best just last year and secured at top-ten finish (seventh) at the U.S. Half Marathon Championships. And not to be discounted is Bergman who has already won two Rock ‘n’ Roll Series races, prevailing in Seattle this past June and in Las Vegas two years ago.

Familiar face and three-time Super Bowl Champion, Roger Craig, is set to take on the half marathon as well, this time for a special cause. The former San Francisco 49er will be running in support of the ALS Association to honor his friend and former teammate, Dwight Clark hoping to raise money in support of this deadly disease. https://www.justgiving.com/campaigns/charity/alsa-ssociation/runtodefeatals

This year marks the 12th year running of the Rock ‘n’ Roll San Jose Half Marathon. The race course is so fast that it earned a reputation for being California’s fastest half marathon when both the men’s and women’s state records were set there in 2006. The festivities kick off this Friday when the Health and Fitness Expo opens at the San Jose McEnery Convention Center. On Saturday, the 5K presented by Brooks and KiDS ROCK events take place, while on Sunday at 8:00 am, the starting gun for the half marathon and the 10K will sound.

True to all Rock ‘n’ Roll races live music and cheer teams will encourage runners on their way to the finish line where an incredible party will be awaiting them in Plaza de Cesar Chavez Park. Boston-based alternative band Letters to Cleo will take the stage as the headliner act and give finishers something to rock out to.