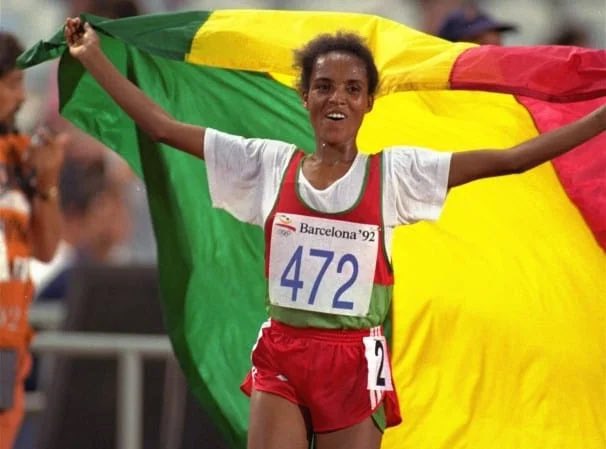 Derartu Tulu, two-time Olympic gold medallist and president of the Ethiopian Athletics Federation told the Daily Nation that Ethiopian athletes have been doping because they are “chasing easy money.”

“In our time, we used to compete clean,” Tulu said at the 2021 World Athletics U20 Championships that took place in Nairobi, Kenya.

“That is why you see some athletes doing well for a short time before disappearing after few years.”

It is likely why some athletes, otherwise unknown, suddenly appear to challenge world beaters out of seemingly nowhere.

Currently, Russia has the most banned athletes in the sport of athletics because of the ban on the whole nation. The ban is due to systematic doping. Kenya is second and is rated as a Category A doping threat by the Athletics Integrity Unit. So is Ethiopia.

This means more scrutiny and more tests and therefore more positive results and suspensions. This is the case for Kenya as of late and apparently, Ethiopians will be getting caught more often too. Currently, Kenya has approximately 70 athletes suspended for testing positive for banned substances, having adverse analytical findings recorded in the Athlete Biological Passport, or are accused of tampering or missing at testing time.

Tulu is hoping to restore the East African reputation which recently went from respect to suspect in short order.

Tulu earned golds in the 10,000m event at the 1992 Barcelona and 2000 Sydney Olympic Games. She also earned a bronze during the 2004 Athens Olympics. During the Edmonton World Athletics Championships, she took gold in the same event. She also won two World Cross Country Championships.

Her personal best in the 10,000m is 30:17.49. On Sunday, Ethiopian, Yalemzerf Yehualaw, took the half-marathon world record at Antrim Coast Half Marathon. She ran two 30:12 10km efforts in that record, which is five seconds faster than Tulu’s best.