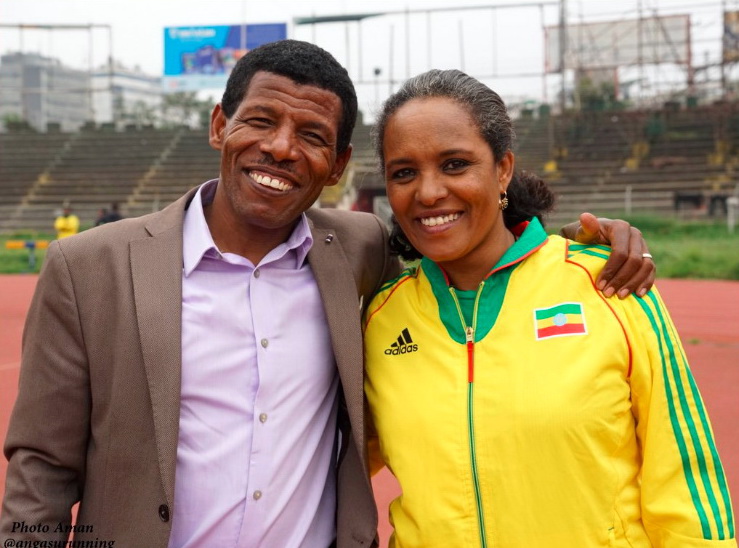 Derartu Tulu has been elected as president of the Ethiopian Athletics Federation. She was serving as interim president since 2018, after taking over for Haile Gebrselassie, who had stepped down. She will now permanently hold the position.

Tulu is a two-time Olympic 10,000-metre gold medallist from the 1992 Barcelona and 2000 Sydney Games. She finished in third and fourth positions during the 1996 Atlanta and 2004 Athens Games, respectively. She is a two-time World Cross Country Champion and earned gold during the 2001 Edmonton World Athletics Championships. She also earned silver during the 1995 Göteborg championships. Her transition to the marathon resulted in wins in the 2001 London and Tokyo Marathons as well as the 2009 New York City Marathon. She finished fourth during the 2005 Helsinki world championships, clocking a 2:23:50.

Olympic champion Derartu Tulu has been elected as president of the Ethiopian Athletics Federation. She will lead the EAF for the next four years.#AthleticsAfrica #EthiopiaAthletics #Ethiopia #trackandfield #Athletics #Africa @ETH_Athletics pic.twitter.com/zAgERdrprW

Tulu is the aunt of the famous Dibaba sisters, Ejegayehu, Tirunesh and Genzebe Dibaba. She grew up in the same village as Gebrselassie, former world record holder in the marathon.

The position of president is a four-year term.