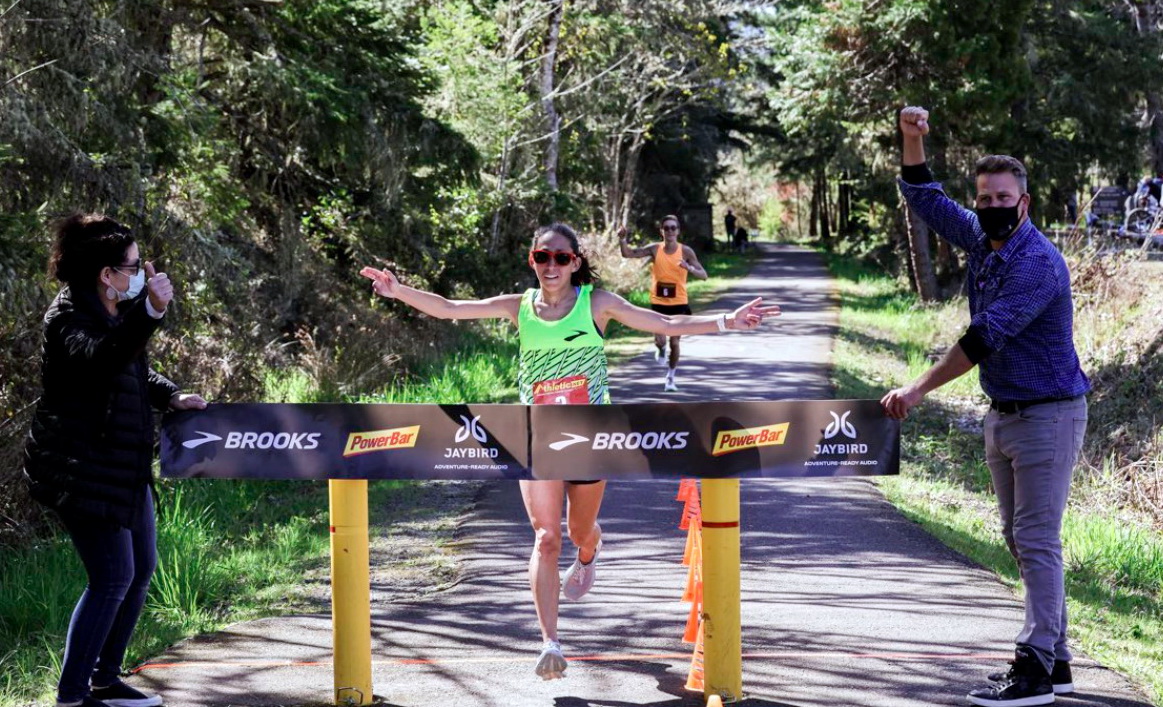 Des Linden came, she ran and she destroyed.

At the Brooks Running 50km & Marathon, the 37-year-old Chula Vista native took down British athlete Alyson Dixon’s world 50K record of 3:07:20 from 2019. She cleared it by nearly 13-minutes in Oregon on Tuesday. She finished in the time of 2:59:54 under near-perfect conditions, although there was some swirling wind throughout. Linden clocked 1:15 at the half-marathon and ran through the marathon in the time of 2:31:12. Paced by Charlie Lawrence, her time at 30km was approximately 1:47:30.

Tongue a little in cheek, she said, “I was disappointed seeing the 2:31:12 at the marathon mark, but I just had to remind myself and process the rest of the race. I just had to remember that sub-three is what I was after.”

“Des came with the chosen goal to break the record,” said agent Josh Cox as he proudly introduced the athlete at the post-race press conference. Cox organised the race when Linden’s initial plan to race the Two Oceans ultramarathon in South Africa was cancelled due to the pandemic.

“I felt rusty at first, as I haven’t raced in a while. A little chilly. Running at what felt like an easy pace at 5:50 per mile,” shared Linden.

A surprisingly fresh-looking Linden said, ” I had a fear of the distance.”

The loop was six-and-a-half miles long.

“Once we got through a lap though Charlie and I just got locked in after that.”

Known for being a connoisseur of whiskeys, she was asked what her post-record beverage of choice will be and she was quick to change course and visit some of the local wineries, that Oregon is known for.