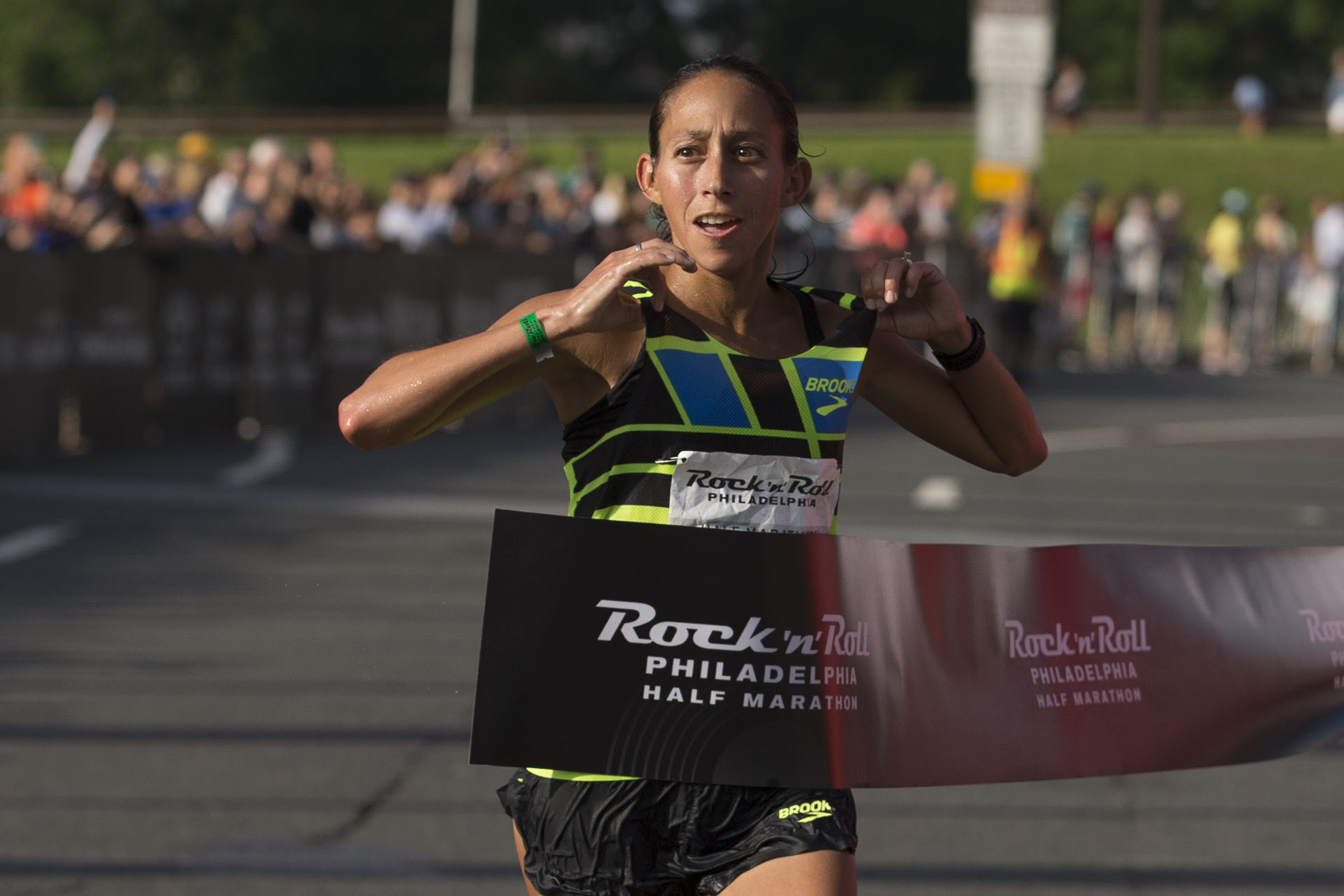 The 2019 Humana Rock ‘n’ Roll® Philadelphia Half Marathon will once again include a world-class group of elite men and women when they toe the line on Sept. 15 in the City of Brotherly Love. Given the depth of the elite field, the half marathon is set to be one of the most competitive races in the Rock ‘n’ Roll Marathon Series® circuit all year. The flat and fast course starts on Benjamin Franklin Parkway, runs through Center City before winding along the city’s scenic Schuylkill River and finishing at the iconic “Rocky Steps” of the Philadelphia Art Museum.

Leading the field will be the defending women’s Humana Rock ‘n’ Roll Philadelphia Half Marathon champion Desiree “Des” Linden. Linden won the 2018 Boston Marathon, becoming the first American woman to win the race in 33 years. Linden is a two-time Olympian from San Diego, Calif. and has represented the United States of America at the last two Summer Olympic Games. Her best finish came in 2016 in Rio when she placed seventh in the women’s marathon. Her personal best in the marathon is 2:22:38 while her best for the half marathon is 1:10:34.

“I’m looking forward to returning to the Humana Rock ‘n’ Roll Philadelphia Half Marathon to defend my title,” said Linden. “Last year this race worked well in my preparations for the TCS New York City Marathon; I’m excited to compete against my fellow Americans and the international field on the streets of Philly.”

Linden’s victory at the 2018 Rock ‘n’ Roll Philadelphia Half Marathon came in her first competitive race after winning the Boston Marathon, and she will be striving for a repeat this year among yet another stacked field of contenders. In addition to Linden, the women’s field is punctuated by a wealth of talent that features Olympians and rising stars. One of those rising stars is Fontana, Calif. native Jordan Hasay. Hasay, just 27 years old, has landed herself on the podium at marquee events throughout the country: she placed third in both the 2017 and 2019 editions of the Boston Marathon, finishing with a time of 2:23:00 and 2:25:20, respectively. In addition to that, Hasay took third at the 2017 Chicago Marathon with a finishing time of 2:20:57. Hasay’s participation in the 2019 Rock ‘n’ Roll Philadelphia Half Marathon will mark her second year running in the event, following her third-place finish in 2017 when she clocked in at 1:10:41.

“I competed here at the Rock ‘n’ Roll Philadelphia Half Marathon in 2017 and enjoyed the race, I went on to set a personal best at Chicago Marathon that year so I hope that I can come here and perform at the front end which will set me up for another great marathon,” said Hasay. “This race is steeped in USA road racing history; countless national and world records have been set here, so I would love to add my name to the roll of honor.”

The star-studded men’s field is led by four-time Olympian Abdi Abdirahman. The Somalian-born Abdirahman represented the United States at the Olympics in 2000, 2004, 2008 and 2012 and placed third in the New York City Marathon in 2016. He has personal bests of 2:08:56 in the marathon and 1:01:07 in the half marathon. Abdirahman will be taking on talented newcomers like Clayton Young and established competition like Tyler Andrews. Young, who hails from American Fork, Utah, was the 2019 NCAA 10,000-meter champion, and will be making his debut in Philadelphia. Cambridge, Mass. native Andrews took home top honors at the 2019 United Airlines Rock ‘n’ Roll Washington DC Marathon & ½ Marathon with a finishing time of 2:24:13 in the marathon.

“We are incredibly excited about the field of participants that are slated to run at the Humana Rock ‘n’ Roll Philadelphia Half Marathon,” said Audra Tassone, Regional Director for the Rock ‘n’ Roll Marathon Series. “This event has proven to be one of the most successful tune-up events for an incredibly talented group of elite runners and we are anxious to see how it all shakes out next month. To be able to put World Marathon Major winners, Olympic medalists, and World Champions on the same starting line is a testament to the regard in which this race is held.”

Race day will feature three events this year with the 5K presented by Brooks kicking off at 7:00 a.m. and new 7.6K and half marathon taking off at 7:30 a.m. from Eakins Oval. In true Rock ‘n’ Roll fashion, live bands, and spectators will line the race route, concluding with a celebratory finish line festival and post-race Rock ‘n’ Roll Concert Series at Fairmount Park. Registration for all distances of the Rock ‘n’ Roll Philadelphia weekend is open online until Sept. 8 by visiting, www.runrocknroll.com/en/Events/Philadelphia/Register

For more information on the Humana Rock ‘n’ Roll Philadelphia Half Marathon, visit RunRocknRoll.com/Philadelphia. Media related inquiries may be directed to press@runrocknroll.com.