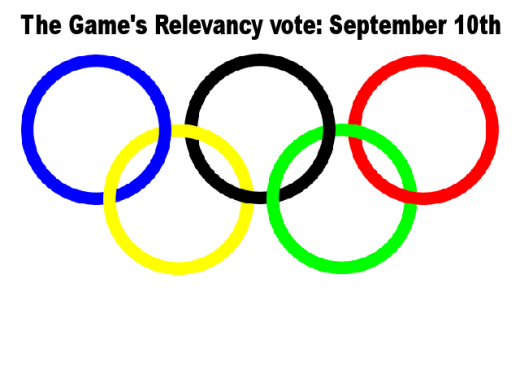 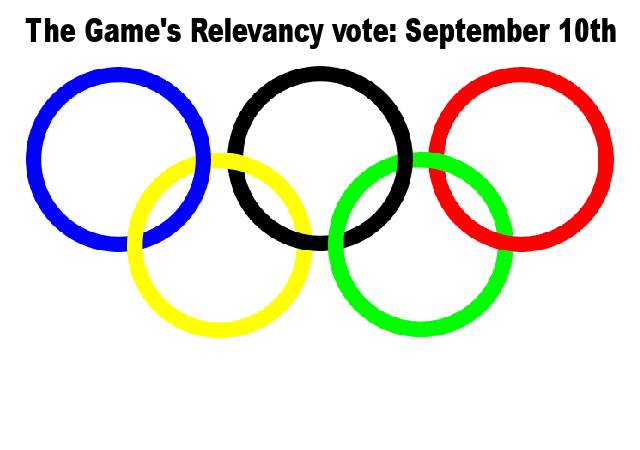 Doctor Jacque Rogge, the current and outgoing President of the International Olympic Committee will be replaced on September 10th in Buenos Aires, Argentina. His twelve–year term is up, it is time for the IOC executive committee to elect a new leader. Who the committee chooses to be the new President will likely affect the modern Olympics in a more profound way than any other President has before, including Rogge, himself.  As a result, will the committee help answer the question that is on the minds of many, which is:

Are the modern Olympics still relevant?

There are several candidates running, for example, Ukraine’s famous pole vault legend Sergey Bubka, gold medallist from the 1988 Seoul Games, as well as Switzerland’s Denis Oswald, who has a long rowing history and competed in three Games. He won a bronze medal in 1968 during the Mexico City Olympics. However; the only names that you need to remember going forward are, Germany’s Thomas Bach and Singapore’s Ser Miang Ng, both are current vice presidents with the IOC’s executive board.

The sixty-year-old Bach is the President of the German Olympic Committee, known locally as Deutscher Olympischer Sportbund. The one-time fencer serves as president of the Arbitration Appeals Division of the Court of Arbitration for Sport, so he certainly possesses an appropriate resume. At this level, all candidates bring to the table a bucket-load of degrees, board memberships and curriculum vitae’s that include at least a vice-presidency somewhere relevant and related to the international sports organisation. He is one of two clear frontrunners for the position. Meanwhile, he heads the bid to for Munich to host the 2018 Winter Olympics.

It is said that the IOC feel the need to embrace Asia on a greater scale, which brings about our other frontrunner, Ng, a Chinese Singaporean. Additionally, the IOC’s decision on which city should host the 2020 Summer Games may be influenced more towards Istanbul, Turkey. Istanbul it appears is on the lips of every media journalist. It is said that Istanbul is like a bridge between Europe and Asia, but like a bridge over troubled waters, will the Olympic Committee lay itself down? How is Istanbul a bridge and even if they are the proverbial bridge, since when does the Olympic Committee need to create the allusion of there being a gap between the western world and Asia? The IOC is a law unto themselves and will award future games to whoever they damned well please. Case in point the awkward decision to not give Athens the Olympics in 2000; a proverbial poetic touch to recognize where the games originated from at the turn of the millennia, would have been a public relations boon. That didn’t happen and by appearances, Athens won the right to host the 2004 games as a crumb, albeit an awfully large crumb; awkward.

The Turkish Athletics Federation appear to have run afoul of demonstrating fair play in sport, as 31 athletes in track and field tested positive for banned substances leading up to the 2013 IAAF World Track and Field Championships and were subsequently banned from participating. Although the 2020 games are seven years away and the public will have forgotten the recent spate of positive tests, the announcement awarding the games will be soon. On everyone’s lips will be spoken valid concern regarding the IOC’s implicit compliance to general deference regarding cheating.

The old boys club need to broaden their appeal.

Much editorial dialogue in the mainstream media today – when calling into question the relevancy of the modern Olympics – are never complete, it seems, unless there is at least one reference to the old boys club that makes up the International Olympic Committee Executive Board; the proverbial law unto themselves committee.

There exists some level of rhetoric discussing the need to reach out to Asia on a larger scale. I am not sure where this comes from. In 1988 Seoul, Korea hosted the Olympics. Beijing, China played puppeteer-cum-host for 2008, with their lip-syncing, prettier-than-the-actual-singer little girl who sang the Olympic theme for several billion people, which was followed by shots of apparent fake street frontages and admitted to, faker-yet fireworks display.  Last I checked with my Funk and Wagnall’s dog-eared and coffee cup-stained fold-out map, both of the cities were located in Asia.

The IOC also needs to decide if wrestling should stay in the Olympics. Or more importantly, somehow wrestling needs to sell the old boys club on the notion that wrestling belongs. How did it come to this?

Wrestling is the national sport in several countries. It is accessible in almost every country in the world with over 71 nations participating in the sport during the 2012 London Olympic Games. Three hundred and forty-four athletes competed.  So in terms of fulfilling the requirement of being a globally available sport, wrestling fills that position well. Wresting is one of the original sports, along with running that date back to the original Olympic Games, since at least 700 BC. The billions who watch some or all of the games on their television sets and laptop computers today would like to know how Ballroom Dancing, Synchronized Diving, Rhythmic Gymnastics amongst other so-called sports are accessible throughout the world. Or even more puzzling is the notion that roller sports are being considered for inclusion. Do the kids in the Rift Valley or on the dirt roads of Mumbai roller blade now? No they don’t, but they surely have access to wrestling. Wrestling should not have to defend its relevancy, television rankings be damned. By the way, that is exactly how it “came to this” they will say: television ratings were poor.

Now what about Singapore’s Ng?  He has since 1990 been the vice-president of the Singapore National Olympic Council, and from 2009 has served as a vice-president of the International Olympic Committee. He is also a successful businessman having been involved in the grocery trade, traditional media as well as public transit. He is a natural-born leader, as, as far back as childhood he has demonstrated influence on others. He was selected head prefect when he was a boy scout and was a lead trooper.

He has served as vice president of the International Sailing Federation (sailing: a not-so-globally available sport) and serves as chairman of Singapore’s Sport Council. His executive resume is vast and impressive. He is the very first Asian to be elected to the board of the International Olympic Committee and may very well become the first Asian President of the old boys club.

There are impactful, game-changing decisions that will happen in Buenos Aires, Argentina on September 10th as the fate of wrestling – the world’s oldest sport – and the choice of the host city – fair play be damned? – will rest in the hands of those who elect their new leader of the old boys club.

Will the relevancy questions continue?