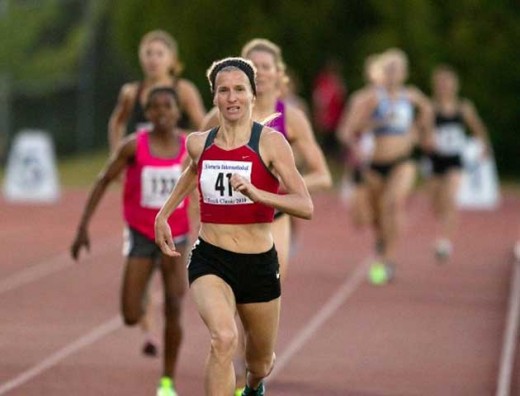 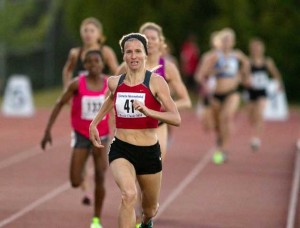 Fuelled by the roar of the crowd, 39-year-old Diane Cummins of Victoria, BC – the Canadian record holder in the 800-metre distance – continues to get it done on the track. At the Penn Relays on Saturday, April 27th, she helped her 4 x 800m relay team destroy the Canadian record by 14 seconds. Cummins ran the third leg in 2:02.9. The team of Cummins, Melissa Bishop, Karine Belleau-Beliveau and Lemlem Bereket finished fifth overall in the time of 8:14.85. On the team only Bishop – a 2012 London Olympian – ran faster on the day. Cummins was faster than 18 of the 31 other competitors in the event and was very close to several others.

Cummins will be competing at the 25th annual Victoria International Track Classic on July 5th in front of her hometown crowd. This is no farewell tour, as she has her eyes set on continuing to compete at an international level, including qualifying for the 14th IAAF World Track and Field Championships that takes place in Moscow, Russia from August 10th to 18th. Qualifying will require running at least as fast as 2:01.50 – the Canadian “B” standard by July 29th. She also hopes to be competing at the 2014 Commonwealth Games.

“I take it one year at a time. Having said that I would be lying if I hadn’t thought next year’s Commonwealth Games in Glasgow was not appealing.  I have a good relationship with the CWG. It would be my 5th. When I raced the 2010 Victoria International, I thought it was the last time I was going to be racing in Centennial Stadium with that incredible crowd. It made me feel sad. So I try not to think like that and just focus on the big picture, which is running fast and making the team this year. I really want to represent Canada again; it’s hard to explain why that means so much to me.”

So how has Cummins managed to continue to race at a high level when most middle-distance athletes have long since retired? When asked, she said, “I have always been a low-mileage athlete. And perhaps that’s why I have been more successful in the 800m than the 1500m. I think that has helped my longevity. I have also chosen to stick to this sport as an elite athlete, thanks to the help of Mountain West Track Club and Pace Sports Management and my family for seeing some worth in an older athlete.”

In North America and Europe to train full-time and commit to race at a high-level can often require athletes to take a vow of poverty, sort-of-speak. Support, whether it comes from a National Governing Organization, sponsors or support from family, choosing to continue to train is more than just about the running and the weight room. Training full time is a complete commitment; this is why many athletes retire long before they get into their late 30s. Regarding outside support, Cummins said, “Their emotional and financial support has been unwavering. I have had the same routine and the same single-minded focus for over 10 years. It is very difficult to stay at a high level if you introduce new life obligations and have too many distractions. My basic philosophies remain the same, train hard, rest well and take care of your body.”

Indeed Cummins has stayed unwavering on her path over her long international career. In 2001 she set the national 800m record, previously owned by Charmaine Crooks, by running 1:58.39. She has medalled three times in the Commonwealth Games, earning one silver and two bronze. In 2010, at the age of 36, she won bronze at the Commonwealth Games in New Delhi, India. She has also won gold at the Pan American Games. But it is the roar of the crowd that helps drives this athlete to defy the biological clock, especially in Victoria at the Victoria International Track Classic. “I race this event every year because I know I can run fast here. I know this because I have done it before, and the crowd is electric. When 3000 people are cheering and making a noise so loud, you cannot hear yourself think – all you can do is RUN!! Every athlete competing believes you are cheering for them. And that’s the best part.”