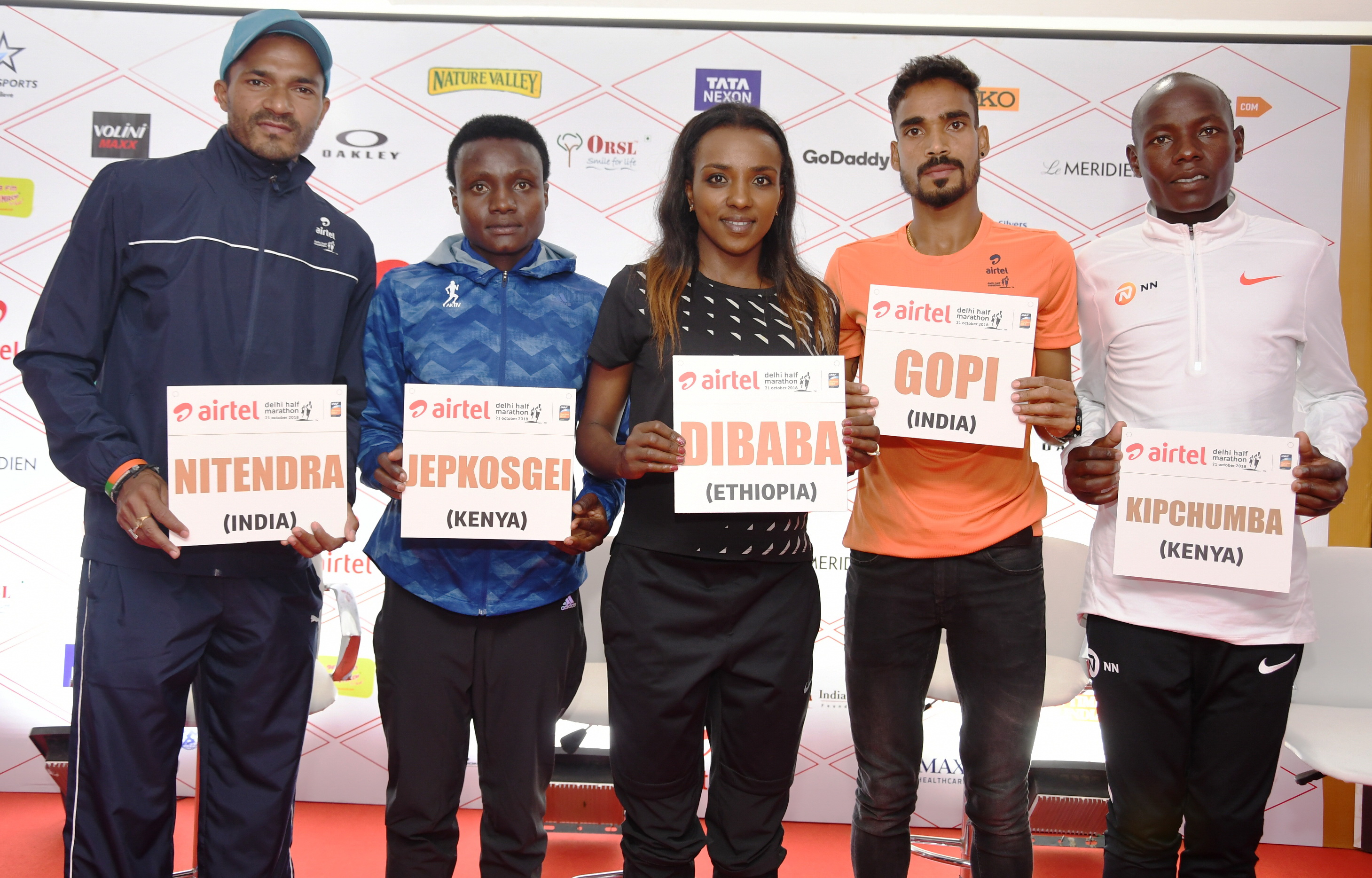 Ethiopia’s Tirunesh Dibaba and Kenya’s Joyciline Jepkosgei both pronounced themselves fit and ready to go head-to-head at the Airtel Delhi Half Marathon 2018 at the traditional pre-race press conference on Friday.

Three-time Olympic champion Dibaba ran the outstanding time of 2:18:55
at the Berlin Marathon just over a month ago but believes she has
recovered quickly despite the short amount of time between the two races
and is ready to challenge for the first prize cheque of USD$27,000 – the
richest half marathon winner’s jackpot in the world – in India’s capital city
on Sunday, 21st of October.

“One of my plans was to run a 21K (half marathon) after Berlin and my
manager told me about Delhi, and I thought it was a good idea,”
commented Dibaba, who has turned into one of the world’s top road
runners after a star-studded track and cross country career which also
included nine world titles on those surfaces.

“I’ve recovered more-or-less, although I wanted to run faster in Berlin. I’ve
come to Delhi with the first target of winning, I’m not thinking about times
too much,” added Dibaba, professing herself somewhat uninterested in
the ADHM course record of 66:54 which has belonged to Kenya’s Mary
Keitany since 2009.

By contrast, although she didn’t put a figure on her ambitions, the current
half marathon world record holder Jepkosgei is clearly looking to run
quickly in Delhi and hoping that her speed will take her to victory.

“I’m very happy to be here – it’s a privilege to meet Indian people – and
I’m looking to run a fast time although improving on my world record (of
64:51 set in October 2017) might be difficult. Of course, it all depends on
the weather and climate,” added the diminutive Kenyan, slightly-built by
even the standards of leading female distance runners.

Delhi has a reputation as a flat and fast course, demonstrated by the
times posted by the leading runners in recent years, and the 14th edition of
the ADHM – one of the world’s leading races over the distance – will have
much improved environmental conditions on race day.

The temperatures at the early morning start time for the elite races are
expected to be in the low 20s (degrees Celsius) and the race promoters
Procam International, as part of their commitment to race sustainability,
have made strident efforts to diminish the pollution levels of the IAAF Gold
Label Road Race, which has established itself as one of the world’s
leading races over the distance.

The target for both men, not only Singh Rawat’s Indian ADHM best of
63:53 set in 2017 but the national record of Bugatha Shrinu from Bhopal
in 2016.

“Fifteen years ago, there was no road running culture in India and now we
have world record holders and Olympic champions coming here. This is
something India can be very proud of,” reflected Vivek Singh, joint
managing director of race promoters Procam International.

“The fact that runners like Tirunesh (Dibaba) and Joyciline (Jepkosgei)
have chosen the ADHM over the many other race options they had it a
great statement for this event and for India,” he added.