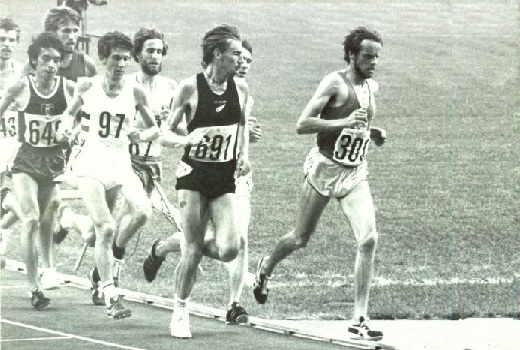 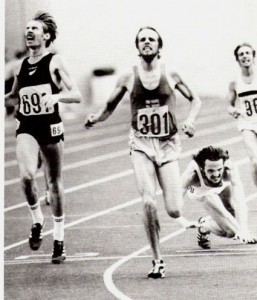 Legendary New Zealand distance runner, Dick Quax, competed at an international level in distances from as short as 1500 metres to the marathon. He set national records in the 10,000 metre event with his time of 27:41:95 as well as in the marathon where he ran 2:10:47, which he accomplished during the 1980 edition of the Nike-Oregon Track Club Marathon. He also achieved a world record in the 5000 metres in Stockholm, Sweden in 1977, where he finished in the time of 13:12.90. He won a silver medal in both the 1970 Edinburgh Commonwealth Games 1500 metres as well as the 1976 Montreal Olympics 5000 metres.

After his athletic career he coached others, perhaps most notably four-time Olympian Lorraine Moller, who, under Quax went on to win a bronze medal in the 1992 Barcelona Olympic Games marathon. Earlier in their careers Quax and Moller were both coached by John Davies, who subscribed to the legendary Arthur Lydiard method of training. During this time, New Zealand was enjoying the athletics spotlight for a second time as he as well as Rod Dixon, John Walker, Moller and several others competed internationally. They were all inspired by Lydiard’s original athletes like Peter Snell, Murray Halberg and Barry Magee.

Currently he is recovering from his toughest competitor, which is throat cancer.

Christopher Kelsall: How is your health?

Dix Quax: I hope they have the all clear on the cancer and it is the side effects from the treatment that I am having to cope with now.

CK: Did the medical staff indicate to you that your fit state from your athletic career influenced your ability to recover?

DQ: What the medical staff indicated is that my fitness was helpful and helping to deal with the radiotherapy and chemotherapy.

CK: Do you continue to be involved with running today?

DQ: I still take an interest in the sport. My youngest son shows some promise and made the final of the NZ high schools under-15 age-group in the 1500m, at age 13, on very little training so that has given me a renewed interest.

CK: Apparently we get our ability to run distance from our mothers. Was your mother an athlete?

DQ: I don’t know, she would never have had the opportunity to discover if she had any endurance ability given that she grew up during the depression and lived through the Nazi occupation of Holland. Dad was a very strong and fit man and a reasonable soccer player. 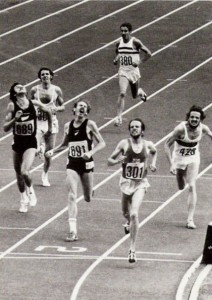 CK: Years ago the Olympic Games were a modest affair, compared to today. Did you think in the early 1970s, that you would be answering questions about it 40 years later?

DQ: I really didn’t give it a thought at the time – but today it surprises me.

CK: Can you draw parallels between being an effective politician and a successful athlete?

CK: Do you feel that your singular pursuit in running – with all that hard work – carries over to a great work ethic in your career?

DQ: I think it does but it is totally different from politics. Running is a very individual sport while politics relies on teamwork and the ability to persuade and to compromise from time to time. My travel as an international athlete did shape my political philosophy. Seeing which systems of government worked and which ones didn’t.

CK: Apparently you are of a conservative mind, yes? If so, this goes against the popular myth that long distance runners lean left, en masse. What political system(s) influenced you, when you travelled?

DQ: I’m a conservative with a small “c” and tend to be somewhat liberal on social issues. Distance runners don’t lean left they turn left when they come to the corners of the track. Travelling to Eastern Europe during the communist era was my Road to Damascus. Nothing in those communist countries worked and they gave me the overwhelming sense that one got was that this was a world without colour or joy were people needed to be watched all the time because they were subservient to the state.

CK: It seems that retired athletes when reflecting on their career will more often than not suggest that they could have performed better than they did. Your 5,000, 10,000 metre and marathon best performances are close in performance level. Would you say that you got the most out of yourself?

DQ: That’s a fair comment and I felt that I was capable of running faster over 5000m. When I set the WR I had a heavy cold and I was not running as well as I was 2 – 3 weeks prior to setting the WR.

CK: Did you get a sense at the time how much faster you could have run if not suffering from the cold?

CK: When you turned to coaching, were you a strict Davies/Lydiard style coach? Did you apply Quax-developed strategies? If so what would be an example of a workout or macro plan that was your own?

DQ: The training regime that I applied to the runners I coached did not vary that much from the work I did under John Davies (which of course was “pure” Lydiard). I did change the programs to account for individual athletes, temperament, ability, experience. Lydiard training is not a recipe but a balanced approach to endurance training which needs to be tailored to the individual. Not every distance runner can cope with 150km per week and for some they need (and can cope) with more volume.

CK: What volume of weekly mileage worked best for you?

CK: How did you respond to the hill phase? Did you take in the bounding and the three-plus days-per-week of hills?

DQ: No I didn’t do hill bounding phase. Mainly because it aggravated my shin splint problems – something I put up with throughout my career. I felt it was better to focus on getting in volume rather than the hill bounding. Runners I coached never did hill bounding.

CK: What was the difference for Lorraine Moller winning the bronze in Barcelona under you, versus her prior training? Was she previously missing a key ingredient in her training?

DQ: Lorraine is a very clever and intelligent woman but at times could stray from the path to success. Everything she, training-wise, was by mutual agreement. She once stated that I was her left brain. That’s probably a good way of describing our coach athlete relationship – she provided me with the right side brain and I gave her the left brain. And that worked out well. Don’t forget she ran well at Commonwealth Games level as well and won numerous marathons all over the world.

CK: Do you follow the sport now? What was your reaction to the 18-year-old Ethiopian running a 2:04 marathon in Dubai?