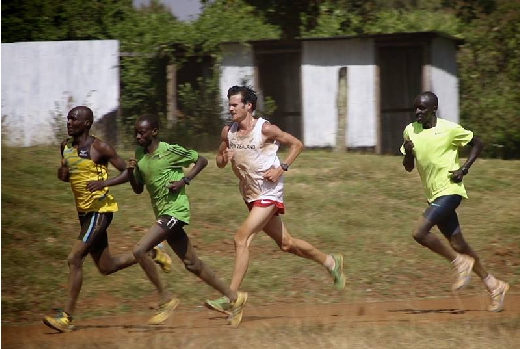 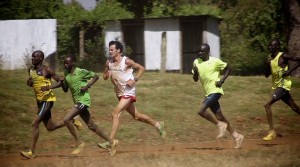 In Zane Robertson’s dismantling of the New Zealand half-marathon record by two minutes and 25 seconds on Sunday, February 1st in the Marugame International Half Marathon, he ventured into brand new international running territory.

In the race, which took place in Kagawa, Japan, he also took down the Oceania half-marathon record that was previously owned by Australian Darren Wilson at 1:00.02, from his performance in the 1997 Tokyo Half Marathon. The NZ record was held since 1981 by legendary competitor Rod Dixon, and was set at 62:12 from the Philadelphia Half Marathon.

There are now four athletes of non-African heritage to run under the 60-minute benchmark. Robertson finished the race in the time of 59:47, which is the third-fastest non-African time in history behind American Ryan Hall with his 59:43 and Brazilian Marilson dos Santos, who has run as fast as 59:33 for the distance.

Marugame was Robertson’s first effort at the distance, finishing second to Kenyan Paul Kuira, who passed Robertson just before the finish line, in a final, hard-fought sprint. Robertson told Athletics Illustrated, “I came into this race with great confidence in my shape, as from October of last year I knew I was ready for a sub-60 performance.”

Robertson and his twin brother Jake left New Zealand for Kenya at the age of 17 and have stayed since, developing their fitness, methodically. They have lived and trained in Ethiopia as well, taking advantage of the many world-class training partners, lifestyle and elevation that are conducive to developing great endurance fitness. “The group I train with in Ethiopia really bred my strength and confidence as I could now finish workouts with them. Last year’s and this year’s Dubai Marathon winners Haliu Lemi Birhanu and Assefa Tseygey Mekonin, and the bronze medallist from the IAAF World Half Marathon Championships Gueye Adola, who has run as fast as 59.06 are in that group,” added Robertson.

Training and racing are two different things; however, as most endurance athletes know, they develop a sense of where they are at in training. Asked about his state of mind leading up to his debut half marathon performance, Robertson said, “To be honest training is indeed different to racing and I was very nervous because I was stepping into the unknown. At the same time I didn’t want to let myself or my group down after all that hard work.”

Asked to describe the race, he said, “I found myself feeling great and the kilometres were just ticking by until the eighth km, where Bernard Koech dropped a 2.40-flat (WR 56:15-pace). I was shocked to see on my watch the split for the km and yet realised that it didn’t affect me. Coming through halfway I started to grow in confidence as I was still not tiring.”

Kenyan, Koech owns the fourth fastest half-marathon performance all-time with his personal best of 58:41 from the San Diego Half Marathon from two years ago. Koech has run the marathon distance in the time of 2:04:53. The half marathon world record is currently held by Eritrean Zersenay Tadese, with his best of 58:23.

“I pushed at the front next to Koech and said in Swahili, ‘let’s go man, sub-60 is possible’. After 13K, real surges of speed had started to be thrown in and Kenyan, Benjamin Ngandu, was the first to slip off at 16K, shortly followed by Koech. Then I dropped a surge and really pushed hard to get back to Paul Kuira with just two kilometres to go. We ran side-by-side for the remainder of the race until entering the stadium where I saw the clock and realised that the course record was possible, adrenaline hit me all at once, but I started to tie up with 40m to go Kuira took the opportunity to slip by me in my final two strides.”