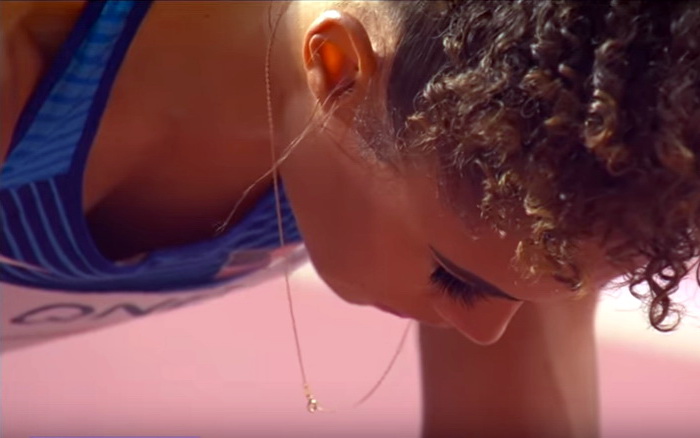 During the men’s 1500-metre semi-final in Doha, the top five finishers in each of the two heats move on, as do the next two fastest overall. As it happened, all 12 qualifying athletes ran 3:36.

The fastest was Marcin Lewandowski of Poland, clocking a 3:36.50. The slowest was Jake Wightman of Great Britain who finished at 3:36.85. An extension of milliseconds is used when athletes tie to the thousandth. Five of the 12 virtually tied – it was that close. Each athlete was running only fast enough to move on.

Lewandowski set a new national record on August 24 this year, finishing in the time of 3:31.95 at the Stade Charléty in Paris.

In heat #1, Timothy Cheruiyot, ran as fast as he needed to move on, taking the win in 3:36.53. Taoufik Makhloufi of Algeria finished second, while Neil Gourley of Great Britain virtually tied as did American Craig Engels. The final qualifier was Kalle Berglund of Sweden (3:36.72).

Canada’s Sage Watson had to set a new national 400m hurdles record just to make the finals that were run on Day 6 in Doha. She moved on with a 54.32, two days prior. Friday, the race was so fast that American Dalilah Muhammad set a new world record with her performance of 53.16. Fellow American Sydney McLaughlin finished second also bettering the previous world record with her 52.23. Jamaica’s Rushell Clayton set a new personal best for third at 53.74.

Similarly, the men’s 3,000m steeplechase required a world lead for 2019 of 8:01.35 by Kenyan Conseslus Kipruto as well as an Ethiopian national record of 8:01.36 for second-place Lamecha Girma to settle the score. The next three athletes ran either personal or seasonal bests including bronze medallist Souduane El Bakkali who finished in 8:03.76.