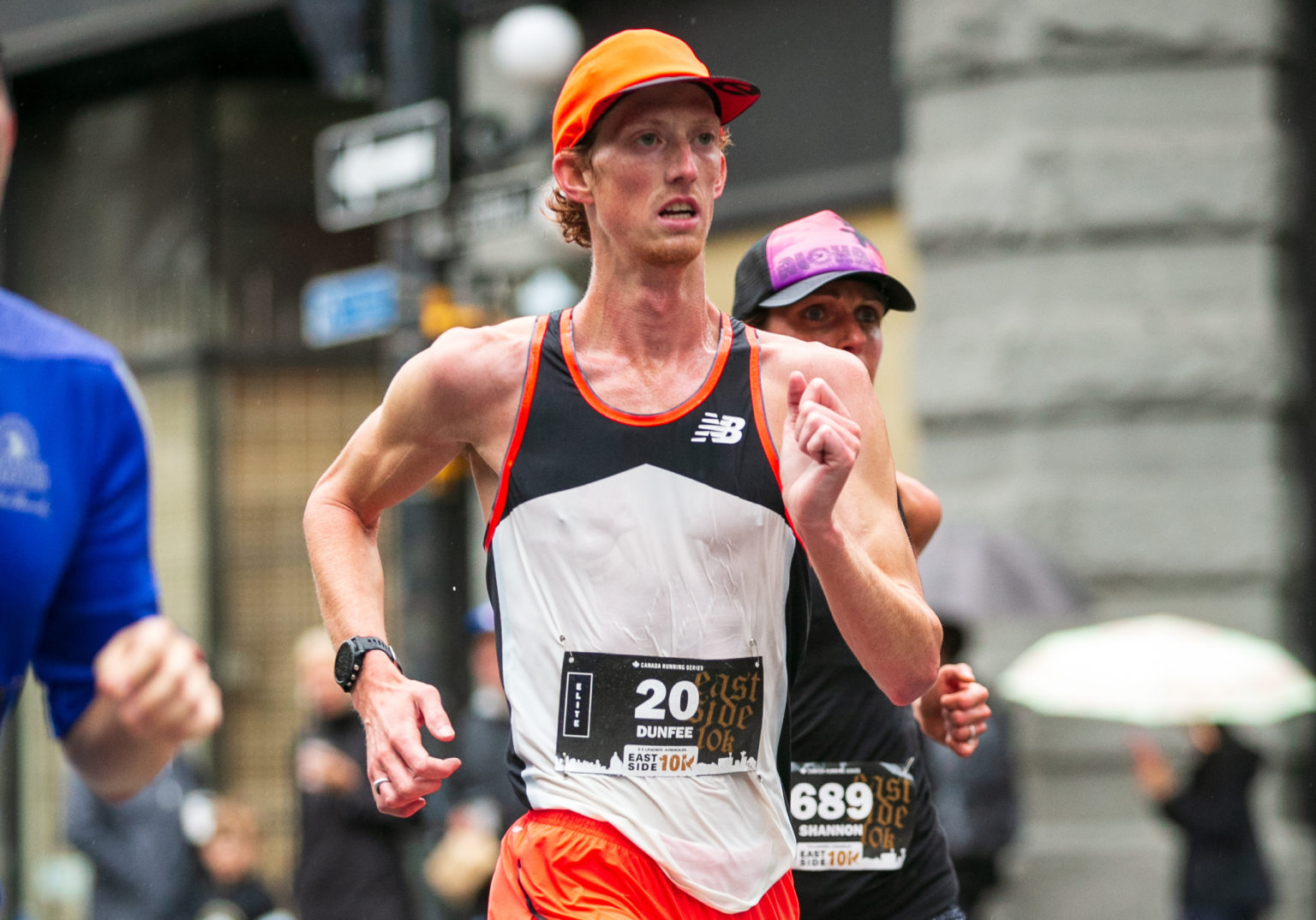 Olympic bronze medallist, Evan Dunfee, has confirmed his entry at the Athletics Canada 10K Championships in October. He has challenged his brother Adam Dunfee to the race. Evan, who holds the national title for fastest race walker, is keen to bring their natural sibling rivalry to the race — to be held at the Scotiabank Toronto Waterfront Marathon 10K.

While the longtime sports-minded siblings got their start in race walking at a young age, this will be their first head-to-head competition since 2017. All bets are off as Adam plans to run the course while Evan will race walk, as he wraps up his successful fundraiser with KidSport BC in partnership with Kraft Heinz Canada.

Is Evan now focussed on training for a new record, or just the ultimate sibling bragging rights?

Hailing from Richmond, British Columbia (Greater Vancouver), the Dunfee brothers’ sibling rivalry began at a young age and has continued through to adulthood. After watching his older brother win a medal in his first race walking competition at age 13, 10-year-old Evan was inspired to take up the sport. He won his debut race and has not looked back since. Crediting Adam as the reason for getting into race walking, Evan is eager to fuel the competition that began in early childhood.

“We’ve always wanted to race each other,” Evan said. “This seemed like a fantastic opportunity where I think we’re pretty evenly matched, so it makes it kind of fun and adds an element that people can relate to.”

As a longtime sports-minded family, it is not unheard of to see the brothers at the same competition — albeit for different reasons. Adam, who works as a sports broadcaster, called the Harry Jerome Track Classic this past June when 30-year-old Evan Dunfee set the 10,000m Canadian record at the race walk event with a time of 38 minutes 39.72 seconds.

Evan is slated to race walk the 10K course this October in Toronto while Adam runs. True to their competitive nature, the Olympian’s goal to cross the finish line in under 41 minutes may be second only to his primary focus of claiming victory over his brother. As the event draws near, the siblings remain in talks of how to make the event as much fun as possible, and what will be at stake for the competitive brothers.

“I think my biggest concern is just making the event fun, and providing that value back to the event,” said Dunfee. “I’m a little bit concerned about how my body’s going to be fit enough in four weeks to race 10km…but I’m confident that my body knows how to do that.”

Following a well-needed break after capturing the Olympic bronze in dramatic fashion in the 50km race walk at Tokyo 2020 with a time of 3:50:59, Evan is getting back to training. With the pandemic limiting travel and access to races, Dunfee has completed the majority of his training over the past two years at his home base in Richmond, British Columbia.

“I’m mostly on my own,” Dunfee said of his training method. Aside from his Sunday morning 40-45km training walks with his coach of 20 years, Gerry Dragomir, Evan typically logs his training solo, appreciating whenever he can convince a friend to run with him. “It’s a good chance to catch up with people…If you combine those things and find time where you can do that, it’s perfect.”

When he is not training, the athlete with a heart of gold is focused on his mission “to create value in [his] community.” As a longtime KidSport BC ambassador, Dunfee is working to wrap up his fundraiser in support of the organization, which raised money through the sales of a special edition box of Kraft Dinner featuring his image. Unsatisfied with settling on the $7,000 raised through the initial 150 signature boxes, Evan’s competitive nature triumphed, and he was able to help raise the full $10,000 that Kraft Heinz Canada agreed to match — resulting in a total donation of some $20,000 to the non-profit.

As far as his Kraft Dinner preference goes, Evan is a self-proclaimed traditionalist — adding only ketchup and hotdogs — and is confident that his cooking skills surpass his brother’s. While Evan has not confirmed any existing bets with Adam leading into the event, he is certain that this race is just “the next installment of probably what will end up being a lifelong competition.”