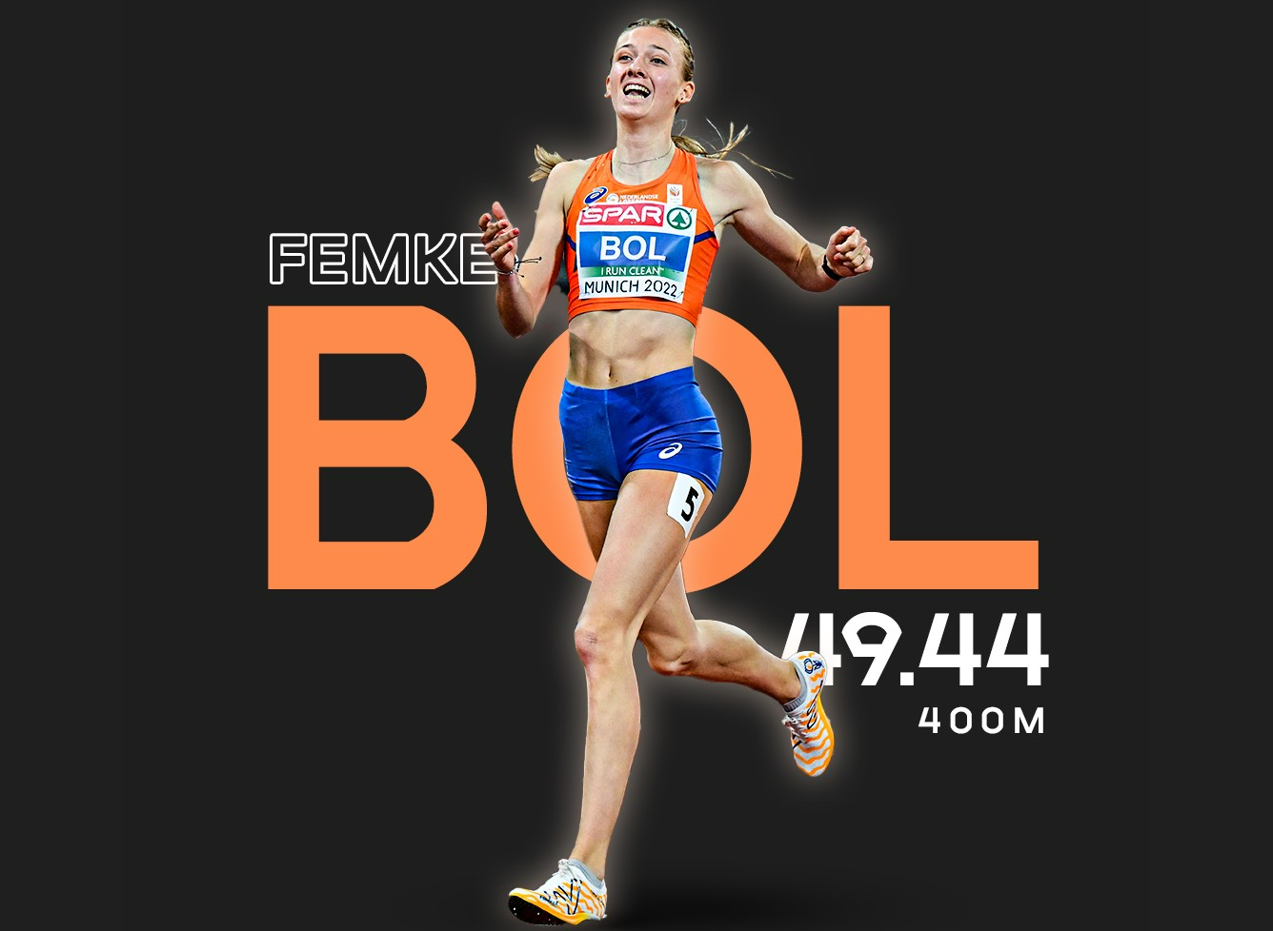 Dutch athlete Femke Bol typically runs the 400-metre event with hurdles in the way. During the Munich European Championships, she jumped into the 400m flat as well.

The Eugene World Championships 400m hurdles silver medallist behind Sydney McLaughlin a month ago, Bol exited the final bend with her teammate and training partner Lieke Klaver and Pole Natalia Kaczmarek on her heels. However, Bol dropped the pace to another level and finished a good half-a-second ahead of the others in the time of 49.44 — an improvement of 0.31 on her Dutch national record.

It was also the fastest winning time since Stuttgart in 1986 when East Germany’s Marita Koch won in the time of 48.22 to win her third successive title. Koch has held the world record at 47.60 since the 1985 World Cup in Canberra.

Femke Bol 🇳🇱 kicks off her @EuroAthletics Champs campaign with a 400m victory in a blazing 49.44 💪#Munich2022 pic.twitter.com/LNESRr5n9K

“I think this race was harder than the 400m hurdles,” said Bol. “It wasn’t until after the race that I realised it wasn’t such a close race. I won by half-a-second and with a big personal best. I felt confident and strong. I know I won’t sleep a lot tonight, so tomorrow’s 400m hurdles semi-finals is going to be tough.”

The 22-year-old is the Tokyo Olympic bronze medallist. She earned double silver during both the recent indoor and outdoor World Athletics Championships. Bol is no stranger to racing the 400m without the hurdles being a three-time indoors 400m flat European champion.

Between the 400m indoors, outdoors, hurdles, and 4 x 400m relay, she is a seven-time national record or national best holder.