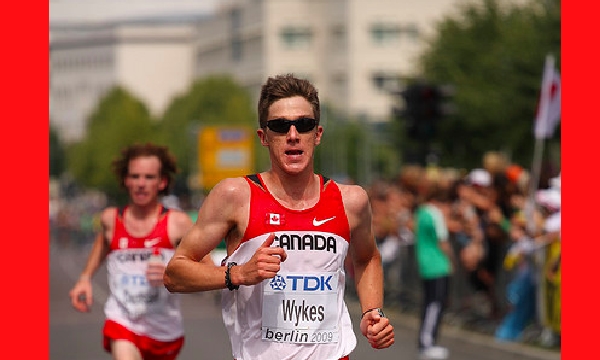 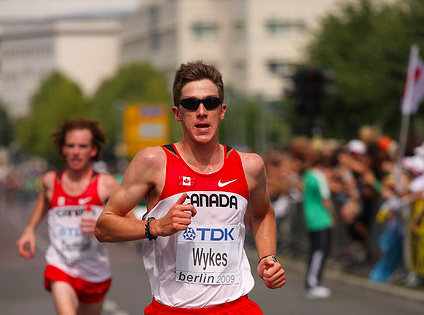 Canadian marathon runner and London Olympic hopeful Dylan Wykes, is all action – he is less about conjecture and prefers the results to speak for themselves. For example, during his recent half-marathon result January 15th at the Rock ‘n Roll Half Marathon in Tempe, Arizona, he raced alone from the start. He finished first overall in a near-personal best time of 1 hour, 2 minutes and 38 seconds, proving he can go it alone. When asked what his half marathon in Tempe indicates for his marathon prospects he said, “I can talk about it all day, but I’ve got to go out and actually do it before there is something worth talking about.”

Wykes will be racing the Lake Biwa, Marathon in Japan on the 4th of March. This will be his final attempt to qualify for the 2012 London, Olympic Games marathon. Athletics Canada set the marathon qualifying time as 2:11:29 for Canadian men and this result must be achieved before April, 22nd, 2012.

Wykes marathon personal best is 2:12:39, which he achieved at the 2010 California International Marathon, December 2010. In that race, much like his half Marathon in Tempe, he quickly ran to the front of the field and held that position throughout. “I was hoping maybe someone would be willing to go with me the first 5K or 10K,” Wykes said afterward. “But it is what it is. I was prepared to run alone. I wanted to run hard. I really got up for this race.”

Wykes is attempting to become the third of three Canadian qualifiers after Eric Gillis (2:11:27) and Reid Coolsaet (2:10:55). Gillis and Coolsaet  managed to run the standard during the Toronto Waterfront Marathon, October 16, 2012, while during that same race Wykes finished in 2:12:57.

In response to being asked what the probability is of hitting the 2:11:29 standard at Lake Biwa, Wykes said, “I’m not interested or comfortable with making conjectures about what I’m capable of at Biwa. I just want to keep my thoughts and energy focused, and go out and do it.”

In six weeks time we will know whether he can. “I’ve got a bit of work to do but it’s a good goal to have,” Wykes said of his Olympic qualifying attempt.