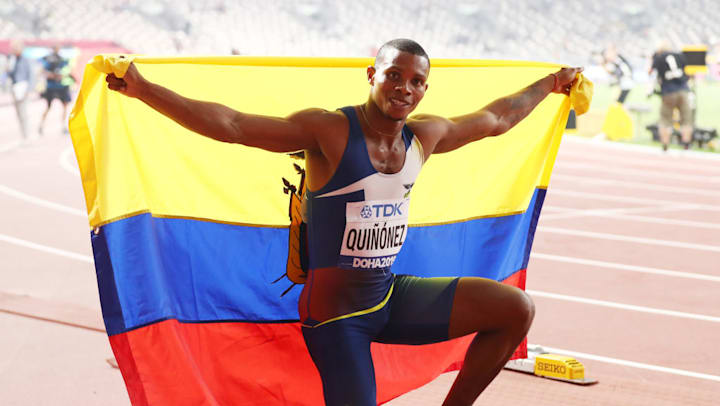 Ecuadorian sprinter Alex Quinonez who earned a bronze medal during the 2019 Doha World Athletics Championships was shot dead at a shopping mall in his hometown of Guayaquil on Friday.

The death comes days after Agnes Tirop, a Kenyan distance athlete who was murdered in her home allegedly by her husband Ibrahim Rotich. She was found stabbed multiple times. It is alleged that the motive was money. She owned several parcels of land, some of which was transferred out of her name while she was competing in the Tokyo Olympic Games. She was laid to rest on Friday.

Quinonez’s death was confirmed by Roberto Ibáñez, president of the Guayas Sports Federation, as he expressed himself on social media.

“My heart is totally shattered, I can’t find words to describe the emptiness I feel.”