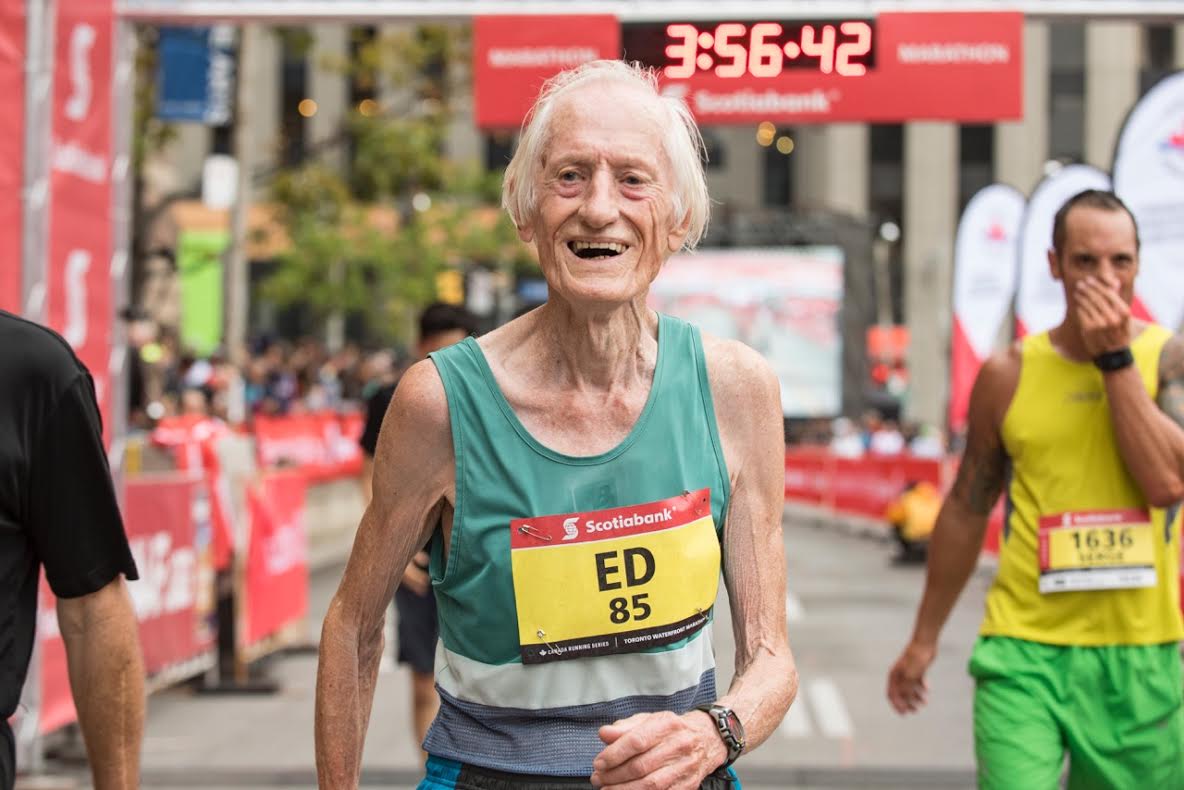 In the world of road racing celebrities Canada’s Ed Whitlock ranks high for his accomplishments as a prolific world-beating master’s competitor. Recognition comes in the form of long lines of well-wishers who want to meet the man who ran 2 hours 54:49 at the age of 73.

On October 20th the now 82-year-old Milton, Ontario native will tackle the Scotiabank Toronto Waterfront Marathon, a race he is especially familiar with. It was here, ten years ago, where he became the first 70+ runner to beat the 3-hour barrier a feat which earned him a cover shot on Runner’s World magazine.

In 2011 he set a world record of 3:15:54 for the 80+ age category in Toronto. Living 45 km away he is comfortable calling it a home town race. No doubt the rockstar attention he has become accustomed to will continue in Toronto.

“It doesn’t bother me,” he says of the fuss. “I don’t get too excited about road races in general. I used to get very nervous and upset before track races. But when you are a Master in road races you kind of disappear into the crowd. I think people in general never stop me when I am actually warming up. They do, I suppose, come up to you when you might want to get going.”

Whitlock has time for everyone after a race and enjoys meeting fellow runners but he says he is a little uncomfortable when people approach him and say he is a source of inspiration to them.

“People are always telling me that and I never know how to answer,” he declares somewhat bewildered. “How does one to respond to that? I don’t know. I haven’t thought up a good response to that comment. I don’t look upon myself as an inspirational type of person. I am too much within myself; I am not an outgoing person.

“I wouldn’t be a person who could stand up in front of a crowd just before the marathon and say ‘yes you can all do it.’ I am not a cheerleader. I don’t particularly hero worship other people. I have some lack of understanding why people do that with me.”

During STWM race weekend he will meet the Japanese Masters’ competitor Yoshihisa Hosaka, who, like Whitlock, took up running in his 40’s. At the 2009 Beppu-Oita Mainichi Marathon, he ran 2:36:30, a World Record for 60+ marathoners. He will line up in an attempt to beat the age 64 world record of 2:42:44 in Toronto.

“Ed-san is someone I’ve always wanted to meet and talk to, and this might be my only chance,” Hosaka told Japan Running News.  “There are so many questions I want to ask him, about his training, his longevity, his advice for a youngster like me.”

Meanwhile, Whitlock has been preparing for the race with hopes of running faster than he did at Toronto Waterfront last year. But he is as cautious as ever. The buildup hasn’t gone as well as he would like and his performance at the Milton Half Marathon on September 15th left him a little disappointed.  Though he ran 1:38:11 it was a minute slower than he had wanted.

“I am going to be in better shape than I was last year but not as good shape as I was the year before last,” he reveals. “And of course compared to last year I have got another year’s worth of aging and that is not a help. I am hopeful I can run faster than I did last year but, of course, it just depends on the conditions on the day and how my preparation goes between now and then. I am making the assumption that I have some decent quality preparation from now on.”

A graveyard near his home remains his training ground as he doesn’t like to brave the traffic on the roads. He runs laps of the 600-metre circuit for hours on end. One of his concerns is that he has yet to get his long runs up to three hours after a disappointing year.

“Last year was a bad year for me. I fell and broke my rib in a fall and I only raced three times last year because of that. Then after STWM last year my hip started to hurt. I have been struggling the early part of this year to keep going with one little ache or pain or other things that’s why my preparation has been behind where I would like it to be.”

Whitlock feels a strong allegiance to the Toronto event because of his long relationship with Race Director, Alan Brookes.

“Alan and I have a symbiotic relationship I guess,” he explains. “Some of the publicity I gathered has helped him with his race and he has helped me get the publicity.  I am friendly with Alan. It’s more than an athlete – race director relationship. It goes deeper than that. It has developed over the years. The Toronto Waterfront Marathon has become a tradition with me. I know the lay of the land although the course changes a little each year.”

Whitlock will be easy to spot on race day. Look for the guy surrounded by admirers with a big grin on his face.

Eilish McColgan’s near-record run, a sign of more from the Scottish athlete 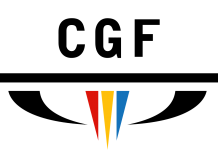