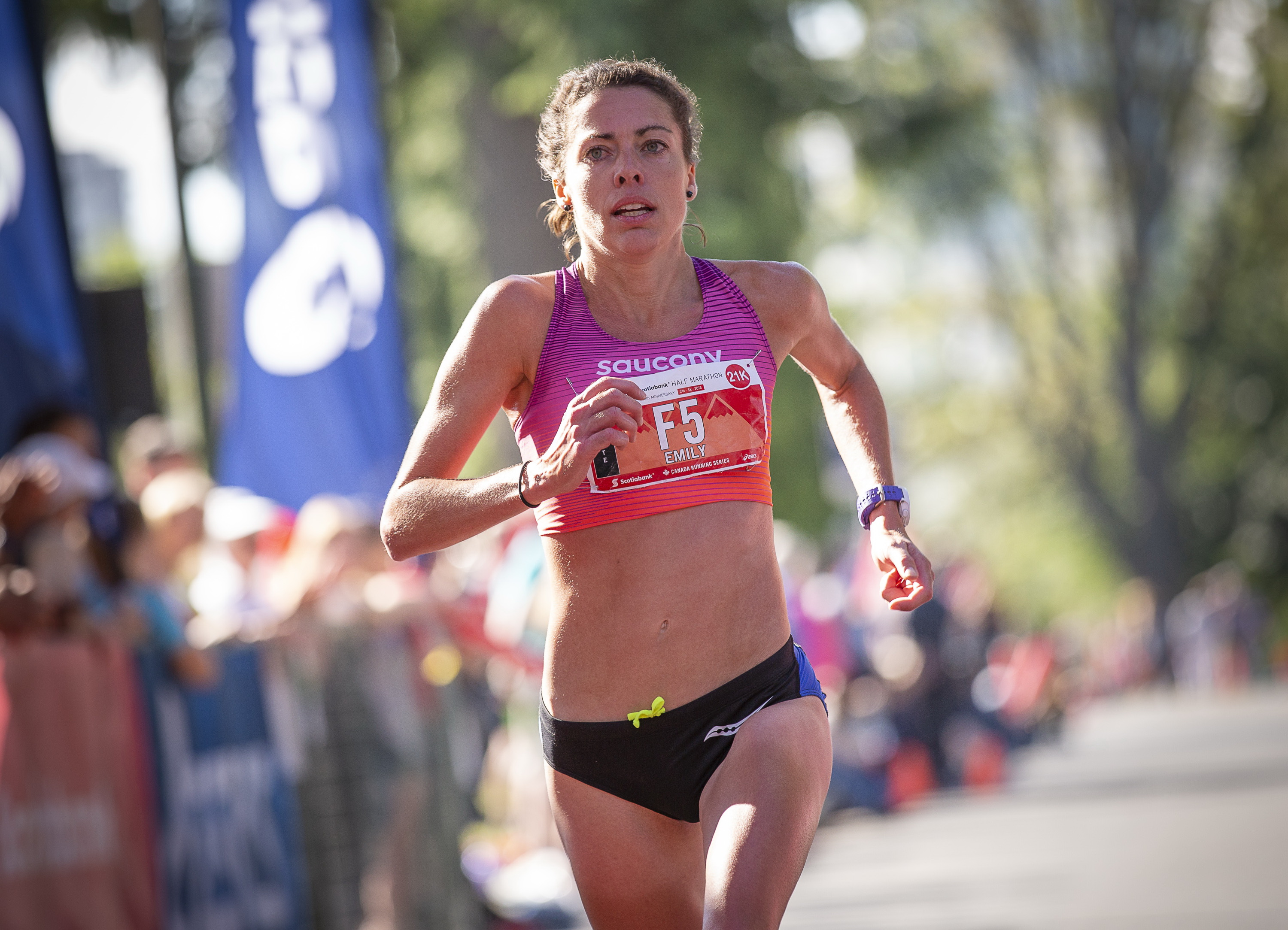 A sold-out crowd of five thousand runners will descend upon Alberta’s Legislature grounds (‘The Ledge’) July 22nd for the inaugural running of the Edmonton 10k – the newest addition to the Canada Running Series.

The Lululemon title-sponsored race has brought excitement and new sense of fun to running in the provincial capital and judging by the strength of the field – and the fact the race sold out in 13 hours – it is destined to be one of western Canada’s most popular races.

“Trevor and Evan will be tough to beat,” Coolsaet, 39, concedes. “Evan is running well, he just (finished 2nd in the 10,000m at nationals). I definitely want to compete and go for the win. It would be nice to run a fast pace but Edmonton is a little bit higher (elevation). I am not too concerned about the pace although 30 minutes is the cutoff for the prize money deduction.”

First place is worth $2,000 but if the winning time is slower than 30 minutes there is a 25% penalty. As Coolsaet duly notes, it is wise to keep an eye on the pace.

Hofbauer, who recently left the Speed River Track Club in Guelph, Ontario after missing family and friends in Calgary, won the 2018 Canadian Half Marathon Championship in his hometown on May 27th by almost a minute over Kip Kangogo. However, he reveals he has scaled back his training since then just running ‘easy miles’ with no high expectations.

The course is described as flat, fast and scenic, thanks to the City of Edmonton Civic Events Department agreeing to close the signature High Level Bridge which spans the North Saskatchewan River.

Coolsaet, a 39-year-old Hamilton, Ontario resident has taken his time returning to hard training after his 9th place finish at the Boston Marathon. A victory at the Toronto Waterfront 10k on June 16th confirmed he was on the right path although he has been especially cautious since he and his wife Marie welcomed their baby girl into their home.

“The Toronto Waterfront 10k itself sparked something,” he admits. “Since then the workouts have gone much better. I have actually been on the track once a week since that race that has made a difference and I have been able to run at a much faster pace in intervals the past four weeks.”

A strong group of women will battle for the $2,000 first place prize money and the 30 CRS

Sasha Gollish of Toronto, the 2015 Pan Am Games 1,500m bronze medalist has been on a tear over the longer distances lately. She won the Banque Scotia 21k de Montreal and also the Canadian Half Marathon title over Vancouver’s Dayna Pidhoresky. But four weeks later the positions were reversed when Pidhoresky beat her rival by two minutes at the Scotiabank Vancouver Half Marathon. Coming home third in Vancouver was Cold Lake’s Emily Setlack who represented Canada at the World Half-marathon Championships in Valencia, Spain in March and will carry Alberta’s hopes for a local champion on the women’s side.

The men’s current overall CRS leader, Tristan Woodfine – 90 points thanks to his victories at the Spring Run Off and the Banque Scotia 21k de Montreal –  is recovering from his recent Canadian marathon championship victory so Coolsaet (60) can overtake him with a good race in Edmonton and stake a claim for the $3000 overall prize.

The arrival of a Canada Running Series race in town also provides a great opportunity for Alberta’s top regional athletes to go toe-to-toe with some of Canada’s very best road racers. The local running community are hoping for a few upsets as local heroes such as Kieran McDonald or Michael Nishiyama on the men’s side and Morgan Lawley or Danielle Thiel in the women’s race take on the high-flying circuit leaders.

The addition of the Edmonton 10k to the Canada Running Series brings the total of CRS races to eight now and nobody could be happier than Race Director, Alan Brookes.

“The excitement, the anticipation about this new race is palpable,” says Brookes. “In an era where many are asking if running is in decline, where we have not seen a major, new road race on the Canadian scene for some time, two world-class Canadian organizations have come together to create a leading-edge experience in the new running movement — an outstandingly fun experience that brings the sport into the modern era. The fact that the event sold out in 13 hours 27 minutes underscores how ready Edmonton, and Canada is. Let’s do this!”