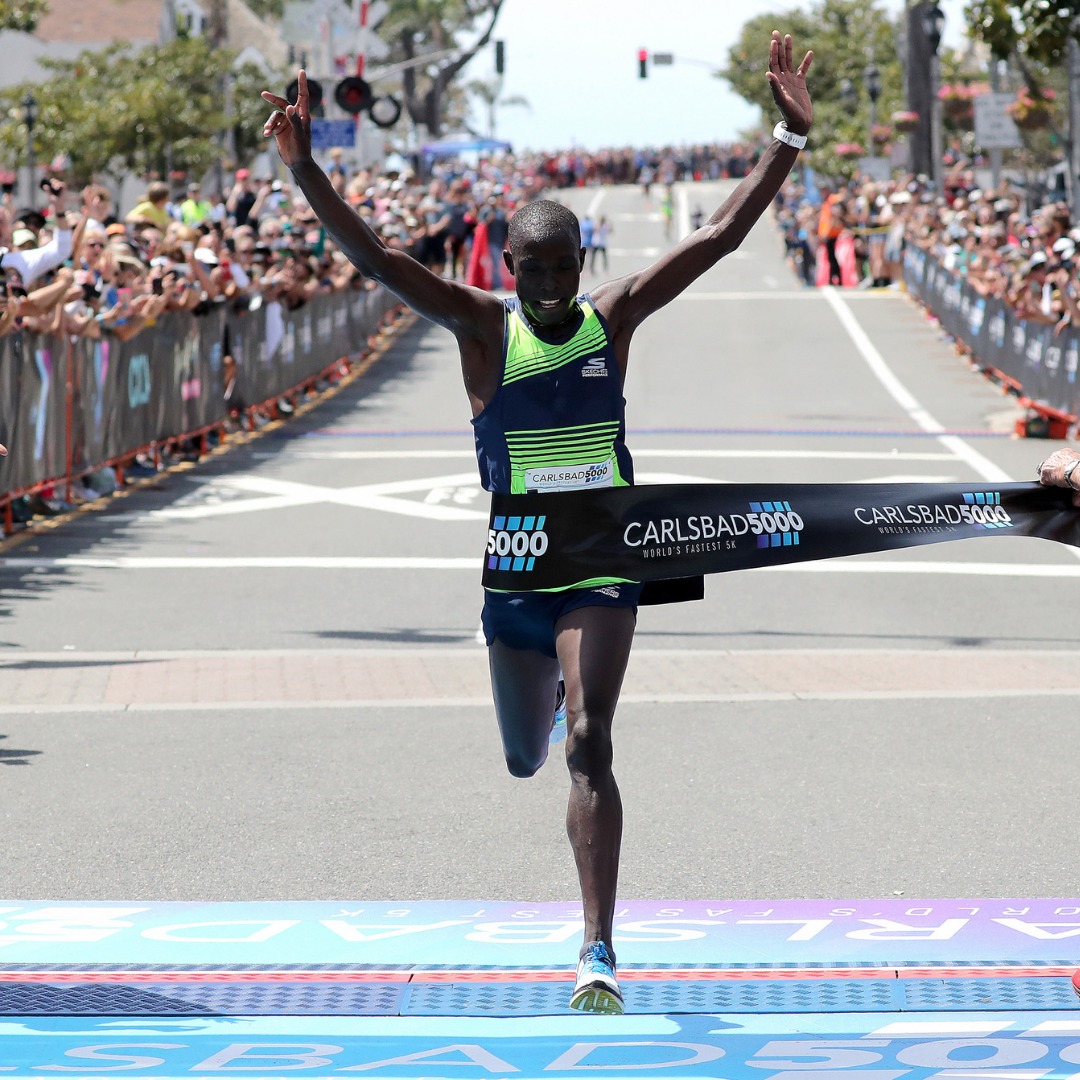 The last time that the Carlsbad 5000 was run was pre-pandemic in 2019. That year, “King” Edward Cheserek won the men’s race in the time of 13:29. Fellow Kenyan Sharon Lokedi claimed the women’s victory and clocked a 15:48 finish time. Sunday, thousands gathered for the return of San Diego’s iconic road race event.

Cheserek defended his title with a 13:44 finish time. Ethiopian Biruktayit Degefa took the women’s race in the time of 15:29.

The Carlsbad 5000 is considered the world’s fastest 5K with 16 world records or bests achieved at the iconic event.

Reid Buchanan who took third in 2019, did one better in the 2022 edition and was edged by Cheserek by one second. It was home turf for Buchanan who is from the area. Finishing third was Australian Jack Bruce in 14:04.

Cheserek told the Times of San Diego newspaper, “I’m excited to return to the Carlsbad 5000. Last time in 2019 was a lot of fun and after everything our running community has been through since then, I’m really looking forward to being back at the beach in sunny Southern California.”

Ethiopian Biruktayit Degefa also known as Biruktayit Eshetu took the women’s race in the time of 15:29.

Finishing in second and third place was a pair of South Africans in Dominique Scott in 15:48, who was followed in by Carina Viljoen in the time of 16:00.