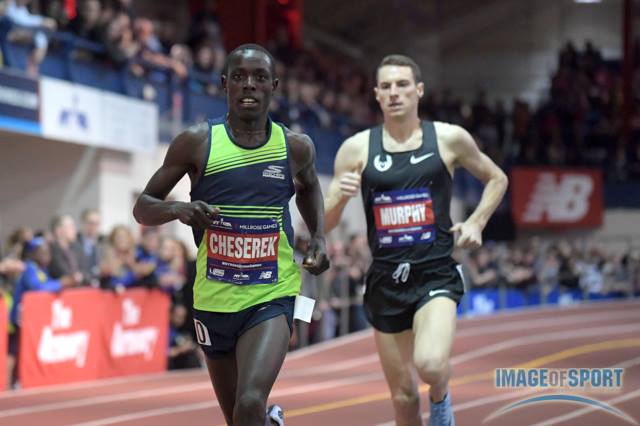 Seventeen-time NCAA champion Edward Cheserek won the Sunset Tour 10,000-metre race Saturday in Los Angeles, which is his first professional race at the distance. Cheserek broke the tape in the time of 27:42.69, 48 seconds faster than his previous best set at the 2014 NCAA championships. It is his second consecutive win in two weeks. On August 22, he won a 5,000m in the time of 13:21.78 in LA — a new meet record. His best at the distance is 13:04.44 from the Heusden-Zolder meet from July 2019.

Cheserek, a Kenyan-American competed for the University of Oregon. In 2013, he became the first freshman in school history to win the NCAA National Cross Country Championships. Cheserek compiled the most Div I wins in history with 17 national titles in cross-country, indoor and outdoor track. Cheserek tied the world record in Carlsbad with a 13:29 performance.

“It feels great to be racing again after the extended time off during the pandemic, so to find my groove with the 5K win last week and then win my first career pro 10K attempt on the track is even better,” said the 26-year-old.

Robbie Johnston was DQ’d when he crossed the finish line at the Athletics New Zealand Cross-Country Challenge on Saturday, having spat.

The two-time Olympian was warming down after the win when he was informed of the DQ. He had raced in the masters men’s 50-54 age group in the race that was held in Dunedin.

The veteran was alleged to have been spotted twice spitting on the Chisholm Links course during the 8-kilometre race. Imagine if he started sweating.

In sarcasm over social media, the 53-year-old wrote, “Just doing my bit for lifting the profile of the sport. All publicity is good publicity, as they say!”