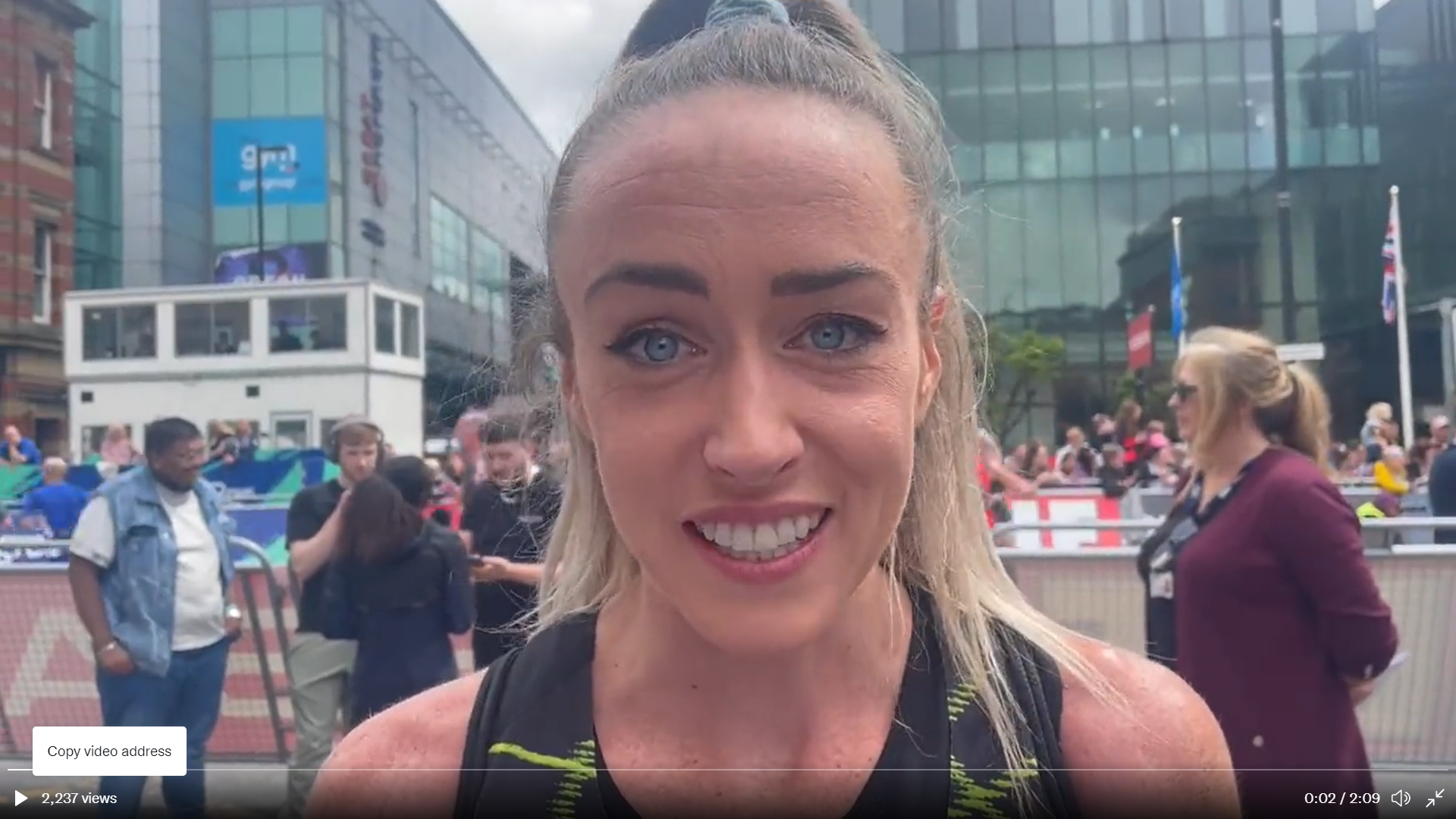 McColgan took two seconds off of Paula Radcliffe’s record from 2003.

Finishing in third place was Kenyan Ruth Chepng’etich in the time of 30:29, a new personal best time for the 27-year-old.

McColgan ran the Manchester Great Run in 2021 in the time of 30:52, which was the Scottish record

Obiri, the two-time Olympic silver medallist and World Champion in the 5000m event set a new personal best time Sunday. The holder of five Kenyan and one African records at age 31 continues to run at the top of her game. She has set five new personal bests during 2021 and 2022 including in the half-marathon distance at 64:22 in February. Her half-marathon best is the fifth-fastest all-time. Chepng’etich is two positions faster at the distance all-time with her run of 64:02 from Istanbul last year.

Top 3 women in the 10K at #GreatManchesterRun!

New Zealand’s Jake Robertson, who has been training in Iten, Kenya, won the men’s race in the time of 28:06. Australian Jack Rayner finished in second place in the time of 28:16, while Spain’s Antonio Abadia took third with his performance of 28:22. It was a 16-second improvement on his personal best for the 26-year-old Raynor. The 31-year-old Abadia owns a best of 27:48 from 2018.

The Iten 15K race went Sunday as well. The winner was Kenyan Bernard Kipkurui who finished in the time of 44:29. He finished ahead of Weldon Lang’at who recorded a 44:40 performance and taking third was Charles Tosei at 44:50.

Chesang, who lives in Iten, was using the race to prepare for the World Championships starting July 15 in Eugene, Oregon, as well as the Birmingham Commonwealth Games which begin July 28 in the UK.