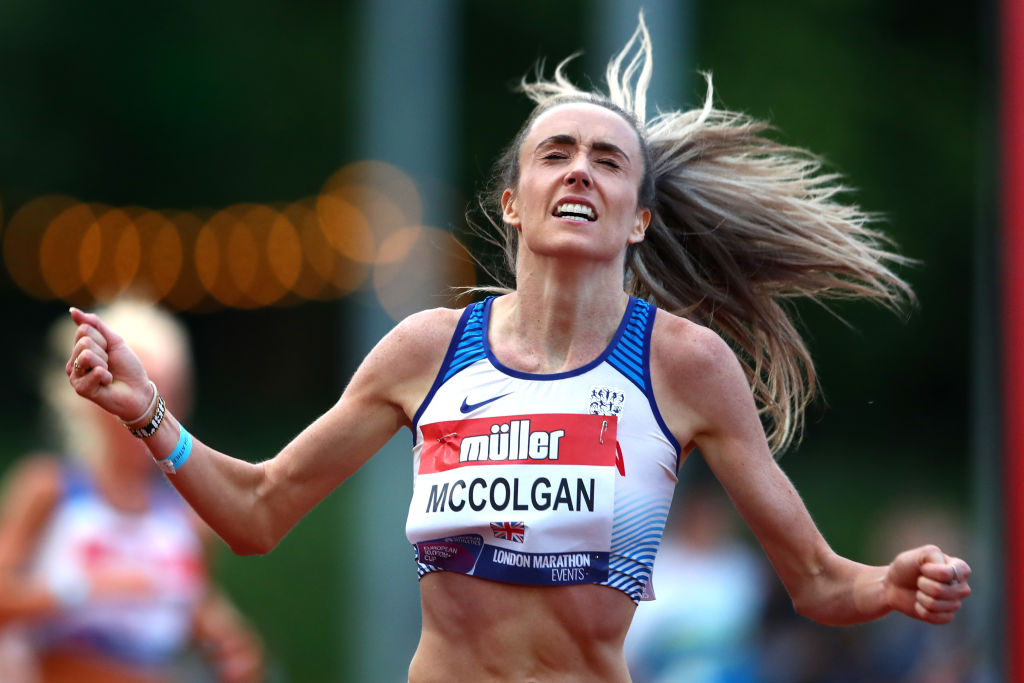 Eilish McColgan broke Paula Radcliffe’s 21-year-old British half-marathon record on Saturday at the Ras Al Khaimah Half Marathon. The 31-year-old clocked a 66:26 performance. It was her second only crack at the distance. Along the way she also recorded the 20K record at 63:06 with her sixth-place finish.

The leaders went out at a sub-65 pace. McColgan was looking for more, however, is happy with the performance.

She told Athletics Illustrated, “I knew from training I was in good shape and, to be honest, I was secretly hoping I could run close to 66 flat.”

Congratulations to @EilishMccolgan, who clocked a time of 66:26 in the @rakhalfmarathon to write her name into the history books 📖 pic.twitter.com/fszBGZtkpr

Ethiopia’s Girmawit Gebrzihair won the race over a strong field to set a new course record 64:14.

McColgan’s mother Liz (Nuttall) McColgan — who happens to be her coach — previously held the Scottish record at 68:42 and won the inaugural World Half Marathon Championships that took place in 1992 in Newcastle, UK. Liz McColgan also ran as fast as 67:11, however, the course in Tokyo was not considered legal at the time.

This makes nine Scottish records for Eilish McColgan and her second British record. She also holds the 5000m British record at 14:28.55 from July 2021, where she competed in the Bislett Games. In that race, she also improved a Radcliffe record which was 14:29.11 from 2004.

As for more half marathons and the marathon, McColgan expects to compete in both going forward. She will make her marathon debut at a yet-to-be-determined race. In 2019 she told Athletics Illustrated, “I’ll definitely be looking to run a marathon after the Tokyo Olympics. I feel like that will be a great place to move on into something a little different and to challenge myself in new ways!”

And as for the half marathon, there is more to come from her. “It’s my first road race at that level and only my second ever half so still feel like I’ve got a lot to learn over the distance!”