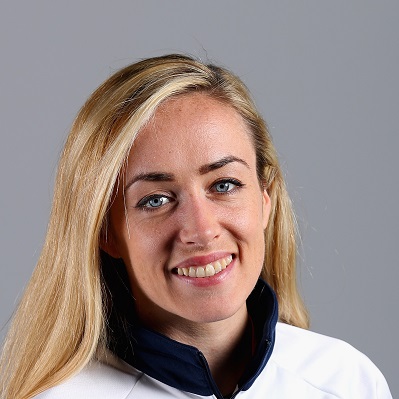 As discussed with Eilish McColgan in July of 2019, the Scottish runner will be moving up to the marathon from her specialty the 5,000-metre distance. During the interview, she told Athletics Illustrated that she will move up after the 2020 Tokyo Olympics.

“I’ll definitely be looking to run a marathon after the Tokyo Olympics. I feel like that will be a great place to move on into something a little different and to challenge myself in new ways!”

McColgan will make the debut on October 2 in the London Marathon.

She also plans to compete in the 2024 Paris Olympic Games marathon.

McColgan will be competing in the 2022 World Athletics Championships in Eugene, Oregon, and was just chosen for her third Commonwealth Games happening shortly after in Birmingham, UK.

Even more incredible to have made the team alongside my wee bestie – @JennySelman2. Her first Commonwealth Team! Who would have thought we'd get to this point!?

The 31-year-old Scottish runner broke Paula Radcliffe’s British half-marathon record of 66:47 on Feb. 19, when she ran a 66:26 at the Ras Al Khaimah half marathon.

She is following in the footstep of her mother who dominated during the 1990s over the distance. Liz McColgan held several Scottish and UK records, some of which Eilish has recently taken.

McColgan-Nuttall (Lynch) was competitive internationally over the 3,000m to 10,000m distances as well as the marathon and won gold at the 1991 Tokyo World Track and Field Championships in the 10,00m. New York, Tokyo, and London Marathons from 1991 to 1996 holding the Scottish record for 22 years until Steph Twell broke it last year.

Her father Peter McColgan was also an international athlete who competed in the 3,000m steeplechase for Northern Ireland and also toed the line for Great Britain in the 1991 Tokyo meet.

Eilish is coached by her mother.