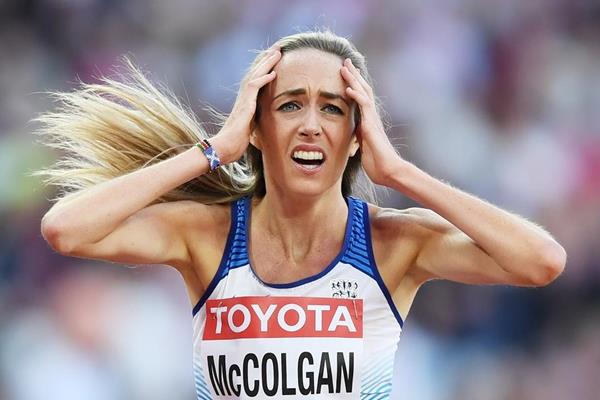 On Sunday, Eilish McColgan won the Great South Run in Portsmouth, UK, taking her mother’s (Liz) Scottish record for the distance. She finished in the time of 51:38 in defending her title. McColgan led from gun to tape. Liz McColgan’s record was 52:14 from Nottingham in 1992. The British record is held by London’s Paula Radcliffe at 51:11.

The win came two weeks after she improved upon her own Scottish 5,000-metre record with a time of 14:46.17 to place 10th in the 2019 IAAF World Athletics Championships that took place in Doha, Qatar.

Asked if this race performance was a foreshadowing of moving up in distance, the 28-year-old told Athletics Illustrated, “It’s always been in my plans to gradually move up in distances but this race definitely gives me confidence. I’ll look to do the 10,000m next year and see how things go. Further down the line – perhaps after Tokyo – I’ll look to move up to the marathon.”

She competed in the 2012 London and 2016 Rio Olympic Games, Tokyo would be her third Olympics. She also competed in the 2014 Glasgow and 2018 Gold Coast Commonwealth Games. She earned a silver medal in the 2018 Berlin European Championships in the 5,000m event.

After a few near career-ending injuries, she has returned to world-class performances even though her mileage volume is modest at approximately 50 miles per week (80K).

Considering her disappointing 10th place finish in a stacked field in Doha, she responded to the question positively, that Doha indeed had sharpened her for Portsmouth.

“There’s no doubt about it – Doha made the pace of the 10-mile feel slower than I expected. I didn’t prepare for the race in any way so it was a shock to be able to knit the race together with the way I did. [It] gives me a lot of confidence in my natural endurance. If I can run that time off just 50-miles a week and running once a day – then I feel I can go much faster when we start to build up my mileage.”