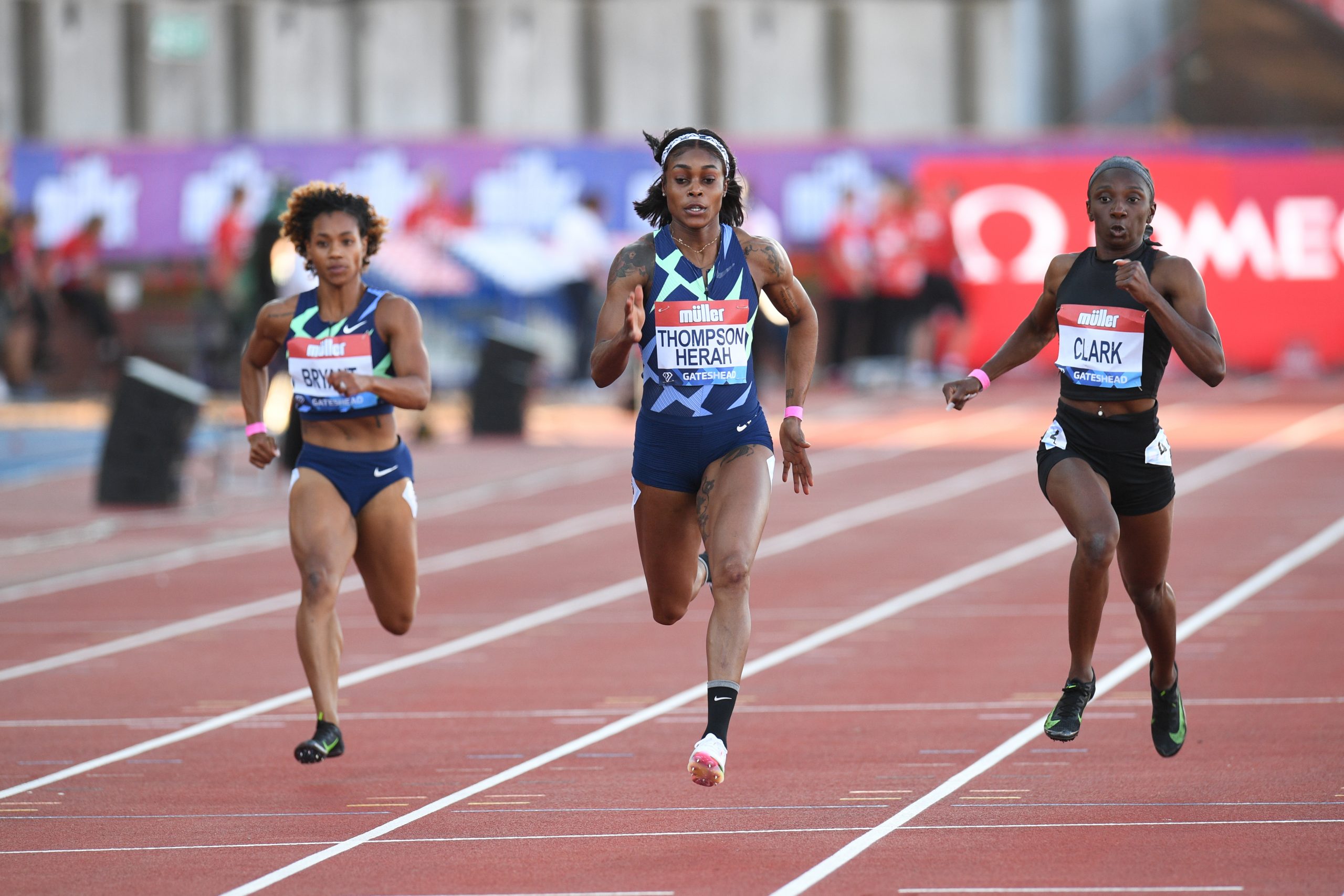 Multiple Olympic champion Elaine Thompson-Herah from Jamaica and two-time Olympic bronze medallist Daryll Neita of Great Britain will race over 60m at the Müller Indoor Grand Prix on February 19. Müller is a World Athletics Indoor Tour Gold meet. The event will take place at the Utilita Arena in Birmingham.

Thompson-Herah, gold medallist in the 100m, 200m, and 4x100m relay in Tokyo, is the Jamaican national record-holder and second-fastest woman of all time over 100m (10.54) and 200m (21.53). She has won five Olympic titles and one silver across two Games. Additionally, she earned a World Championships relay title and 200m silver in 2015. The 29-year-old also has a World Indoor Championships bronze medal over 60m and a personal best of 6.98.

“I’m so excited to race in Birmingham to start my 2022 campaign,” said Thompson-Herah. “I have enjoyed competing in the UK over the years and there is always a special atmosphere at this venue. I ran my PB at this arena in 2017 (6.98), so competing here means a lot to me. This year is a huge one. I have big goals for the World Athletics Championships later this summer, but first I’d like to give fans something to cheer about in Birmingham.”

Neita, Olympic relay bronze medallist in Tokyo and Rio and twice a World Championships silver medallist, had an outstanding 2021 during which she recorded lifetime best performances over 100m (10.93) and 200m (22.81). The 25-year-old finished eighth in the Olympic 100m final in Tokyo and is the second-fastest British athlete of all time. Her 60m best is 7.21 from February 2021.

“I’ve matured a lot as an athlete over the last couple of years and my mindset has really developed,” she said. “In training, I would imagine having the top girls in the world next to me and now I’m racing against them, so I know I belong here. The last time I raced Elaine indoors was in Birmingham in 2017 when she won, and I was fifth. Although she remains faster than me, I have to believe that the gap has closed since then and that with the backing of our brilliant British supporters, I can be more competitive this time around.”

The Müller Indoor Grand Prix is the fifth meeting of the 2022 World Athletics Indoor Tour (Gold). There are seven ‘Gold’ level meetings across the series, starting with Karlsruhe on 28 January and culminating in Madrid on 2 March.