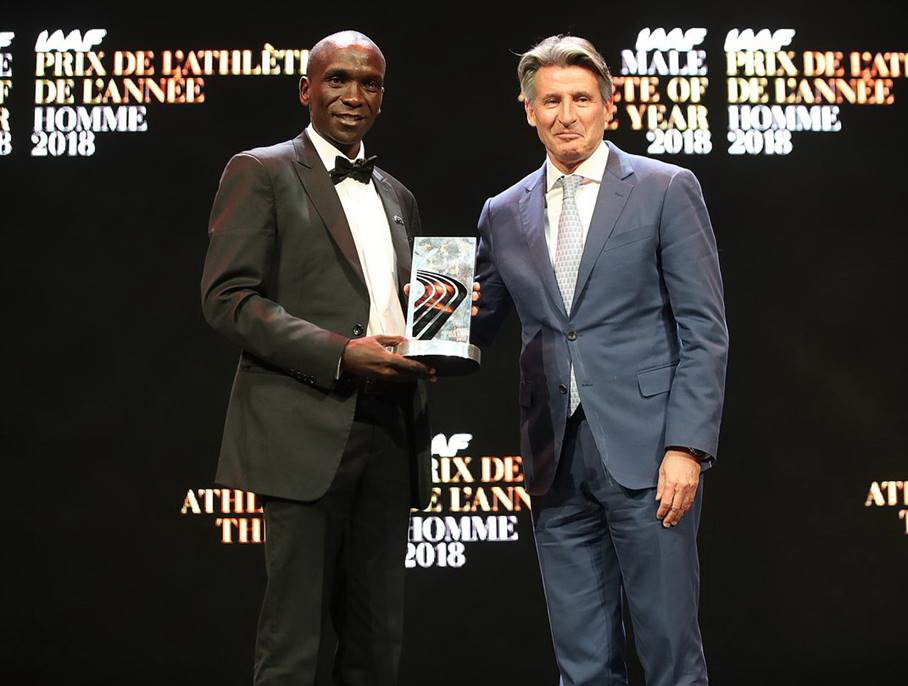 Caterine Ibargüen has been named IAAF Female Athlete of the Year 2018 during the IAAF Awards in Monaco this evening.

Ibargüen had an impressive season where she dominated both the Triple Jump and Long Jump disciplines throughout the year. To crown her 2018 season she won both the IAAF Diamond League Finals as well as the IAAF Continental Cup.

“I want to say thank you to all of Colombia who have supported me since the start, To my coach Ubaldo, my family, all of the fans and to my management Global Sports Communication. I couldn’t have done it without you!’

Caterine was nominated alongside the following athletes:

Eliud Kipchoge has been named IAAF Male Athlete of the Year 2018 during the IAAF Awards in Monaco this evening.

The NN Running Team frontman received the prestigious nomination after running the world record during the BMW Berlin Marathon while also winning the Virgin Money London Marathon earlier this year. Kipchoge set the new world record in a time of 2:01:39 in Berlin this past September, shaving an astounding 78 seconds of the old record ran in 2014 by Dennis Kimetto.

“This award means a lot to me. It’s a tribute to the hard work that I’ve put in during my career. I think I knew at 30km into the race I was sure I was going to run a world record. I didn’t know however that it was going to result into such a great time.  I want to pass my gratitude to my family and my children, they are my ignition key. Secondly, I want to say thank you to my coach Patrick Sang and to my management Global Sports Communication as they have shown me that when you believe in yourself you can do great things. Finally a huge thanks to my sponsors Nike & NN who help me make it all possible”

Eliud was nominated alongside the following athletes: