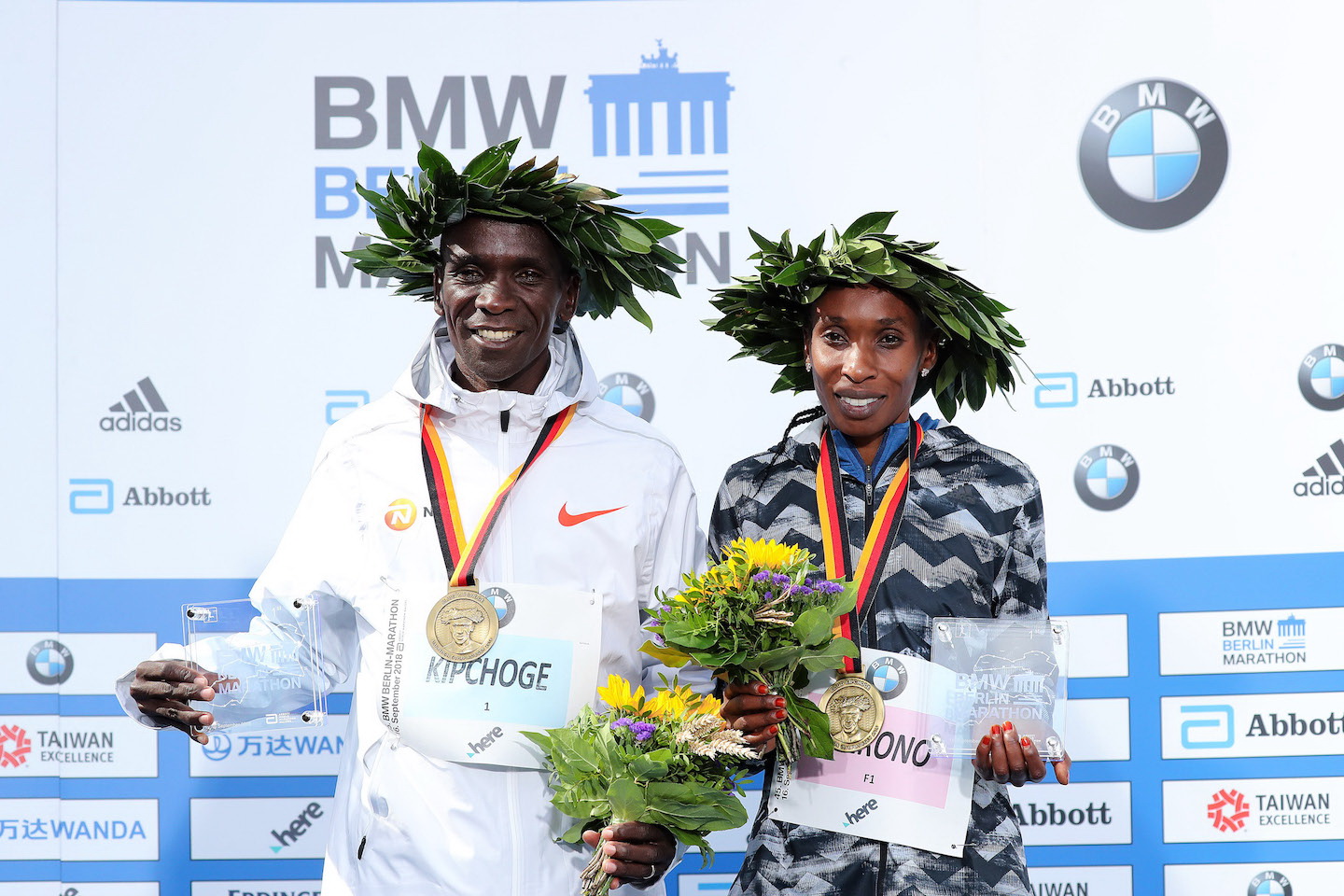 Eliud Kipchoge has been selected as the Best Marathon Runner of the Year (BMR) by the members of the Association of International Marathons and Distance Races (AIMS) for the fourth time in a row.

Fellow Kenyan Gladys Cherono also takes the prestigious title, but for her it is the first time. Cherono will be in Athens for the presentation of the award at the annual gala on Friday night, staged by AIMS and the Hellenic Athletics Federation (SEGAS) at the impressive Megaro Athens Concert Hall. Horst Milde, founder of the Berlin Marathon, will also be in Athens to receive the 2018 AIMS Lifetime Achievement Award. Former AIMS President Hiroaki Chosa, who can not travel to Greece, has been selected for this Award as well. The winners were announced by AIMS.

Distance running returns to its spiritual home when the 2018 AIMS Best Marathon Runner of the Year Awards are held in Athens on Friday, Nov. 9. The Annual AIMS Gala brings together more than 60 race directors associated with AIMS. And they will participate in the 12th International Marathon Symposium the next day, Nov. 10. The focus will be on competition the day after, Sunday, Nov. 11 when runners in the Athens Marathon – The Authentic follow the historic course of 42.195 k (26.2 miles) from the town of Marathon to the 1896 Olympic Stadium located in the centre of Athens.

It has been a remarkable 12 months for Kipchoge who has been declared as the men’s BMR Award winner for the fourth consecutive year. The 2016 Olympic Marathon champion capped the year by breaking the world record by the biggest margin in over 50 years – 78 seconds – to run 2:01:39 in Berlin on Sept. 16. For good measure, and within the period from Oct. 1, 2017 to Sept. 30, 2018 which constitutes the judging period – he won the London Marathon for the third time in April. The 34-year-old Kenyan is unbeaten in all but one of his 12 marathons, having made a victorious debut at the distance to win the Hamburg title in 2013 with 2:05:30. This tally includes his attempt at marathon history to break two hours for the distance on Monza’s Formula One circuit in May 2017, when he ran 2:00:25. His longevity is also impressive, having won the World 5,000m title in 2003 at the age of 18.

Gladys Cherono has earned her title as women’s 2018 BMR title in fine style with the fastest time in the world this year of 2:18:11 to win the Berlin Marathon, her third victory in that race. This followed a fourth place in 2:24:10 in London in April. The 35-year-old made her debut at the distance in 2015 following a short distinguished career on the track, finishing runner-up in Dubai that January. Winning the World Half Marathon title in 2014 pointed to her potential as a marathoner while she also took a silver medal at 10,000m in the 2013 World Championships.

Two distinguished administrators have been recognised for their contribution to distance running in sharing the AIMS Lifetime Achievement Award: Hiroaki Chosa of Japan, former President of AIMS from 1994 to 2010 and Horst Milde from Germany, founder of the Berlin Marathon in 1974 and also a founding member of AIMS in 1982.

Further awards for 2018 to be presented at Friday’s recepti

on, organized by AIMS and the Hellenic Athletics Federation (SEGAS): the AIMS Green Award goes to the SwissCityMarathon-Lucerne while the Belgrade Marathon will receive the AIMS Social Award.

On Saturday, November 10, race directors representing some of the world’s best distance races will participate in the 12th AIMS Marathon Symposium. This year’s theme in Athens will be: “General Data Protection (GDPR), Implications and Impacts on Running Events.”