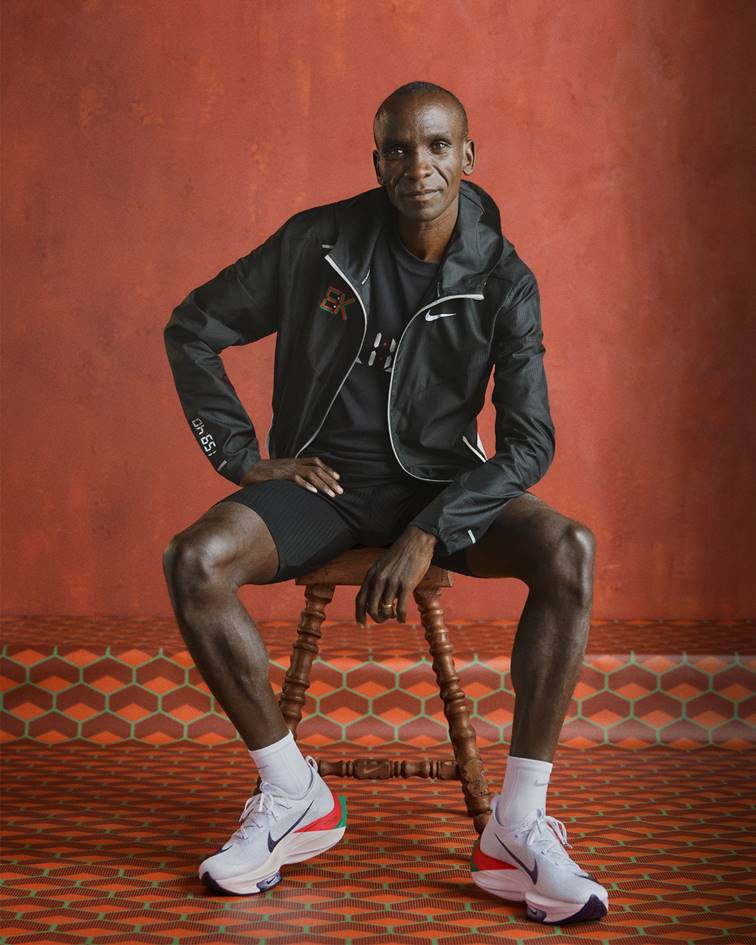 Michael Jordan and Cristiano Ronaldo have both launched their own NIKE clothing line and now this honor is upon Eliud Kipchoge. Kipchoge launched the NIKE EK-line earlier this morning. The EK-line includes shoes such as the Alpha-Fly and the Pegasus as well as other running apparel. The line is inspired by Eliud’s achievements in athletics but also embodies a close connection to his Kenyan roots and mantra: ‘No Human Is Limited’.

The EK-line is available as of now in NIKE stores around the world as well as their online store. This unique collection is a NIKE initiative to honor the greatest marathon athlete in history. The campaign slogan ‘Run unlimited’ aims to spread Eliud’s legacy on a global scale. Eliud’s mission? Inspire the entire world to run!

Eliud Kipchoge: “It is a long time now since I started running, and while my runs have changed, I’ve always experienced the same joy. I’m incredibly proud to represent Kenya around the clock and with this collection from Nike Running and myself, people can now wear the flag all around the world. That’s how people can become one.”

On October 12th, 2019 it was NN Running Team athlete Eliud Kipchoge who became the first person in history to break the 2-hour marathon barrier during the INEOS 1:59 Challenge. In Vienna, Austria, the Kenyan together with 40 world-class pacemakers crossed the finish line after 1 hour, 59 minutes and 40 seconds. Eliud Kipchoge also holds the official marathon world record of 2:01:39 which he secured during the 2018 BMW Berlin Marathon.