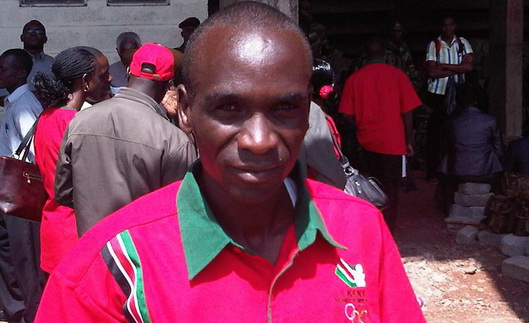 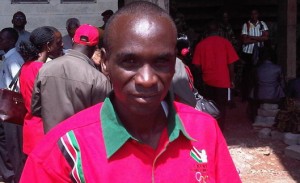 On Sunday, April 24th Eliud Kipchoge ran the second-fastest marathon in history at the 2016 Virgin London Marathon, finishing in the time of 2:03:05. The only faster marathon was done by fellow Kenyan Dennis Kimetto during the 2014 Berlin Marathon, which resulted in a 2:02:57 performance.

Steve Cram, one of Great Britain’s all-time best middle-distance runners said that Kipchoge’s marathon in London was the greatest ever. Considering that six of the eight fastest marathon performances took place on the same course in Berlin, Cram may be correct; the performances are more comparable, using the same route.

Kipchoge has nurtured his career over shorter distances and has performed at a high level in events ranging from 1500-metres (3:33.20) to the marathon.

Christopher Kelsall: What was it like growing up in Kapsisiywa? Were you inspired to run by any athletes from the area?

Eliud Kipchoge: I just found myself in Kapsisiywa and it was great to grow up in that remote part of Kenya. I was inspired by Patrick Sang who is my neighbour and that’s how I came to know and love sports. He is my coach at present.

CK: Do you get to spend much time with your family?

EK: During my offseason, I spend nearly all my time with my family and going to my shamba to see how crops and animals are doing.

CK: Apparently you didn’t start running seriously until after the year 2000. Did you grow up running for transportation or playing other sports like soccer (football)?

EK: I didn’t run seriously until 2000, but I use to run in school competitions, I didn’t do any sport, but I was loving watching football.

CK: Steve Cram suggested that your London 2:03:05 performance was the best marathon ever. Do you think that you would have been able to hold the world record pace on the Berlin course?

EK: I totally appreciate the sentiments of Steve Cram. Yes, I think I would have held the world record pace in Berlin.

CK: Do you feel that if you had run the first 30K of the London marathon a little slower, you would have broken Dennis Kimetto’s 2:02:57?

EK: I am happy with the outcome of the London marathon and I don’t have any regrets at any point.

CK: You moved to the marathon distance after a career over the shorter distances – the way it was done in the past. Why did you wait?

EK: I thanks those who guided me, for a decade of competitive track and field, I had a plan for staying in track for ten years, on the other hand, I had to stay in track to gain more experience both mentally and physically, however, to be more exposed in this world of competitive sport.

CK: When will you make another attempt at the world record? Do you think you need to run Berlin again to make it happen?

EK: For now, all my thoughts are purely in Rio and other plans will come after that.

CK: Have you made a decision about running the Rio Olympic Marathon yet?

EK: Yes I will be running in Rio. But I will be racing it for the win, not just for a time result.

CK: You have said that athletes can benefit from racing with and without pacers. How do you feel about the watch, especially in a championship marathon like the Olympics?

EK: Marathon is all about good planning and preparation and above all the ‘will’ (the will is the ability to act, rather than to be acted upon). Yes, sometimes one needs to train without the watch, and sometimes it is important to have a pace in mind depending on the workout or the race situation.

CK: Have you had a chance to look at the course? If the temperatures and wind are low, what sort of time could be run there?

EK: Rio will be ok, as all the athletes are competing for the gold medal, not time. I have not seen the course, if the wind and temperatures will be low, then we will have a wonderful race.

CK: Do you feel that the IAAF and WADA have made significant progress in curbing doping?

EK: I totally believe and trust in IAAF and WADA. They are doing an incredible job.

CK: Who are some of the young Kenyans that you see coming up and will be highly competitive on the world stage?

EK: Kenya is a hub of sportsmen and women, to single out one is Geoffrey Kamworor, my training partner.

EK: I see the world record coming to two hours.

CK: You have said that you sacrifice passion for the sport as part of your mental preparation for training and racing, saying that, is running purely business for you?

EK: I am running because I love the sport and above all, it has earned myself a life. Even after retirement, I will still jog in all big city marathons. I will also travel the whole world to sensitize kids on the importance of sport and above all how sport helps to kick out lifestyle diseases. I will continue to run because of having a love for the activity.