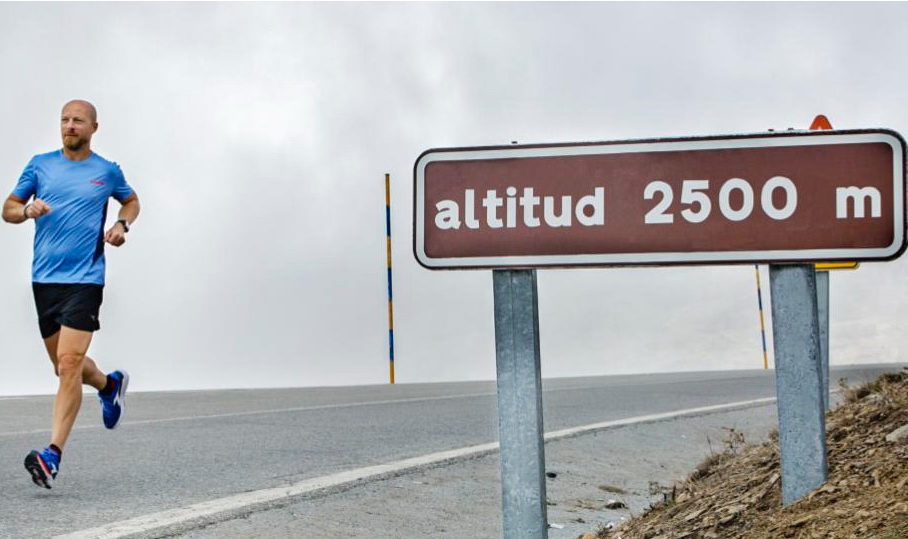 Perhaps the great Spanish marathon runners Julio Rey (2:06:52) and Ana Isabel Alonso (2:26:51) can be encouraged out of retirement with the latest road race offering.

Albatros Adventure Marathons believe they have created a marathon route that can allow runners to break the two-hour barrier before Eliud Kipchoge will make his attempt on Oct. 12. Their race takes place on September 22 in Spain.

Albatros has created such events as the Polar Circle Marathon, run in Greenland completely on ice and snow, the self-explanatory Great Wall Marathon and the Iceland Volcano Marathon. According to their website the first run happens in 2020. “It’s a hotbed of geothermal activity with geysers, hot springs, lava fields and glaciers – what’s more, the volcanic zone is still very much active.”

MRC takes place in Andalucia, Spain and is dubbed the World’s Fastest Marathon.

The title sponsor is Mikkeller Beer, also sponsor of the self-professed world’s largest running club, Mikkeller Running Club (MRC) who are organising the event in partnership with Albatros.

According to Max Krohn Kempinski, who is an MRC club member, the race is 100 per cent downhill with a drop of 1,938 metres for a total average descent grade of 4.6 per cent.

If you can lean downhill, and let the legs turnover, you should indeed break your own personal best.

“MRC is most likely going to beat the world record of the World’s fastest marathon,” said Kempenski. “This event is in cooperation with Albatros Adventure Marathons and together we’ve made a route which is ideal for making the first sub-2-hour marathon time.”

Of course this race route will not be sanctioned for records or standards by the International Association of Athletics Federations (IAAF) as the net downhill and point-to-point layout from start to finish disqualify that opportunity, however, a fellow non-certified race, the B.A.A. Boston Marathon will recognize times run at MRC to qualify for Boston.

One unique feature is the six-hour cut-off time. If a runner is slower than six hours, they get an “FNT” (Finish – no time) beside their name instead of a result. If that isn’t motivation to fly down the hill, then the 21K cut-off will be. If a runner hasn’t descended to 21K within three hours, they will be picked up and driven to the finish line. Perhaps with the cut-off offering, they expect few to be that slow. Stragglers still on route after six hours will be picked up and dropped off at the finish.