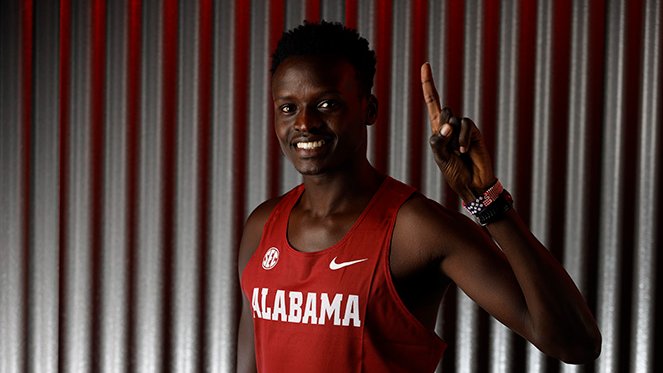 Eliud Kipsang won the Bryan Clay Invitational 1500m on Friday at Cougar Athletics Stadium in Azusa, CA. He clocked a 3:33.74 performance, which is a new NCAA and meet record.

Finishing in second place – in the first 1500m heat of the meet – was Canadian Will Paulson not far behind at 3:33.97. For the 27-year-old Paulson, it was a new personal best. He entered the meet with a 3:35.42 best from Griswold Stadium in May 2021. In Third was Vincent Ciattei in 3:36.79 for the fourth-best time of the day. The third-fastest time came out of heat #2 which was provided by Abdihamid Nur who clocked a 3:36.33 performance for the win.

Although Paulson ran a very strong race and led well into the final 100m, Kipsang unleashed a ferocious kick to take the win. Paulson claimed the fourth-fastest Canadian performance all time. Unofficially only Kevin Sullivan and Graham Hood have run faster.

There was 12 heats in the men’s 1500m alone at the Bryan Clay Invitational.

For Kipsang, it was a near two-second personal best performance. He ran 3:35.49 last year at the Jax Track at Hodges Stadium in Jacksonville, FL.

There were plenty of sub-14-minute performances for the men in the various heats, but the fastest heat produced a 13:16.52 run by Brian Fay of Washington University. The 23-year-old native of Dublin, Ireland clocked a new personal best and a new meet record on the day. Prior, it was American Evan Jager with the meet record at 13:24.77 from 2018. Jager holds the US record in the 3000m steeplechase at 8:00.45.

Several athletes clocked new personal bests including 23-year-old Canadian Keiran Lumb with his fourth-place finish in the time of 13:23.26.

Full results from the Bryan Clay Invitational are here>>