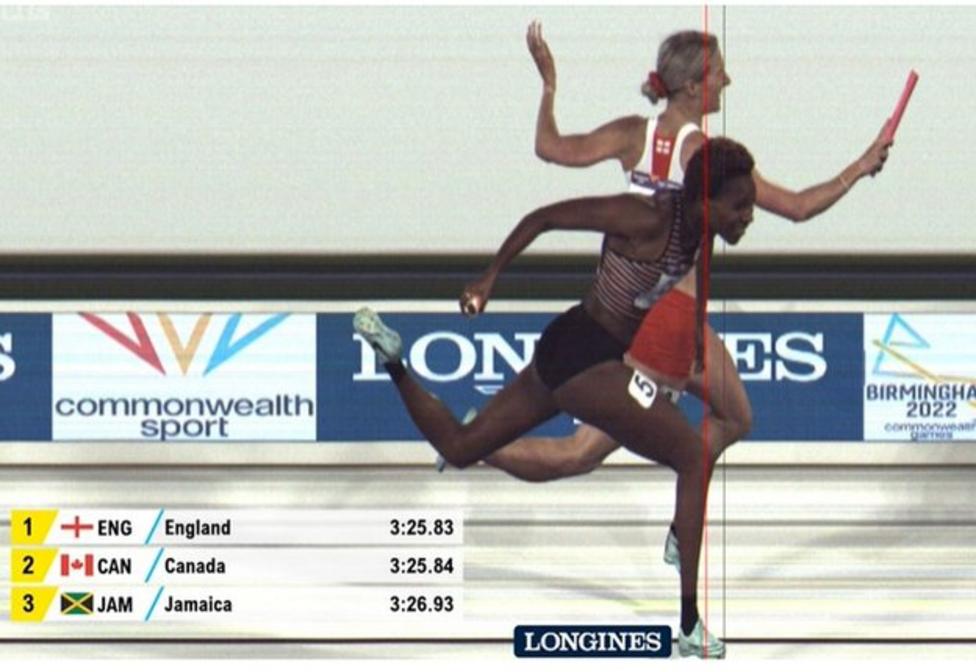 Australia defeated hosts England in the total medal standings at the 2022 Birmingham Commonwealth Games 178 to 176. Although Australia had 10 more golds, the total count was of the slimmest of margins.

One that got away was the 4×400-metre women’s relay. England was disqualified after having won the race by one, one-hundredths of a second.

England was denied the 4x400m relay gold after officials ruled that they committed a lane infringement prior to anchor Jessie Knight winning by the smallest of margins.

Knight initially seemed to have taken the victory by a hundredth of a second ahead of Canada’s Kyra Constantine.

England, however, was denied victory as judges spotted Jodie Williams’ foot stepping on the line on the first changeover.

Scotland was promoted to bronze. Jamaica to silver. No appeal was filed.

The infringement and decision denied England one of the medals that they needed to catch Australia. The finish required examination of the photo at the line. And, while England was celebrating on the track, officials examined the handoffs and declared England disqualified.

As the Games entered the final day, the gap seemed too large to close, but in the end, England came close.

Tune in tomorrow to see if it changes 👀#Birmingham2022 #commonwealthgames pic.twitter.com/uUKmT34V5k