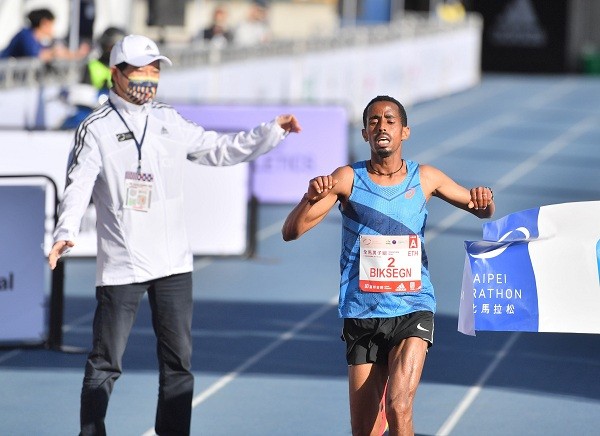 Bikesegn clocked a 2:11:41 performance, positive splitting the second half having run a first 21K in the time of 64:52.

The published results appear out of order, however, Ethiopian Meseret Yitbakek appears to have finished second while Moroccan runner Bilal Marhoum took third.

Ethiopian Gelane Bulbula Senbete took second, while Lilia Fisiskovici of Moldova finished third. She is the national record holder with a personal best of 2:27:26 from her 2019 London Marathon performance.

The Taipei Marathon is a bronze labelled World Athletics race. Since 1986 it has started at the Taipei city hall and finished at the taipei Stadium.

Course records are 2:09:18 by Kenyan Paul Lonyangata and 2:27:36 by Helena Kirop from the 2011 running of the event, which also includes a half-marathon. Approximately 7,000 people take in the race each year.