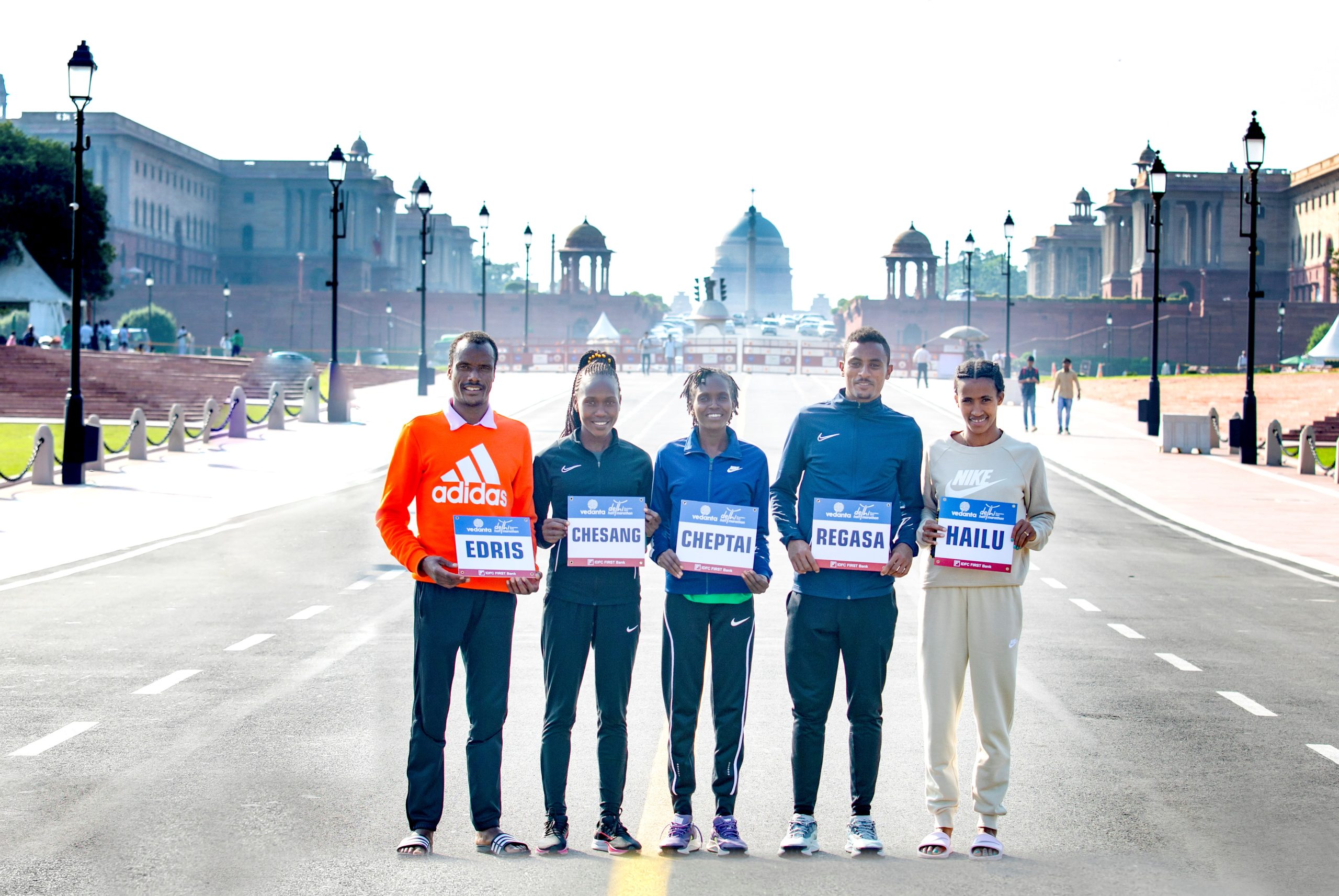 Ethiopia’s two-time 5000m world champion Muktar Edris is looking to bounce back after a summer derailed by an untimely calf
injury. He is not just aiming for the win but the Vedanta Delhi Half Marathon course record on Sunday, October 16.

Edris, now 28, made an impressive half marathon debut in Delhi in 2020 and finished fourth on that occasion in 59:04. He improved his personal best in the Spanish city of Valencia 12 months ago to 58:40 to make him the fastest runner
in the 17th edition of the World Athletics Elite Label Race, which is one of the world’s most prestigious races over the distance.

“Sunday will be only my third half marathon but I will certainly try for the course record. I am now back in good shape,” commented Edris.

“I ran well [over 5000m on the track] at the Diamond League in Rome in the summer but had some calf problems after another race in Paris.

“When I went to Eugene [to defend his world title] I didn’t get a good result but now everything is much better,” he added at the pre-race press conference.

The current course record is 58:53. His personal best is 58:40 from Valencia 2021. He is also a two-time World Cross Country Championships bronze medallist, once as a junior and once as a senior athlete.

Just two weeks ago, Edris had his first race since the World Athletics Championships in July and got a morale-boosting win over 10km on the roads in Trento, Italy over a high-quality field.

Now his target is producing the fastest half marathon ever seen in India and beating the course record of 58:53 set by his compatriot Amedework Walelegn in 2020, which would earn him a US $12,000 bonus in addition to a US $27,000 first prize cheque.

Among Edris’ challengers on Sunday will be Kenya’s Felix Kipkoech and Ethiopia’s Chala Regasa, the second and third fastest men in the field with personal bests of 58:57 and 59:10.

Kipkoech proved that he was back to form after a long period struggling with injury when he finished third in 59:07 in the Copenhagen Half Marathon last month.

Regasa finished sixth in the Danish capital but was only six seconds in arrears of Kipkoech.

“I’ve had information about this course, and I like this course. Like Muktar, I’ve come here to run a personal best,” said Regasa, who revealed that one of the reasons he was so enthusiastic to race in Delhi was that he was fascinated by the depiction of India in the movies.

On an afternoon of further revelations, Kenya’s Irine Cheptai – already a winner in India this year at race organiser Procam international’s TCS World 10K Bengaluru 2022 in May – divulged that her track career is coming to a
close.

“Next year I want to run my first marathon and so this race is preparation for that,” said the 2017 world cross-country champion and the fastest women in the international elite field with a personal best of 66:43.

Cheptai’s main rival could be Ethiopia’s Lemlem Hailu, the 2022 world indoor 3000m champion who will be making her debut over the distance having never run further than four miles before.

“To be honest, I am enjoying training for the roads much more than for the track, which is very hard. Training for a race like this is much more relaxed,” said Hailu, who admitted that she was a little nervous about her huge step into unknown territory.

Unfortunately, the previously announced Uganda’s Jacob Kiplimo, the reigning world half marathon champion, is a late withdrawal from the Vedanta Delhi Half Marathon 2022 owing to a slight hamstring injury.