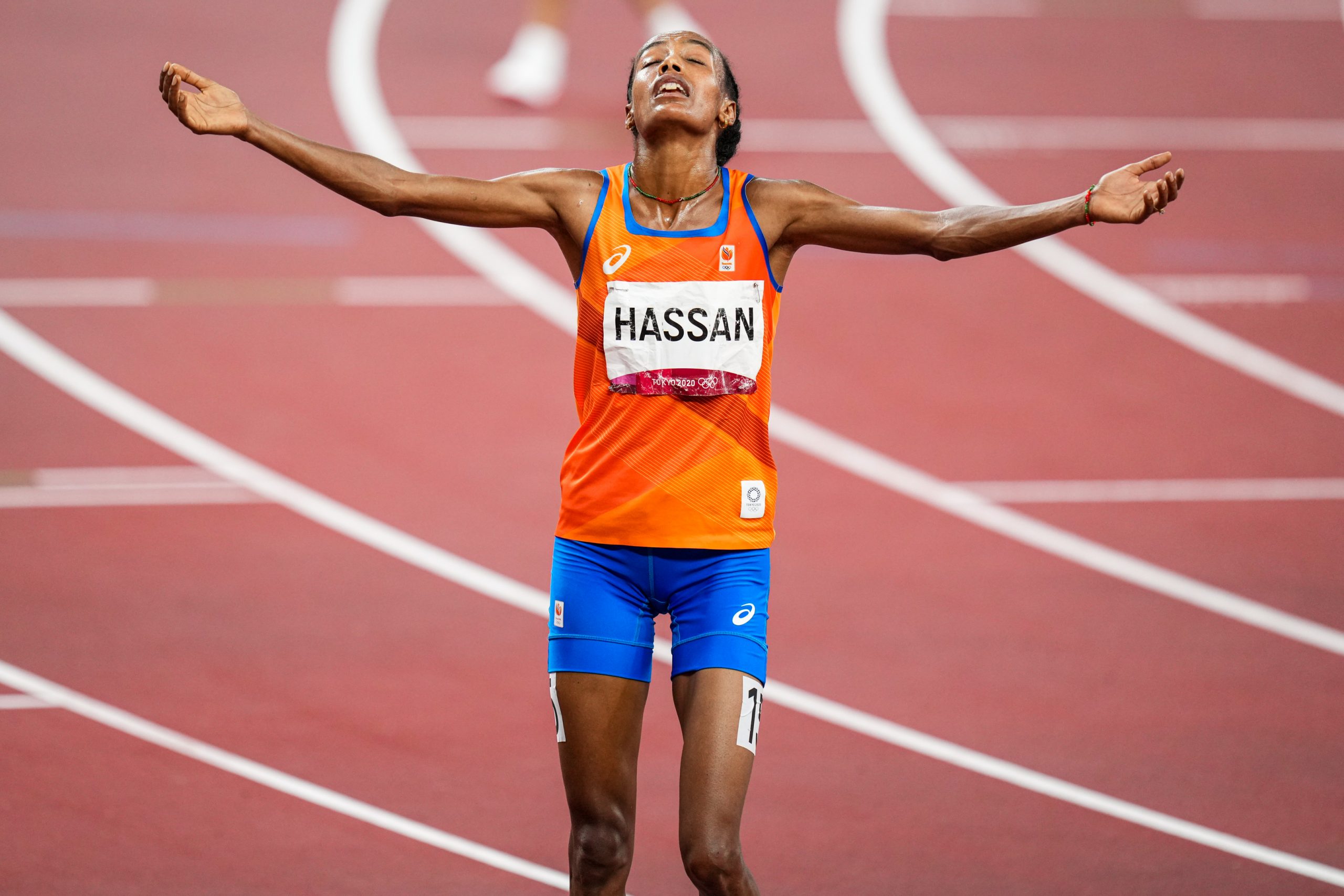 Gidey had competition though. Former Ethiopian Sifan Hassan who now runs for the Netherlands took two gold medals in Tokyo, in the 5000m and 10,000m events as well as a bronze in the 1500m event. The 29-year-old holds several, national, European, and world records including for the one-hour race which she accomplished 18.930 kilometres.

Ethiopian Gudaf Tsegay though would prove to be a tough competitor bringing her 14:13.32 personal best to the line.

The race had erratic pacing until Gidey injected some speed, which she shared with Tsegay a couple of times.

Over the final few laps, the field began to spread. During this period, Hassan, who is known for starting at the back and working her way up to the front to unleash a ferocious sprint, did exactly that. At one point she cut from lane two to lane one directly in front of Gidey and unleash a deep effort, but there were six in the lead group on the final bend and it would be Tsegay who would unleash a well-timed powerful kick for the win, dropping Gidey and Hassan hard.

She won in the time of 14:46.29. Finishing in second was Chebet in a season-best 14:46.75. Taking third was Ethiopian Dawit Seyaum recording a 14:47.36 finish time. Gidey and Hassan finished in fifth and sixth positions, respectively.

After the race, while the athletes were celebrating, an Ethiopian man ran onto the track and lifted both Tsegay and Seyaum into the air. He was carrying a Tigray flag. Currently, there is a civil war going on in Ethiopia and the two athletes are from the Tigray region.