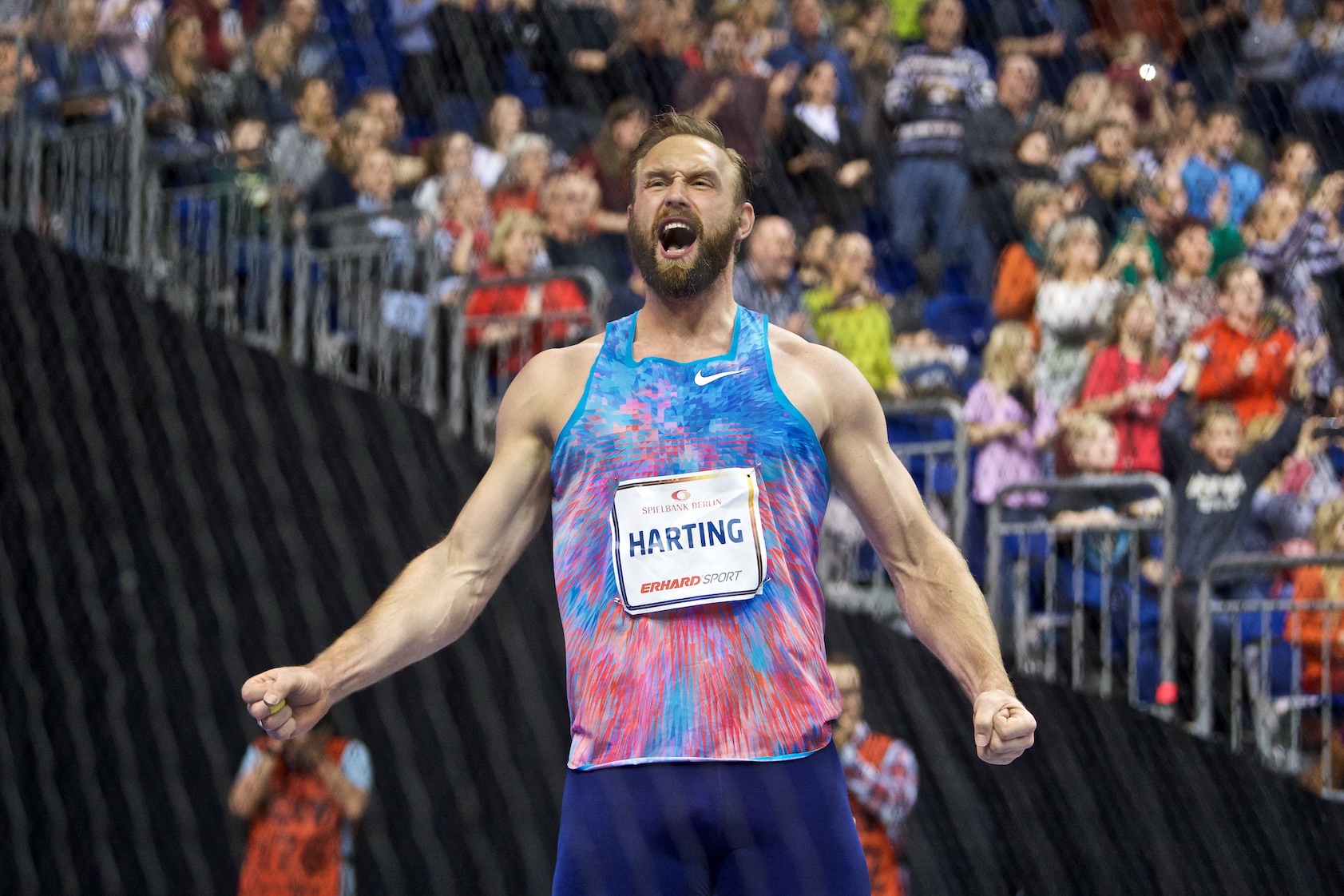 All Germany’s six European champions will be returning to Berlin’s Olympic Stadium for the ISTAF meeting on September 2. Among the opposition for Gesa Krause, Christin Hussong, Malaika Mihambo, Mateusz Przybylko, Thomas Röhler and Arthur Abele will be not only European competitors but rivals worldwide. This end of season meeting brings a particular challenge for these European champions in front of their home fans culminating in what should be a memorable farewell for the discus star Robert Harting. The Berlin athlete will be making his final competitive appearance in the Olympic Stadium, choosing the 77th edition of ISTAF, part of the IAAF World Challenge Series, to bring the curtain down on his career.

Robert Harting will leave the athletics stage on September 2 as one of the most successful German athletes of all time. The 33-year-old has been Olympic champion, three-time World champion and twice European gold medallist. Robert Harting and ISTAF – the names have been synonymous for the past decade. In 2008 he competed in Berlin’s international event for the first time and finished third on his debut, setting his name on the winner’s podium from 2010 to 2014. “ISTAF has been my home game, my homestead,” says Harting. “In extreme situations I like to be among family and friends – that’s why I am saying goodbye at ISTAF.”

His ninth appearance at ISTAF will be his last as an elite competitor – and it will be a special one: a double-decker bus will be driven into the stadium and provide a ringside seat for friends, family and guests as well as a mobile stage. By the time the discus ace takes his final throws, all the other action in the stadium will have ceased, so all eyes will be on Harting. There will also be a Robert Harting stand for fans. “Robert has won much more than medals for German athletics. We want to honour his achievement,” said the meeting director Martin Seeber.

After the successful defence of her European title Gesa Krause is planning her next highlight for Berlin’s Olympic Stadium: the 26-year-old is aiming to break the German 3,000m steeplechase record at ISTAF on September 2. The national record is already in the popular Krause’s possession, having run 9:11.85 at last year’s ISTAF. Apart from winning European gold, the second objective of her season was always to run under 9:10. “Breaking 9:10 is still a target for me. At the European Championships it was all about winning, the time was secondary,” explained Krause. “Now at ISTAF I want to break my best time. Whether I can run under 9:10, we’ll have to wait and see.”

“The German athletes thrilled us at the European Championships. Our aim is to present as many medallists as possible to the fans. We are delighted that all six German winners and many other medallists as well as international stars will be seen in action on September 2. That’s why we have changed the programme schedule,” explained Martin Seeber.

For the first time since 2011 ISTAF will be staging a men’s high jump and the European champion Mateusz Przybylko is included. “I am delighted to be competing at ISTAF,” said Przybylko. An event has also been added for Christin Hussong, enabling the European women’s javelin champion compete before her male team-mates – the European champion Thomas Röhler, silver medallist Andreas Hofmann and World champion Johannes Vetter – make their entrance into the ISTAF proceedings. Hussong will feature in a compact women’s event against three rivals. The long jump has long been a staple of ISTAF so fans will see the European gold medallist Malaika Mihambo in action while Artur Abele will also be in action. The European decathlon champion will run the 110m hurdles.

More information concerning international rivals for Germany’s European champions will follow but the country’s sprint star Gina Lückenkemper is already looking forward to her competition. “There’s nothing better than celebrating a successful season with the great fans at ISTAF,” said the European silver medallist at 100m who also won a bronze medal with the German 4 x 100 m squad. Both events are on the programme for ISTAF on September 2.