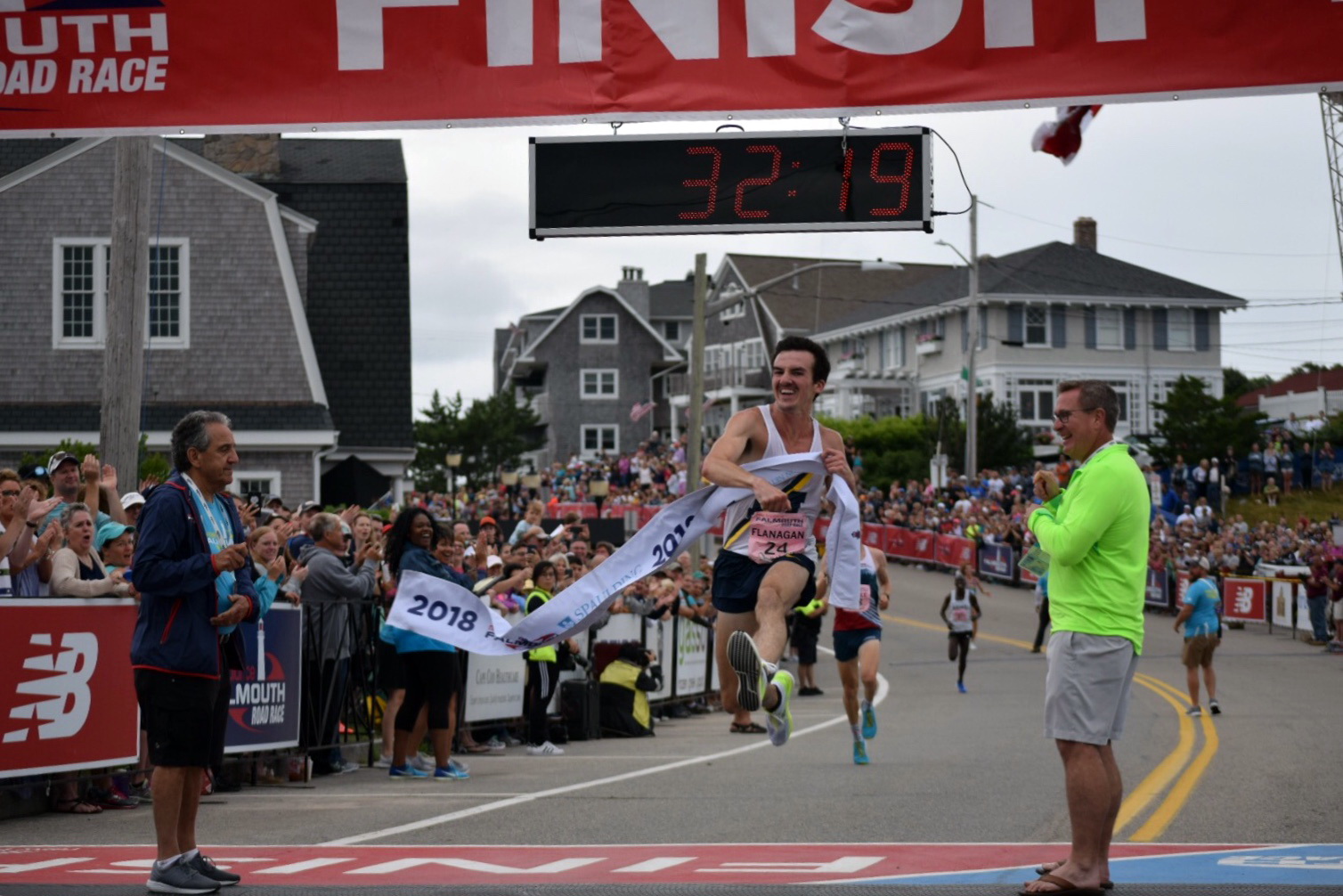 Ben Flanagan of Kitchener, ON is having the type of breakthrough year that many runners while away their long runs dreaming of.

In June 2018, he won the NCAA 10,000-metre championships with a furious sprint finish, his final lap was otherworldly. Then he proceeded to celebrate and seek out his mother to share the moment with.

The race took place in Eugene, OR, at Hayward Field, it was stunning. He ran to a big new personal best of 28:34.53, a 39-second improvement.

On July 5th he took on the Canadian Championships in the 5,000-metre event. It was more tactical and he finished third in the time of 14:36.66. Back in February, in a race that provided a little foreshadowing of what was to come, he finished second in an indoor 5,000-metre race at the Ames Iowa State Classic, finishing in a solid 13:48.58.

Sunday, Aug. 19 he ran the seven-mile (11.26K) Falmouth Classic Road Race in Falmouth, Mass in the time of 32:21. He is the first Canadian to win it and the first man from North America to win in 30 years.

If Flanagan ran that pace over 10K, he would have finished in approximately 28:40.

“It was an unexpected win, so it was very exciting for me,” Said Flanagan. “The Falmouth community is unbelievable. I really had a blast and got to share the wonderful experience with some family, friends and my amazing host family – the Ghelfi’s.”

Asked about expectations going into the race, the University of Michigan alum told Athletics Illustrated, “Going into the race my goal was to be in contention with the lead group at 6-miles and then re-evaluate from there. Fortunately, I was feeling good and decided to go for it over the last kilometre.”

Flanagan isn’t afraid to celebrate after winning. He was captured on camera, leaping through the finish tape, pumping his fist. It is the type of celebration that the sport could use a little more of.

“The feeling is indescribable. I’m enjoying the moment and am very grateful for all of the support.”

This improved performance level surprised both Flanagan and Coach Kevin Sullivan as he spent most of January in the pool, with the underwater treadmill and Alter-G because he had a foot injury.

“You could see the potential was there for a big year when he ran 13:48 indoors off of three weeks of on-ground training though,” said Sullivan.  “But, just as it seemed things were going in a positive direction his foot flared up again the week of the indoor conference.  We spent the next four weeks again in the pool, underwater treadmill, Alter-G and on the bike and then just went about trying to be better each week as the season progressed.  With a total of two months of compromised training, there wasn’t consistency in the sense of being on-ground, but we were able to really hit some intense workouts due to the non-weight bearing situation he was in,” added Sullivan.

“The biggest thing that benefited Ben was a genuine belief by him and by me that he could be in position to win any 10k he was in this year, including the NCAA Championships.”